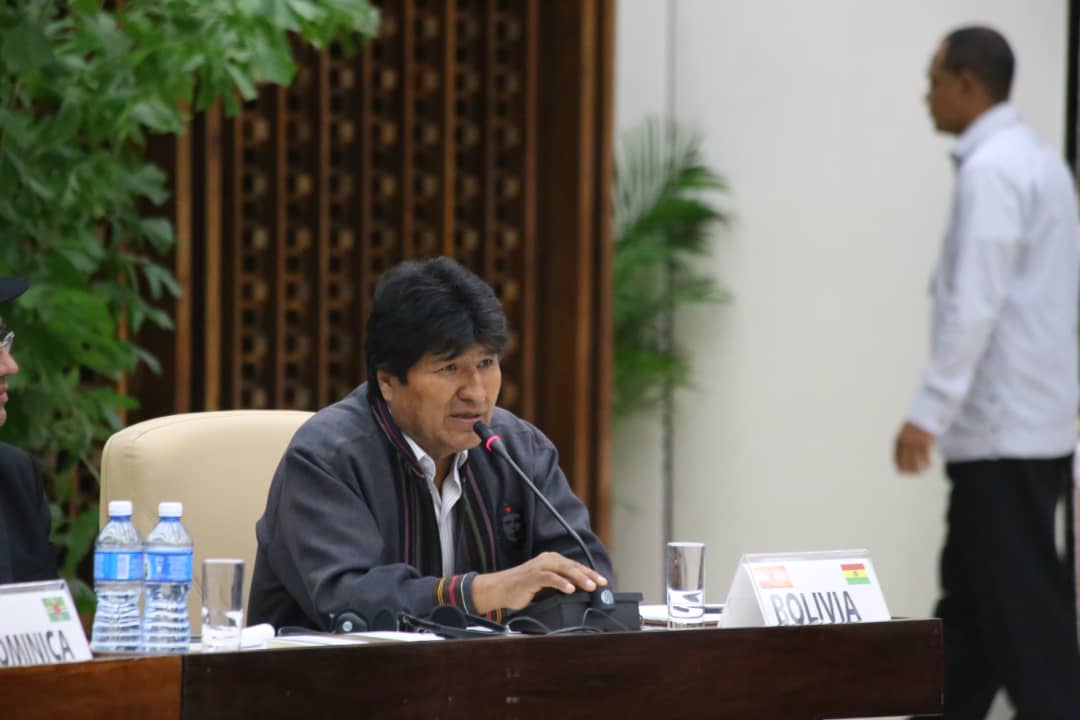 Evo Morales, president of the Plurinational State of Bolivia, stressed that the economic policies that are under capitalist rule represent the oppression of the peoples threatening the sovereignty and territorial integrity of the countries of Latin America and the Caribbean.

The Bolivian Head of State affirmed that the Bolivarian Alliance for the Peoples of Our America is a space for permanent debate that has become a “patrimony for peace”, with Fidel Castro from Cuba being the promoter to stop the armed conflict in the Isla and Hugo Chávez, who intervened in the liberation of the hostages in Colombia, facts that, for Morales, guaranteed peace in the region.

“The best legacy left by Hugo Chávez and Fidel Castro was integration in Latin America (…) If there is no equality and social justice, there can be no peace”, he said.

In his speech at the XVI ALBA-TCP Summit, Morales assured that there are multiple mechanisms that the right-wing uses in the world to attack the left-wing governments. In this sense, he referred to the judicial coup as a strategy to dismantle the progressive countries that oppose following the capitalist structure.

“It is our obligation to keep advancing in the liberation of the peoples (…) I am very confident and the ALBA is a hope for the peoples”, he said.