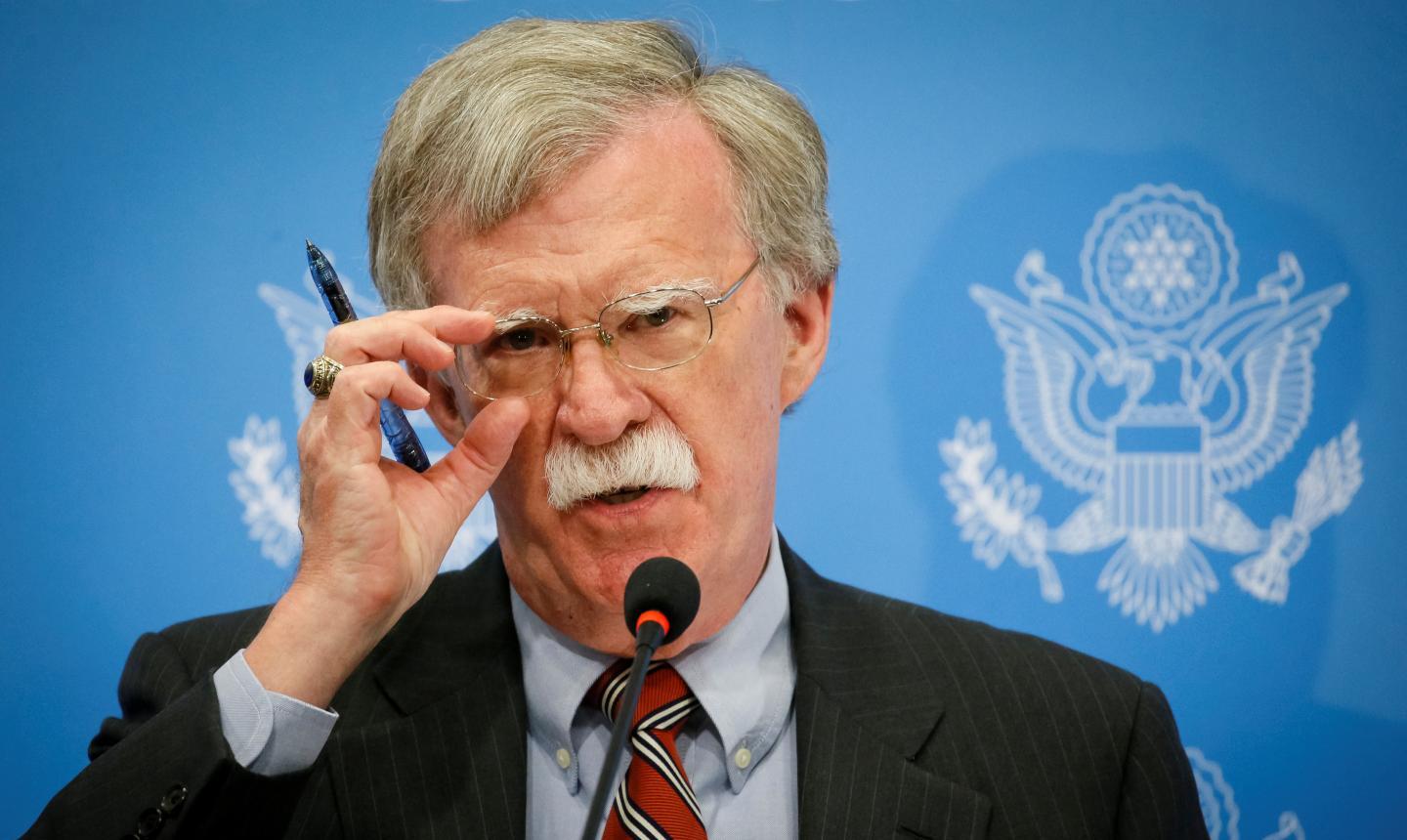 President Nicolás Maduro warned on Wednesday about new conspiracy plans against Venezuela during a press conference with national and international media from Caracas. He assured that John Bolton, White House National Security Advisor, is involved in a plot to assassinate him, for which he invited the US Charge d’Affaires in the country.

These complaints, gravely qualified, are based on information from various sources connected to American governmentality, which is why the US Congress and the press should investigate.

The style of the “incarnate demon”

On April 9, the former National Security Advisor of the Trump Administration, H.R. McMaster, left the office to be replaced by John Bolton. McMaster was also appointed last year to help stabilize the administration following the dismissal of Michael Flynn.

Bolton is known as an interventionist man, he served as ambassador to the United Nations during the term of President George W. Bush and his name was floating in various positions before Trump took the office, particularly in foreign policy. This included the position of Secretary of State, always as an unofficial Trump fan.

Some media frenzy had his designation due to his direct, and often extreme, comments that make him a dogmatic of “let’s bomb today and ask tomorrow”. Bolton’s foreign policy credentials are so extreme that they have made John McCain look like an innocent being. He recently suggested the US to attack on both Iran and North Korea, for example, and during a speech in 1994 he made comments such as “there is no United Nations”.

When he worked in the Bush administration as Under Secretary of State for arms control and international security, Bolton pushed the Iraq war and told the BBC he was “confident” that Saddam Hussein had “hidden weapons of mass destruction” . Both the Democratic and Republican senators objected to his appointment as UN ambassador in 2005. He has also been linked to anti-Islam organizations and fueled a theory of anti-Muslim conspiracy, according to BuzzFeed News.

In 2016, Bolton spoke at the American Freedom Alliance conference, which says it “promotes and defends Western values ​​and ideals”, but the Southern Poverty Law Center has called it a “hate group”. There, he joked that President Obama was a Muslim. During his speech while speaking about Muslim countries, Bolton burst out laughing at his select audience saying “King Abdullah of Jordan, who is not simply a Muslim king of a Muslim country, unlike our president”.

When meeting with Bolton for the first time in Washington, James “Mad Dog” Mattis, current Secretary of Defense of the United States, joked: “It is good to finally meet you, since I have heard that you are really the devil incarnate”.

"I heard you were actually the devil incarnate and I wanted to meet you" pic.twitter.com/fFaXDgJBuz

Architect of the total and omnipresent war

Last September the White House revealed its national cybernetic strategy in order to strengthen federal cybersecurity and deter “malicious actors” from launching digital attacks against the United States. In this regard, Bolton stated that they would authorize offensive cyber operations against foreign adversaries and confirmed that President Trump had reduced the Obama era rules that restricted such activities.

The document does not mention the use of offensive cyber operations, but emphasizes that the administration will use “all the instruments of national power” to “impose consequences” on malicious cyber-actors. To date, this has involved imposing sanctions, issuing accusations and “naming and shaming” those linked to the cyber attacks of Russia and North Korea.

He also said that the government had “authorized offensive cyber operations (…) not because we want more offensive operations in cyberspace, but precisely to create the deterrent structures that will demonstrate to the adversaries that the cost of their participation in operations against us are taller than what they want them to endure”.

In that order, the war has advanced with attacks from different sides such as the commercial (without leaving the cybernetic field), Meng Wanzhou, financial director of Huawei Technologies of China, was arrested in Canada last Saturday at the request of the US authorities and faces possible extradition to the United States.

In an interview with NPR’s Steve Inskeep, Bolton declined to explain the reasons for his arrest, but said the United States has been concerned about what its considered the theft of the company’s technology expertise. Huawei is one of the world’s leading producers of smart phones and telecommunications equipment. Meng is the daughter of the company’s founder.

The aggressive deployment led by Bolton is clear, designing a single war in various scenarios such as cyber and media. The relationship between China and Venezuela has also wanted to get involved via the media with signals such as the one made recently by the Agency Reuters, through the journalist Angus Berwik, who affirms that the Carnet de la Patria and the platform strengthened by the Chinese company ZTE are used to access strategic information of the population and thus to blackmail economically and politically the citizens who are enrolled in it. A Fake News in the whole line.

At the beginning of November, Bolton met with the Miami’s right-wing and promised that the government he advises would take a hard line towards the “dictators and tyrants who are close to our shores”, and referred to the governments of Cuba, Venezuela and Nicaragua as “the troika of tyranny”. This demonstration of force occurred less than a week after midterm elections in the United States, in which the Republican Party was risking its control over the Congress.

There, he talked about a new line of sanctions, tried to mobilize these diasporas in favor of Trump and announced the signing of an Executive Order against Venezuelan gold by the White House, affirming that it imposed new and harsh sanctions in order to prevent American citizens to get involved with those who make “fraudulent and corrupt transactions” with the metal.

At that conference in Florida, Bolton added that “the United States is excited to be partners with nations like Mexico, Colombia, Brazil, Argentina and many others” in order to “advance in the Rule of Law and increase security and prosperity in the region for our people”.

After the elections in Brazil and a conversation with Bolton, the elected President Jair Bolsonaro said: “We will do everything possible to (resolve the crisis by) the legal and peaceful ways because we feel the reflection of the dictatorship installed in Venezuela”.