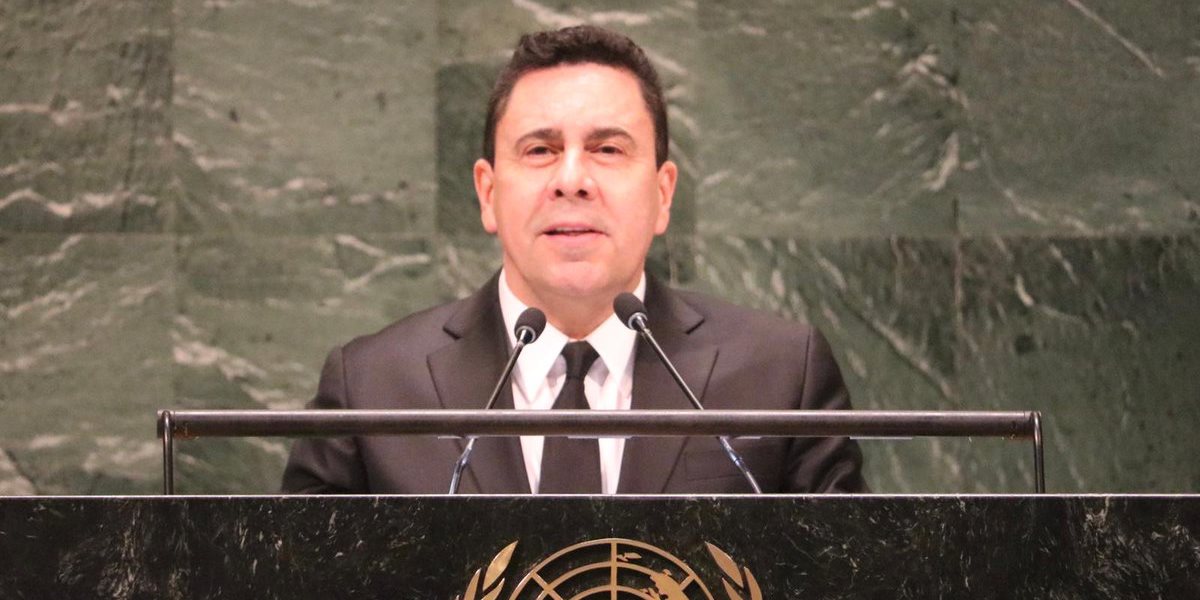 UN adopts proposal of Venezuela and the Mnoal by wide majority

The General Assembly of the United Nations adopted on Wednesday, during a plenary session, a resolution presented by the Bolivarian Republic of Venezuela, on behalf of the 120 Member States of the Movement of Non-Aligned Countries (Mnoal), through which it is established the date April 24 as the “International Day of Multilateralism and Diplomacy for Peace”.

The text was surprisingly put to a vote, at the request of the US delegation, who said that the establishment of such International Day was unnecessary, in line with its policy of contempt for multilateralism. However, the text was approved with a total of 146 votes in favor, while only the United States of America and Israel voted against it.

While presenting the draft resolution to the full membership of the United Nations, Ambassador Samuel Moncada stressed that the adoption of this resolution, which was co-sponsored by 126 countries, represents a recognition of the role of Mnoal in the promotion, defense and strengthening of multilateralism, as well as its efforts in favor of all diplomatic practices aimed at achieving a peaceful and prosperous world, as well as the maintenance of international peace and security.

Also, the Venezuelan diplomat stressed that the commemoration of the aforementioned International Day “will constitute a mean to promote the values ​​of the United Nations, to reaffirm the faith of our peoples in the purposes and principles enshrined in its founding Charter, to reaffirm the importance and full validity of both multilateralism and international law, and to promote our common goal of achieving a lasting and sustained peace through diplomacy”.

Likewise, the Presidential Commissioner for Mnoal Issues highlighted in his speech the commitment of the Movement to strengthen its role as an anti-war and peace-loving force, in accordance with its position of principles in favor of the full realization of a culture of peace in the world.

The adopted text, which negotiations were facilitated by the Venezuelan delegation for several weeks, recognizes that the approach of multilateralism and diplomacy reinforces the promotion and realization of the three pillars of the United Nations; peace and security, development, and human rights, which complement the efforts of the international community to seek the peaceful resolution of conflicts.

In that order, it is worth highlighting this achievement of the Bolivarian Diplomacy of Peace with which Venezuela has once again renewed its leadership at the head of the Mnoal, and with which, the international community reaffirms its commitment and reiterates the importance of multilateralism, especially in the current international situation, when a small minority is committed to unilateralism and arbitrariness in the treatment and development of its international relations.

On the other hand, it is important to highlight that this Venezuelan initiative, which constitutes a concrete action in favor of the establishment of a multi-polar and multi-center world, had the support of various regional groups and political consensus organizations, particularly from the developing world as well as other allied countries such as China and Russia.

The first occasion on which the “International Day of Multilateralism and Diplomacy for Peace” will be commemorated will be on April 24, 2019, in the framework of a High Level Meeting of the General Assembly of the United Nations in which the participation of the General Secretary António Guterres is foreseen, who, from the beginning of his administration, has insisted that the UN should be, precisely, “an instrument for the increase of diplomacy for peace”, in order to achieve that goal, the Organization is relevant to all the peoples of the world.

It is worth remembering that the aformentioned date is of great historical significance for the Mnoal, bearing in mind that it was on April 24, 1955, when the Afro-Asian Conference ended, leading to the foundations of the Movement in 1961 and in which the 10 Bandung Principles, that are still valid for the non-alignment policies, were agreed