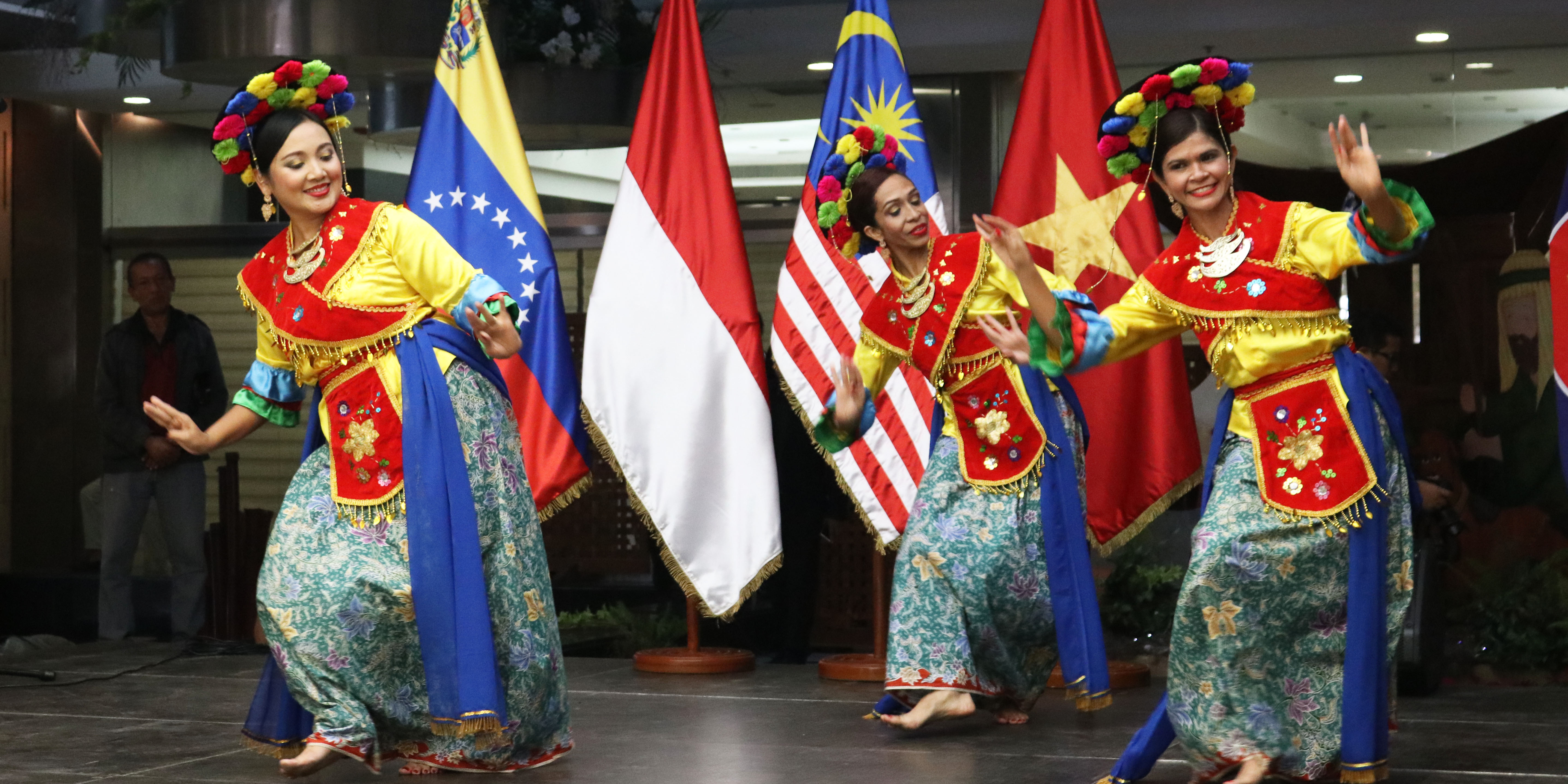 With the aim of strengthening ties of brotherhood with countries of the Association of Southeast Asia, the People’s Power Ministry for Foreign Relations on behalf of the Bolivarian Government held on Tuesday the Cultural Exchange Day Asean-Venezuela.

The event that took place at the headquarters of the Venezuelan Foreign Ministry was attended by the Indonesian Ambassadors in Venezuela, Mohammad Luthfe Witto and Vietnam, Dao Thanh Chung, who were accompanied by the Malaysian Chargé d’Affaires and other members of the Asian diplomat body accredited in the country.

The protocol activity began in the morning hours, while the Vice-minister for Asia, the Middle East and Oceania of the People’s Power Ministry for Foreign Relations, Rubén Darío Molina, offered a welcome speech to the diplomatic authorities to later inaugurate the exhibition that showed together the culture and traditions of Malaysia, Indonesia, Vietnam and Venezuela.

In his speech, Vice-minister Molina -who this year fulfilled several work agendas for Asia- highlighted the friendly relations that unite Venezuela with the Southeast Asian countries which, in his opinion, becomes an indispensable element to consolidate peace between the peoples.

“I have had the opportunity to travel to Indonesia and I have seen how we are united by the friendship and the tropic that characterizes our nations, thus bringing exchanges that allow us to know more closely each of our customs”, he said.

In order to strengthen bilateral relations and cooperation, Molina said that they will continue in the execution of cultural activities that deepen the relationship of Venezuela with the Asian continent.

For his part, the ambassador of the Socialist Republic of Vietnam in Venezuela, Dao Thanh Chung, thanked the government of Venezuela for the cultural approach it carries out, because to his consideration, cooperation in the cultural field not only helps to intensify the understanding between peoples but also encourages solidarity.

The diplomat stressed that the creation of ASEAN 50 years ago has boosted the development of the member countries, changing in particular the situation in Southeast Asia which has promoted dialogue instead of confrontation as a political mechanism.

“We must build living in a positive way, cooperation in cultural matters is the basis for maintaining the peace and stability of our peoples” he said.

After culminating their intervention, the authorities who attended the event, proceeded to cut the ribbon for the opening of the cultural exhibition that showed the traditions and customs of the countries of Southeast Asia and Venezuela, where they also offered food tastings.

The Ambassador of the Republic of Indonesia, Mochammad Luthfie Wito’eng, made the presentation of the typical Indonesian Rantak dances, which through their dance express a story that also refers to martial arts.

Next, the Orchestra of the Bolivarian School of the Republic of Indonesia, delighted the audience with the interpretation of the song Venezuela and the Halo Halo Bandung that describes the spirit of the city of Bandung in the period after its independence.

To close the event, the National Company Dance-Venezuela gave a sample to the assistants of the typical dances and the Venezuelan cultural heritage on the rhythm of the Zulia’s tambora and joropo. 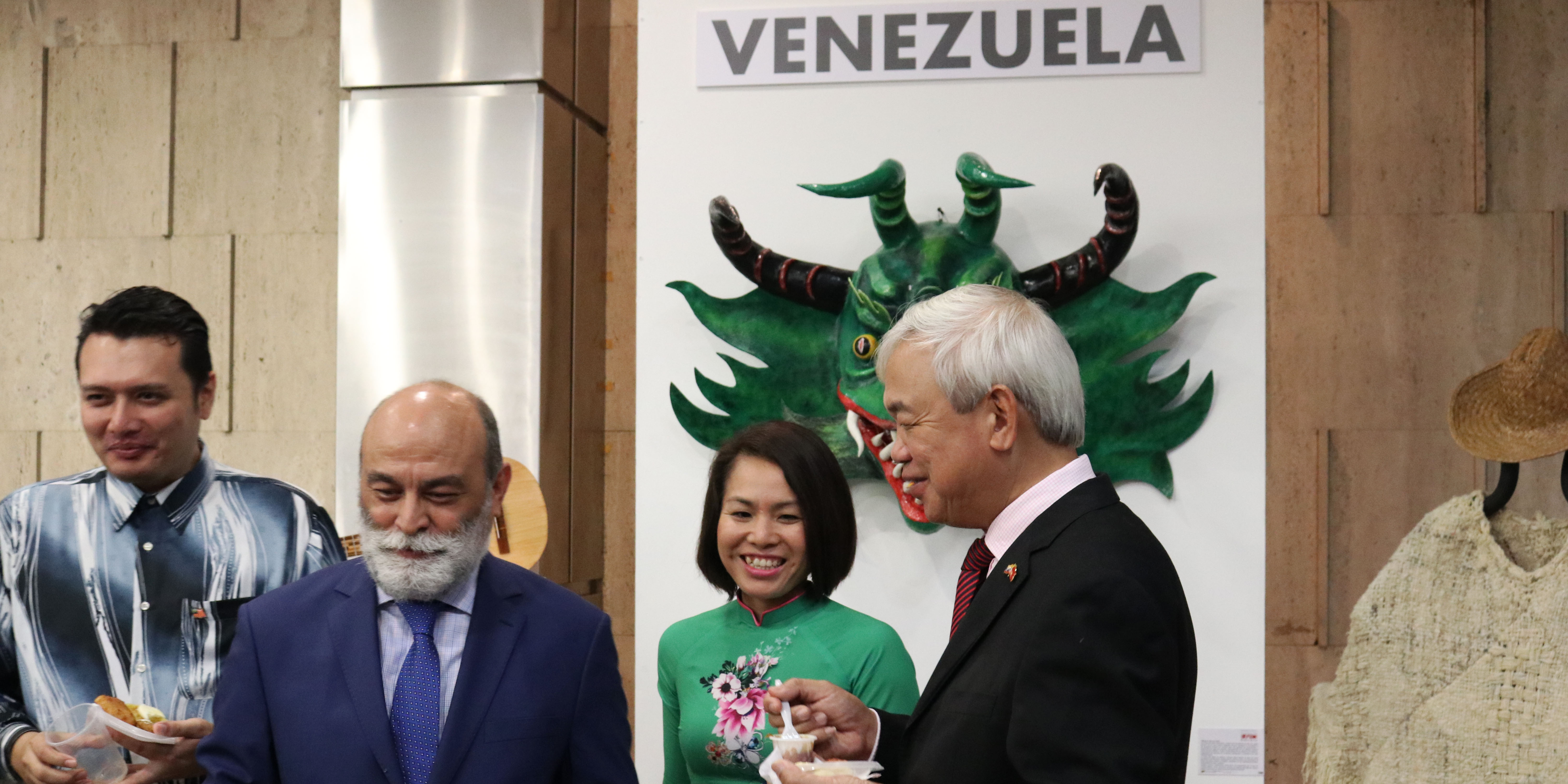 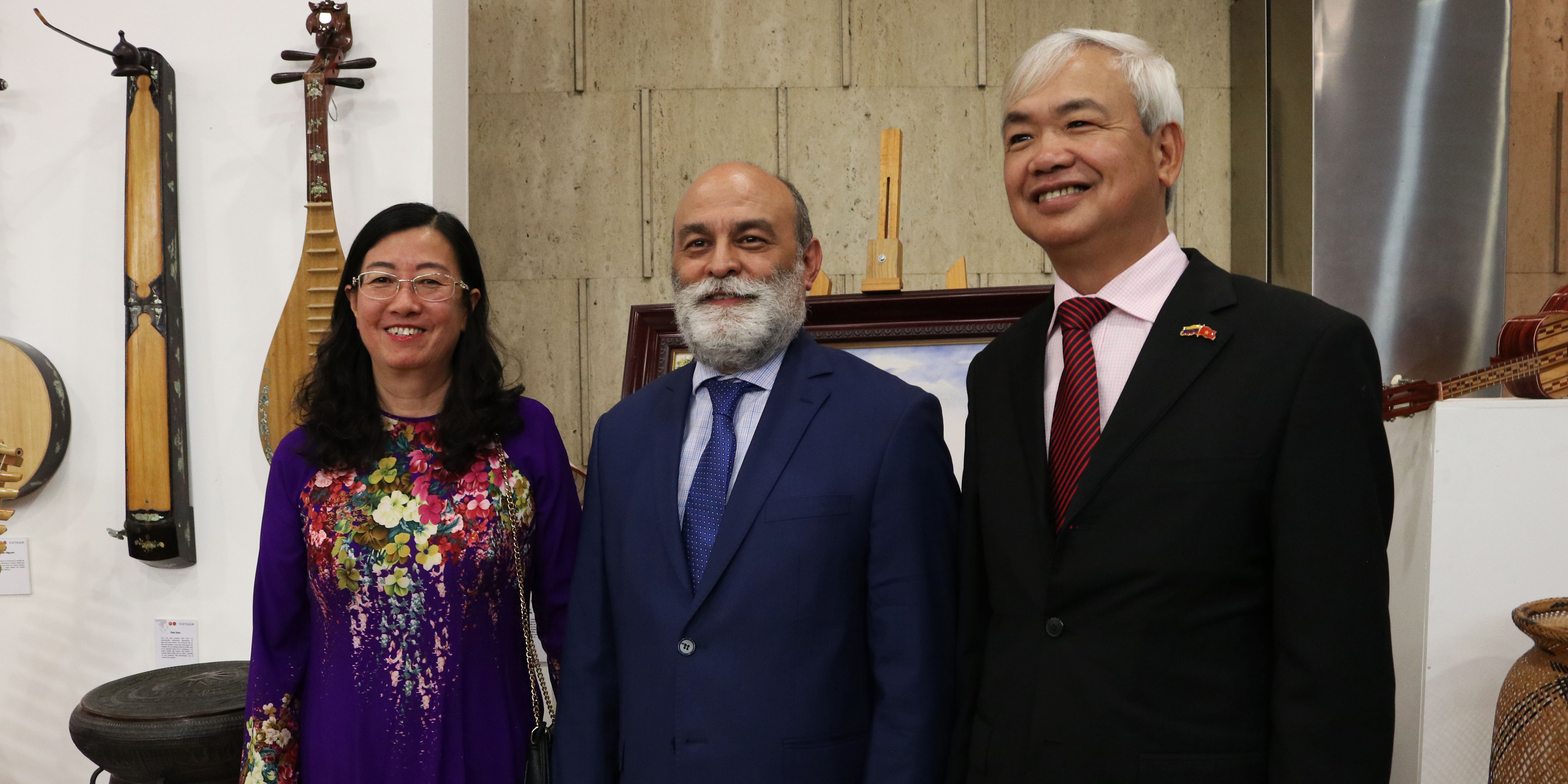 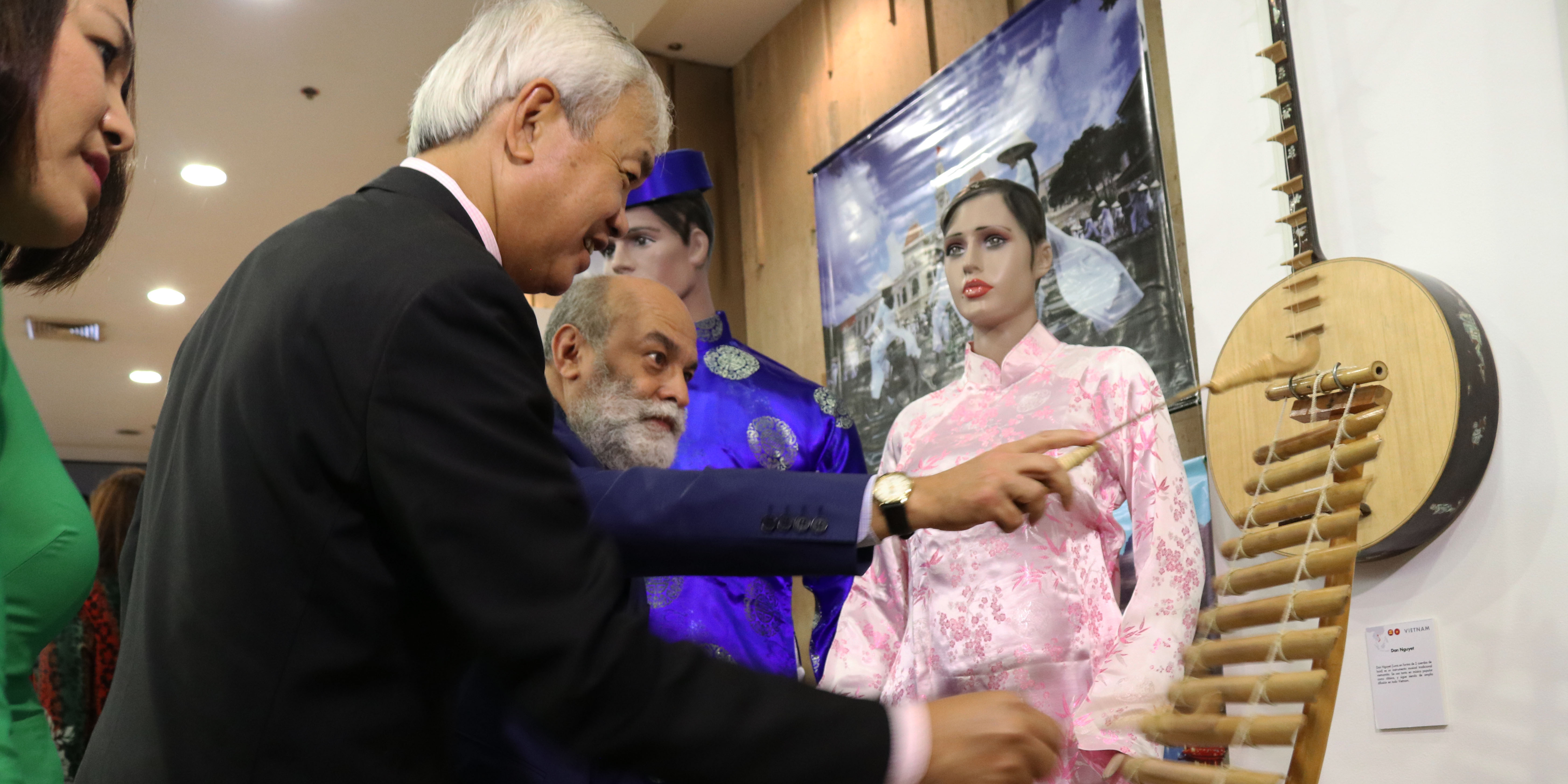 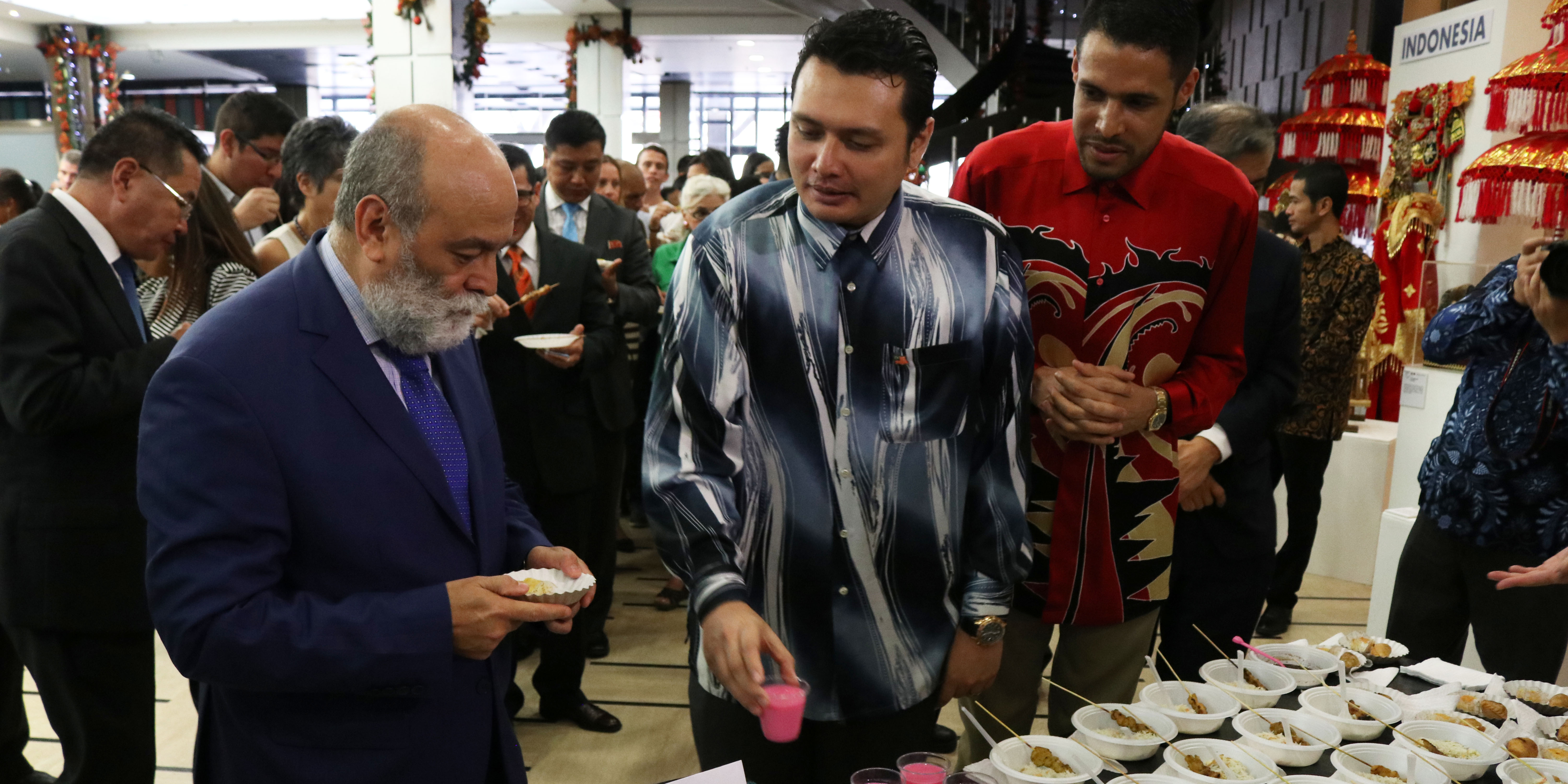 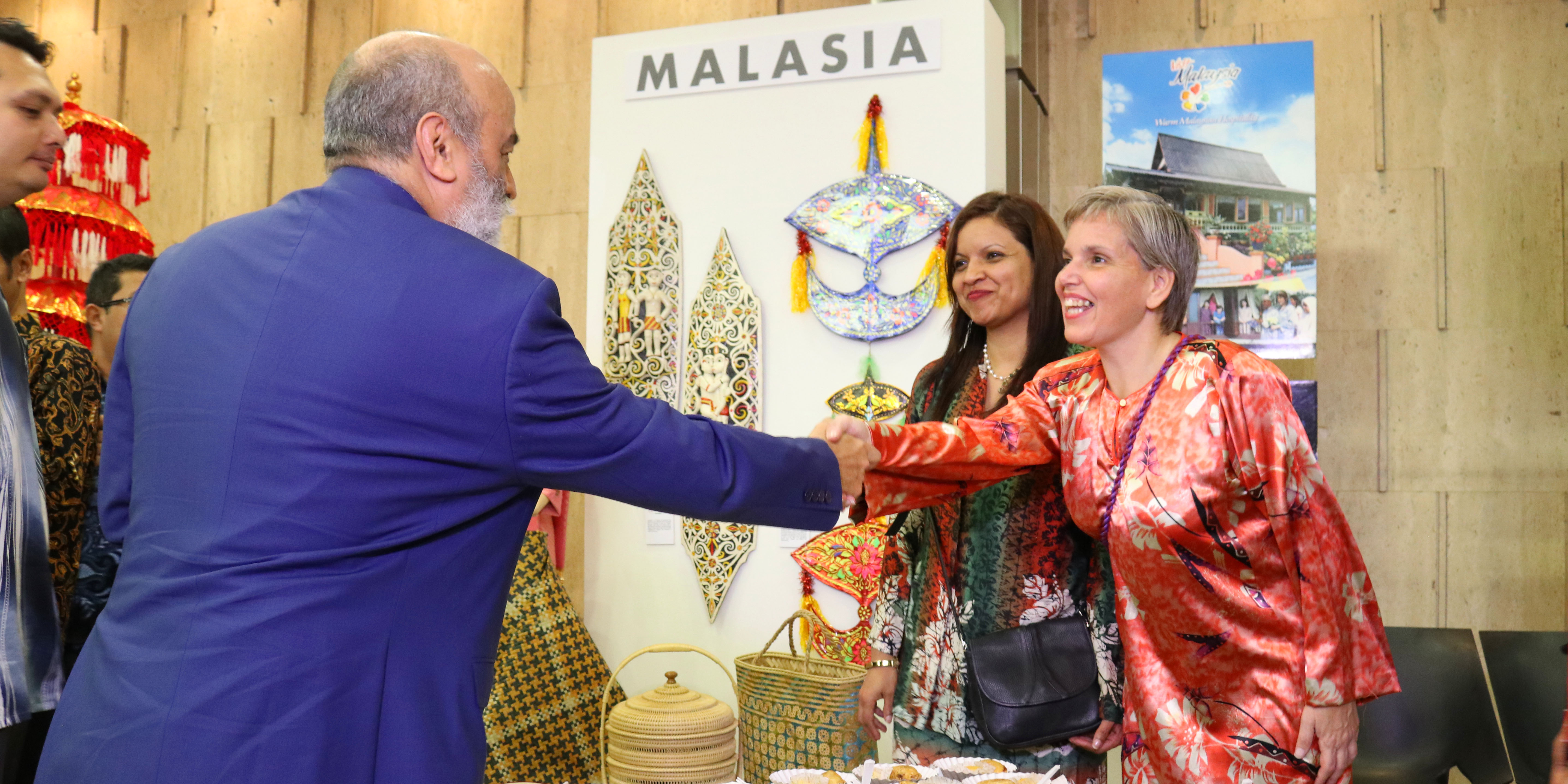 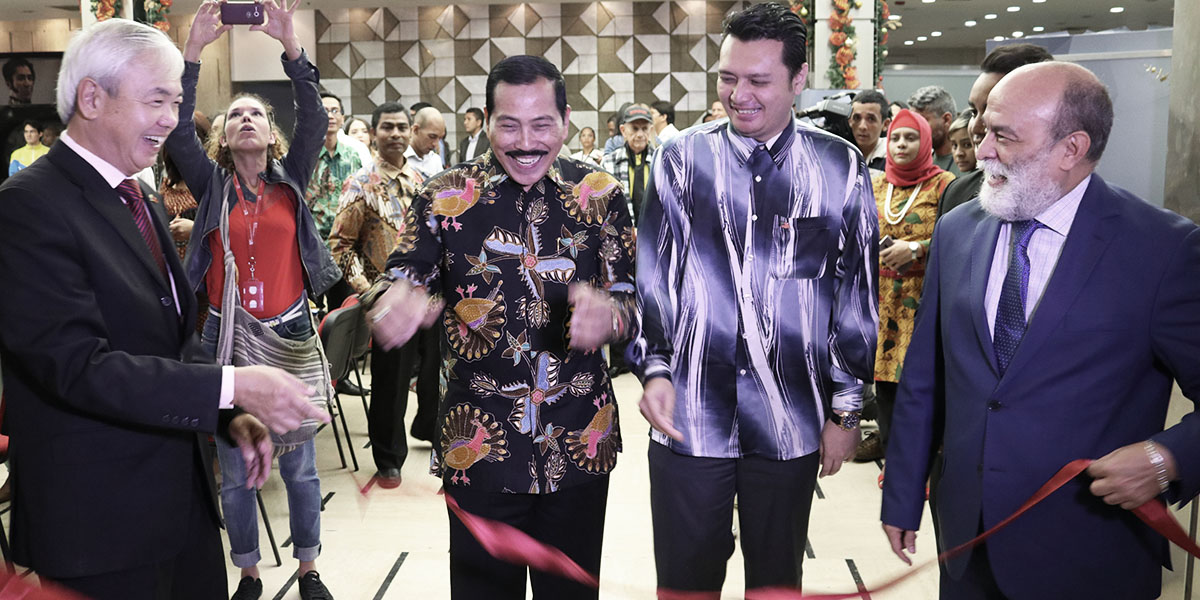 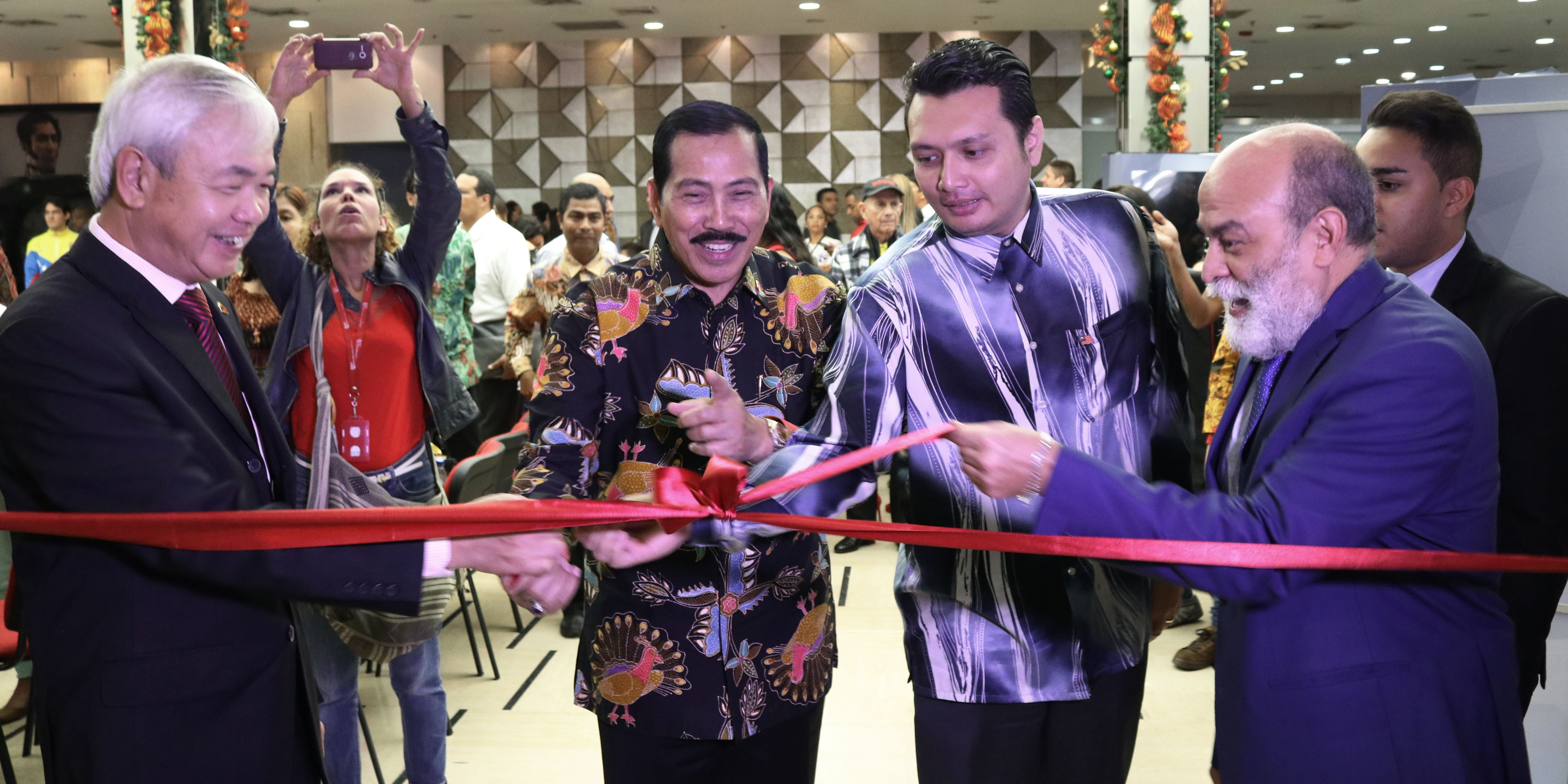 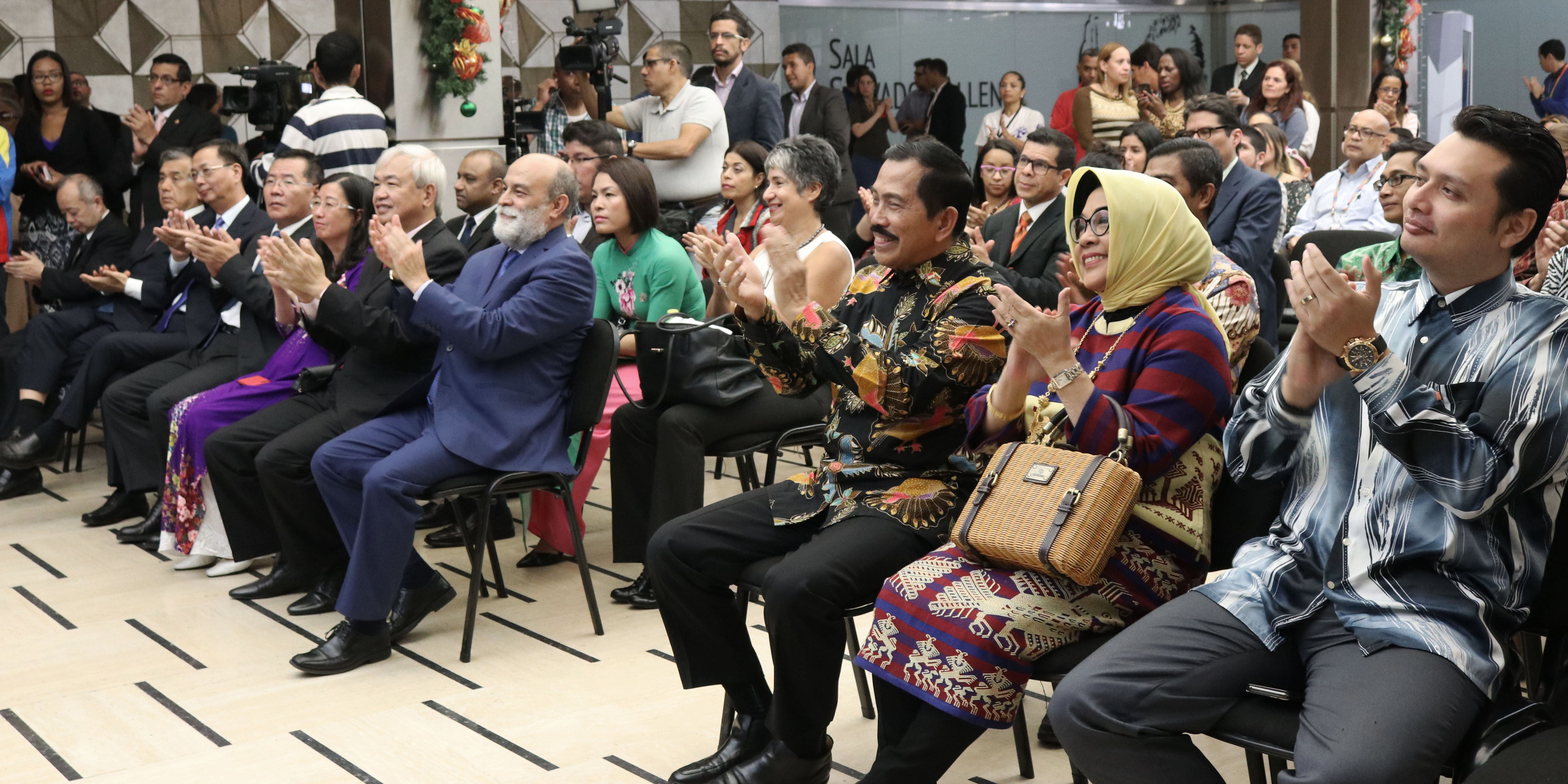 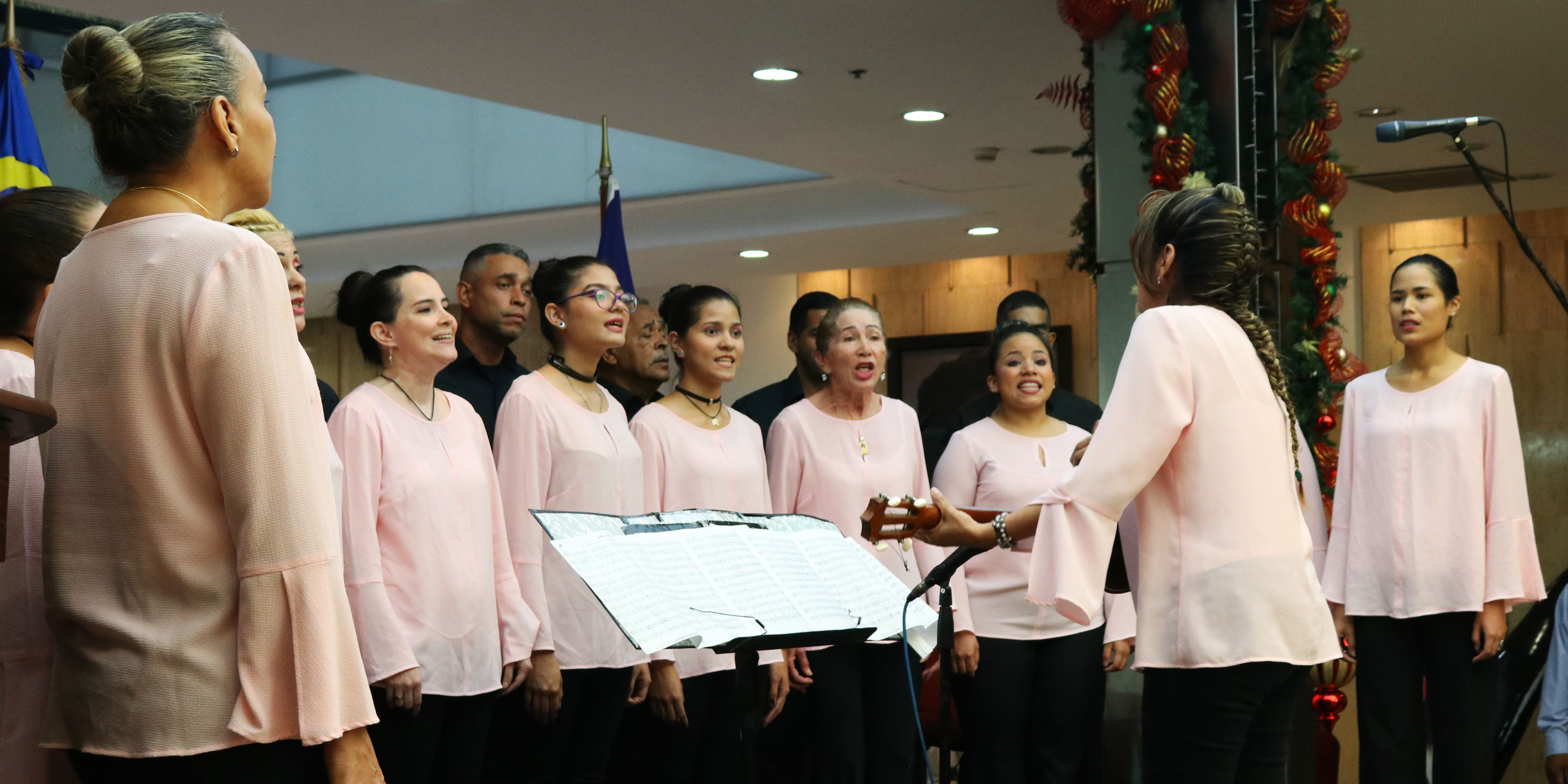 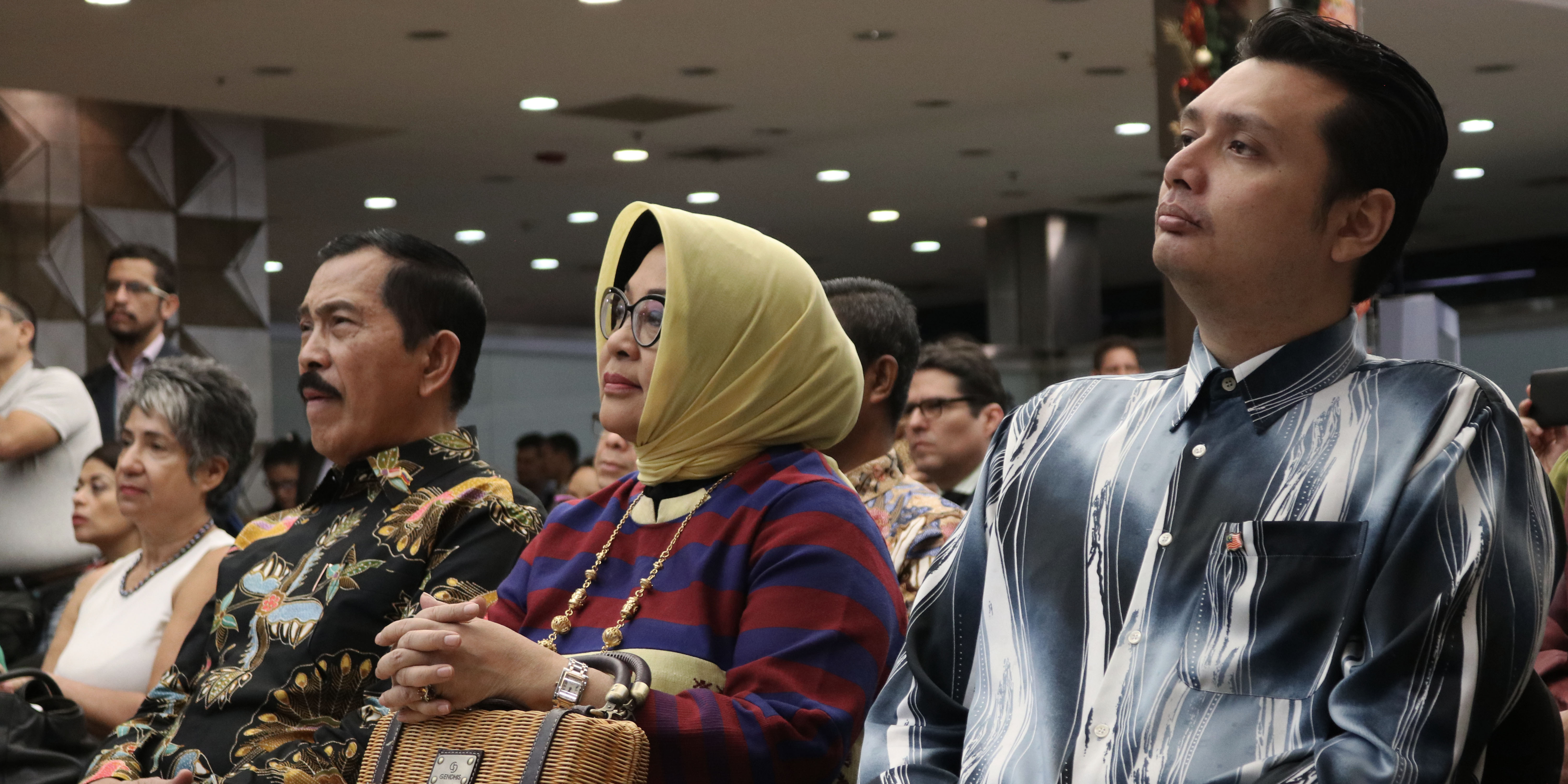 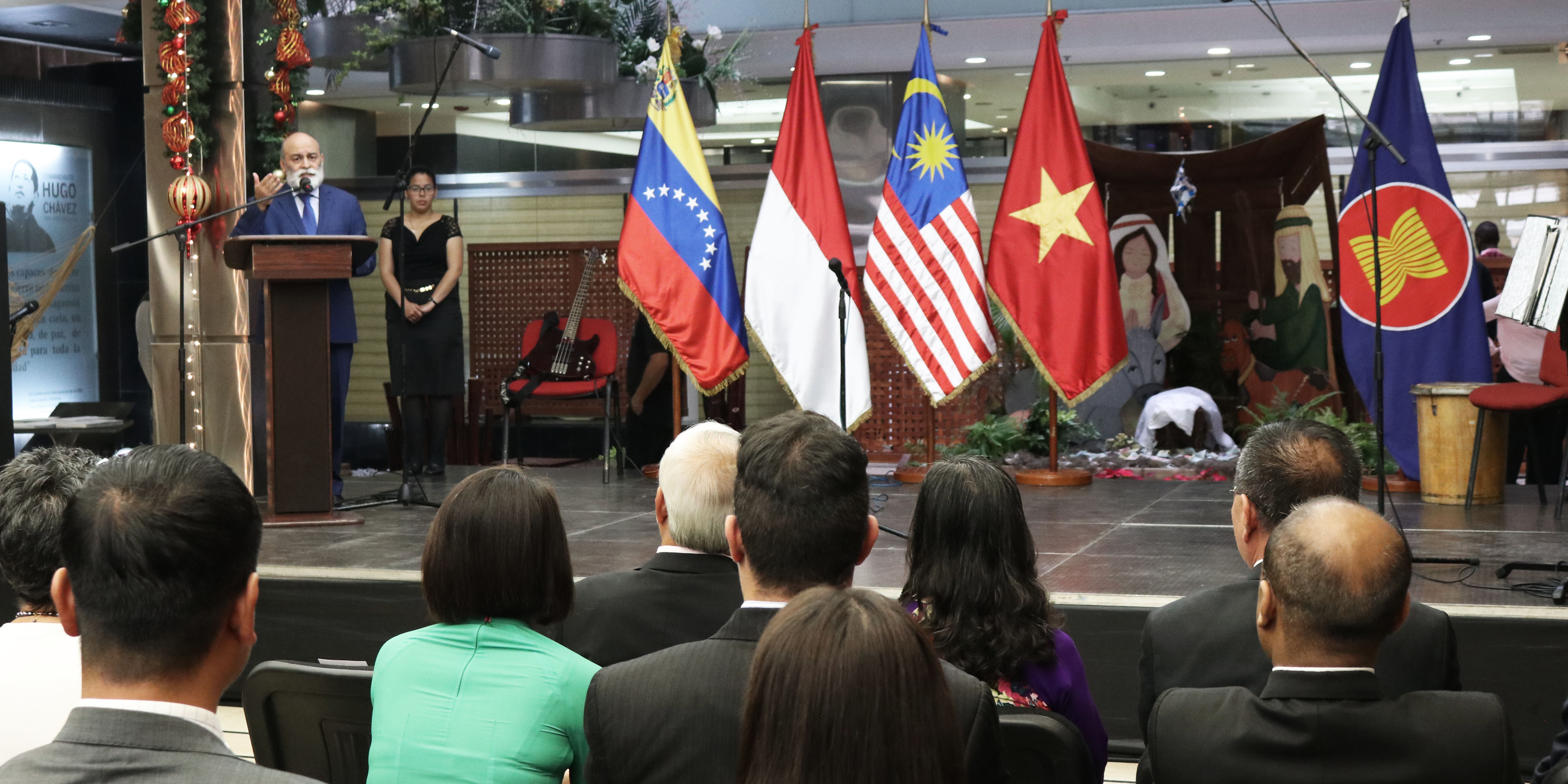 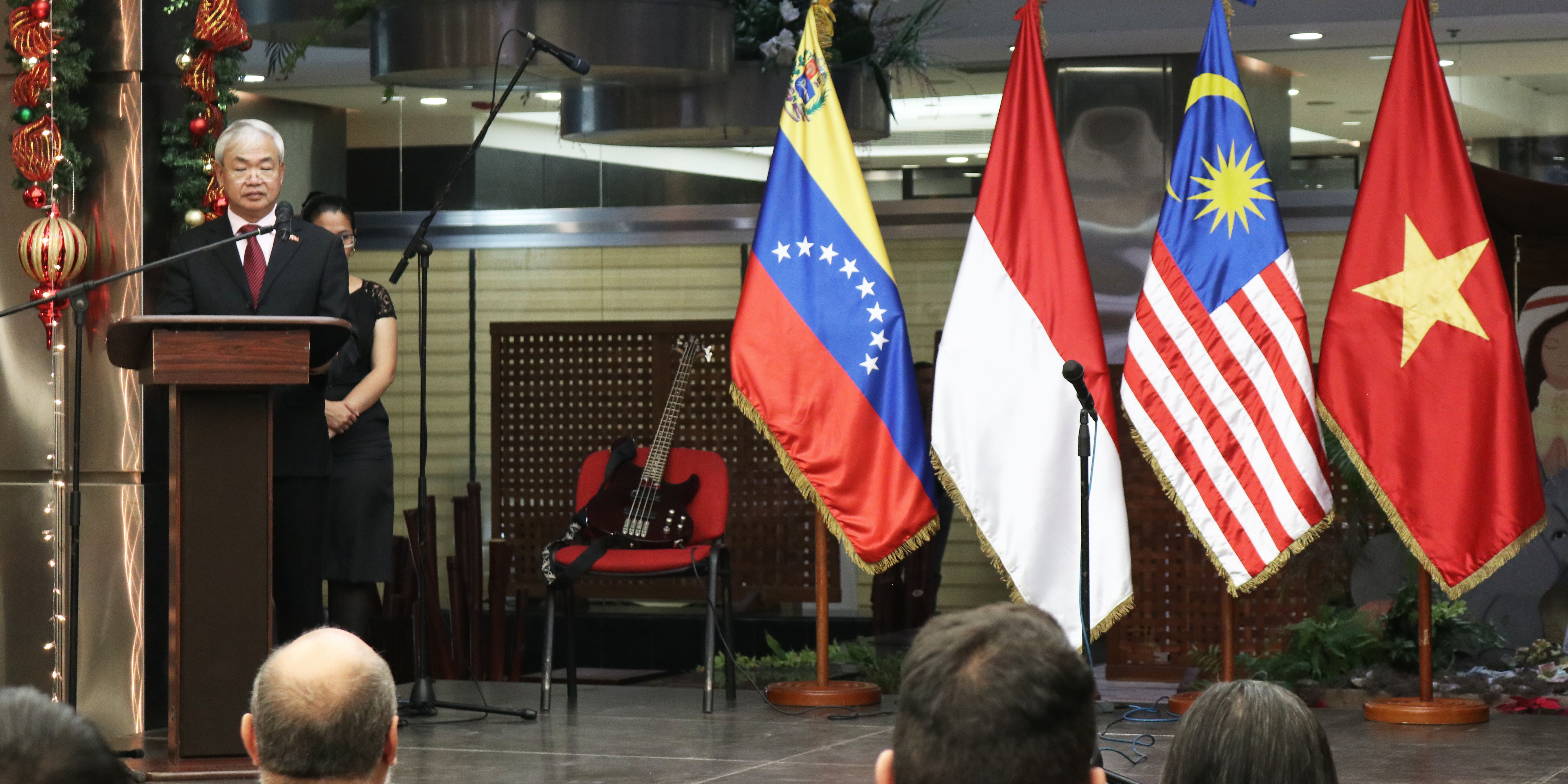 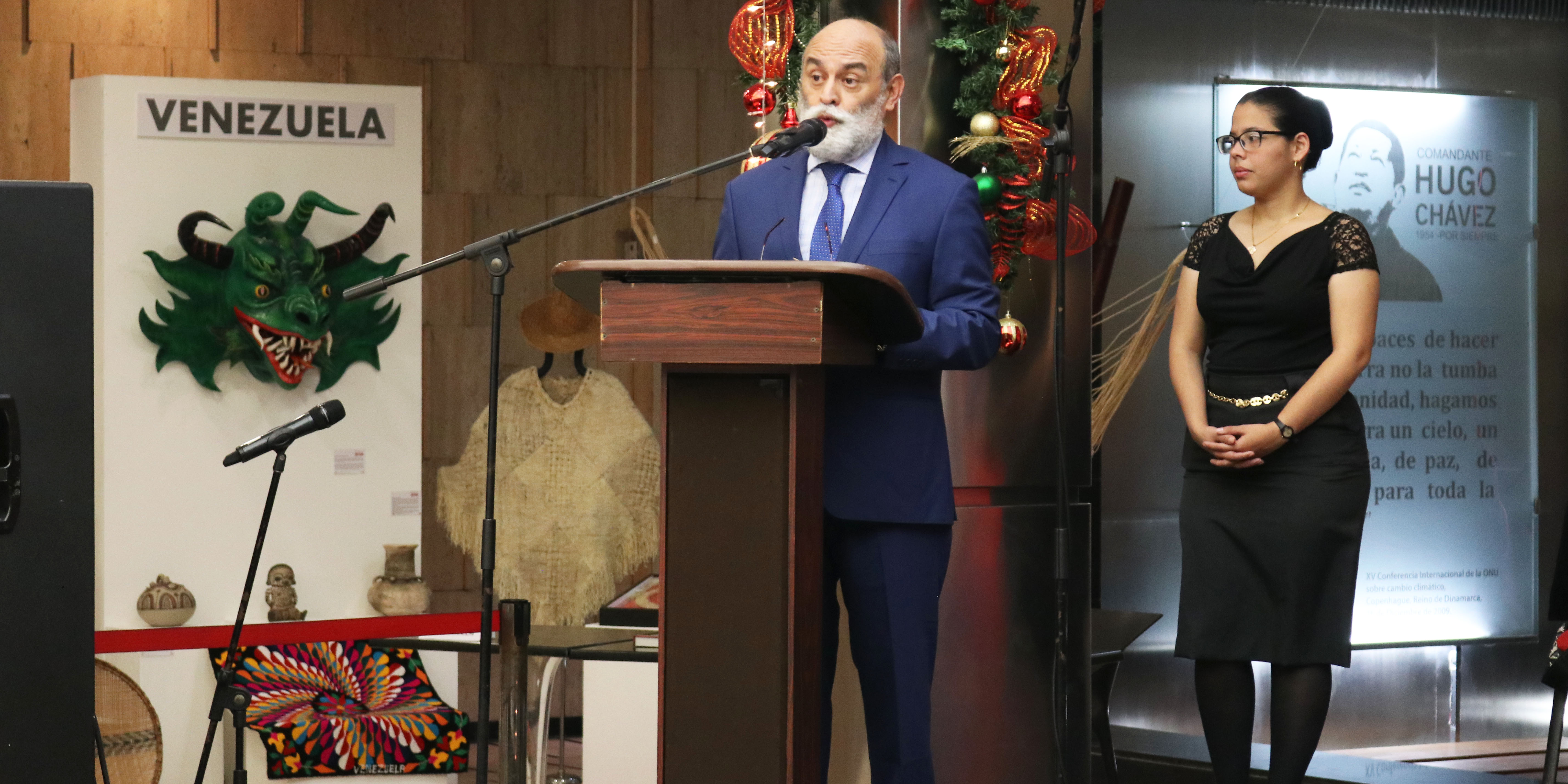 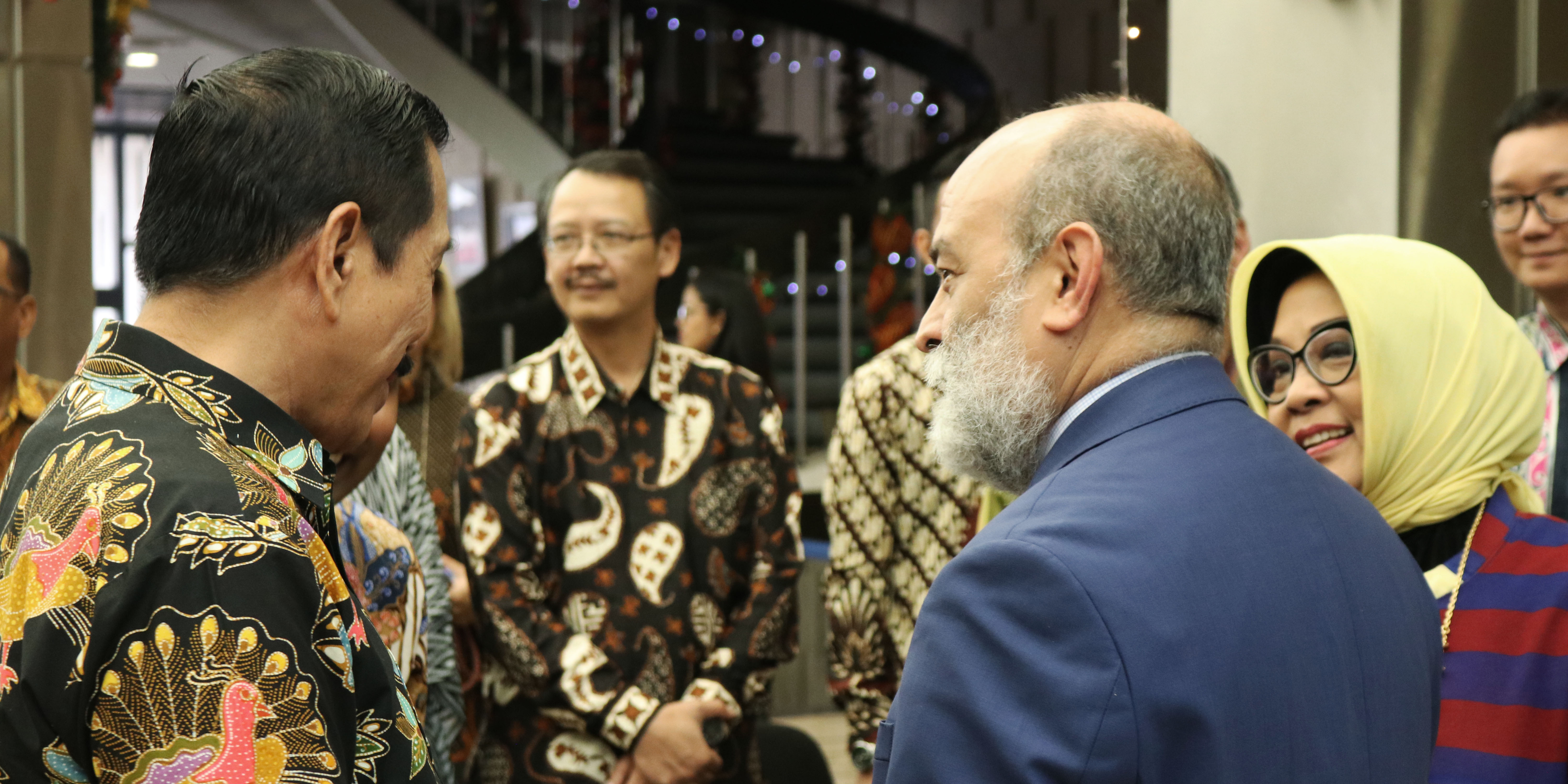 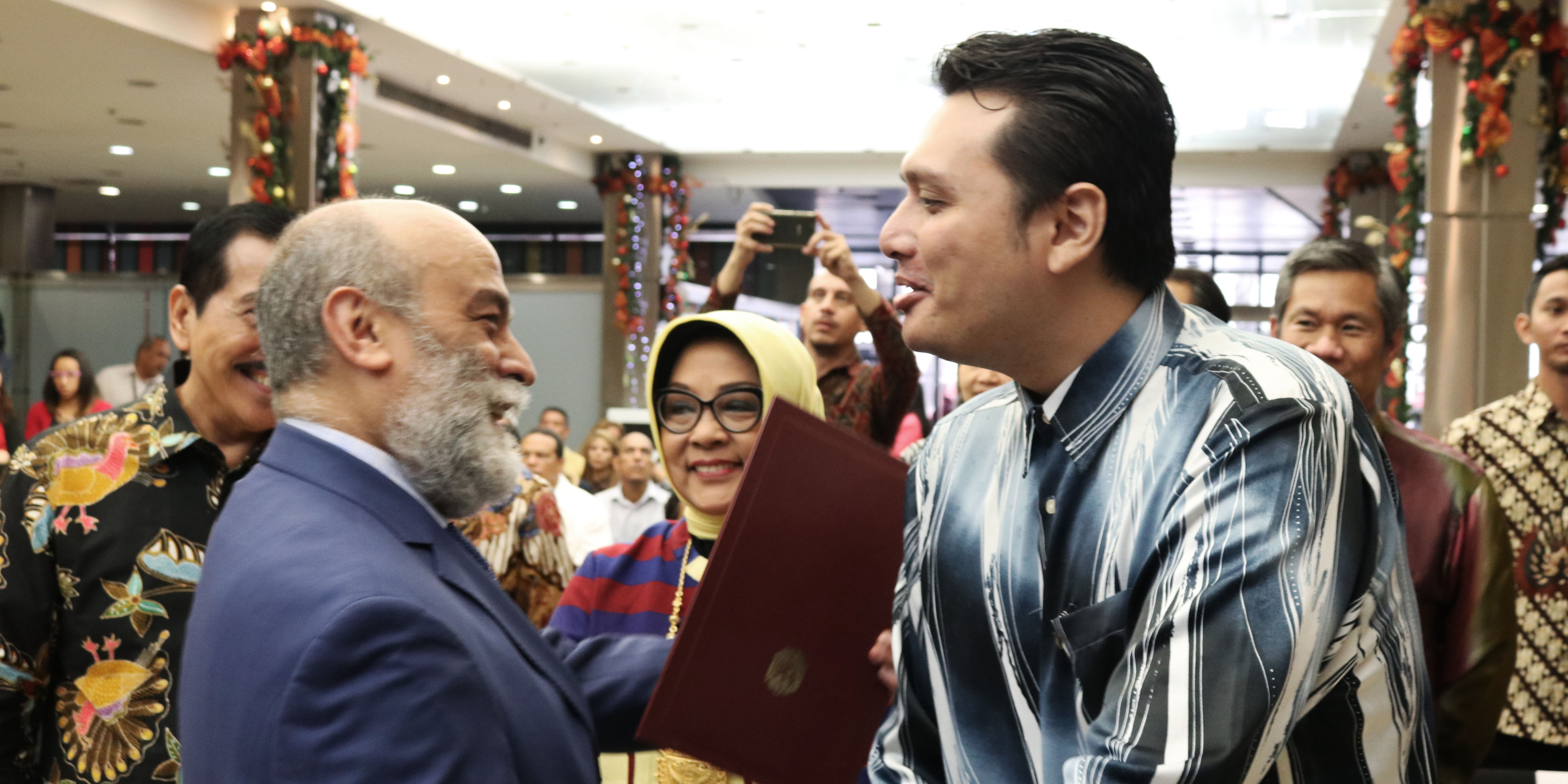 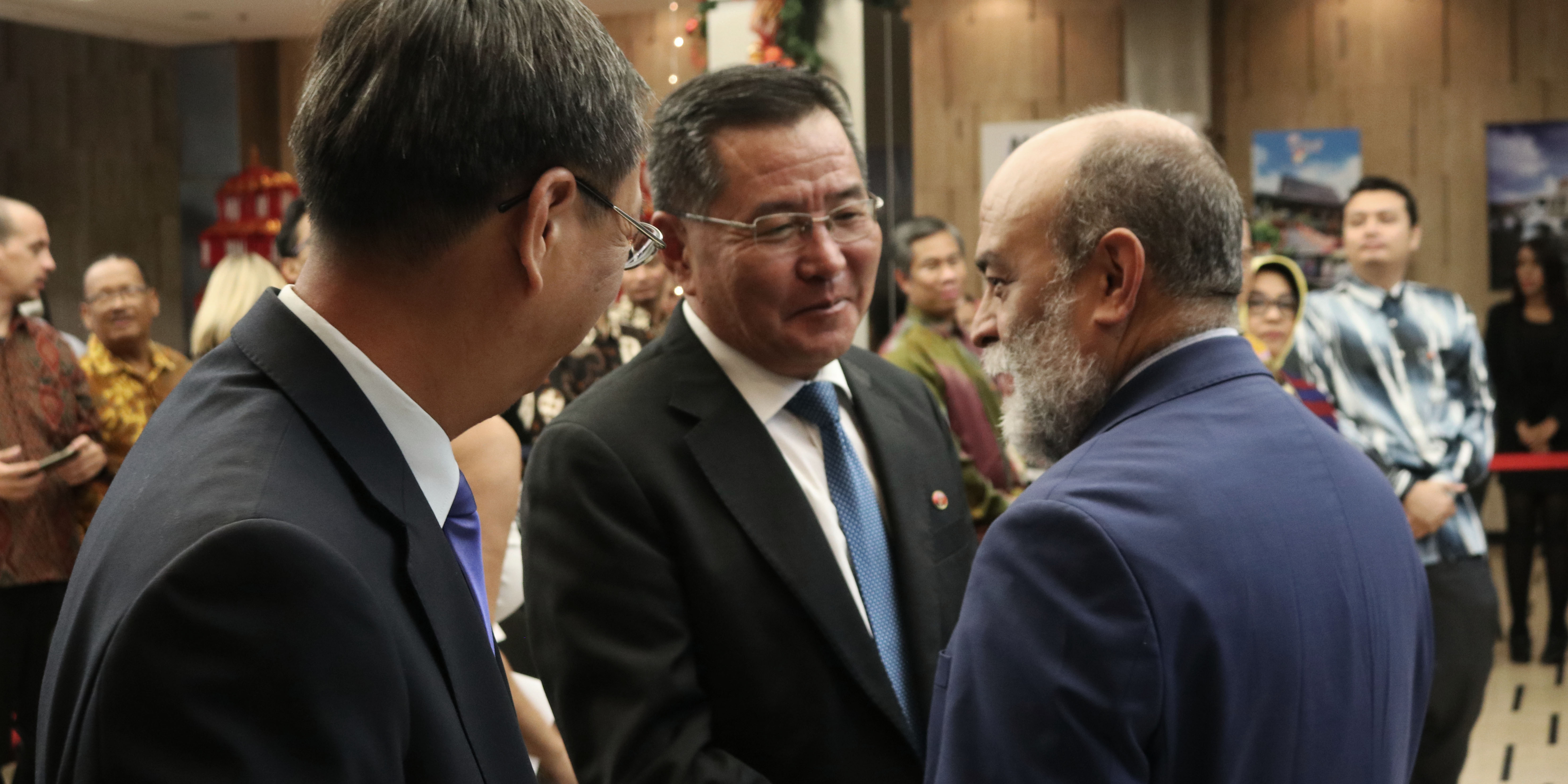