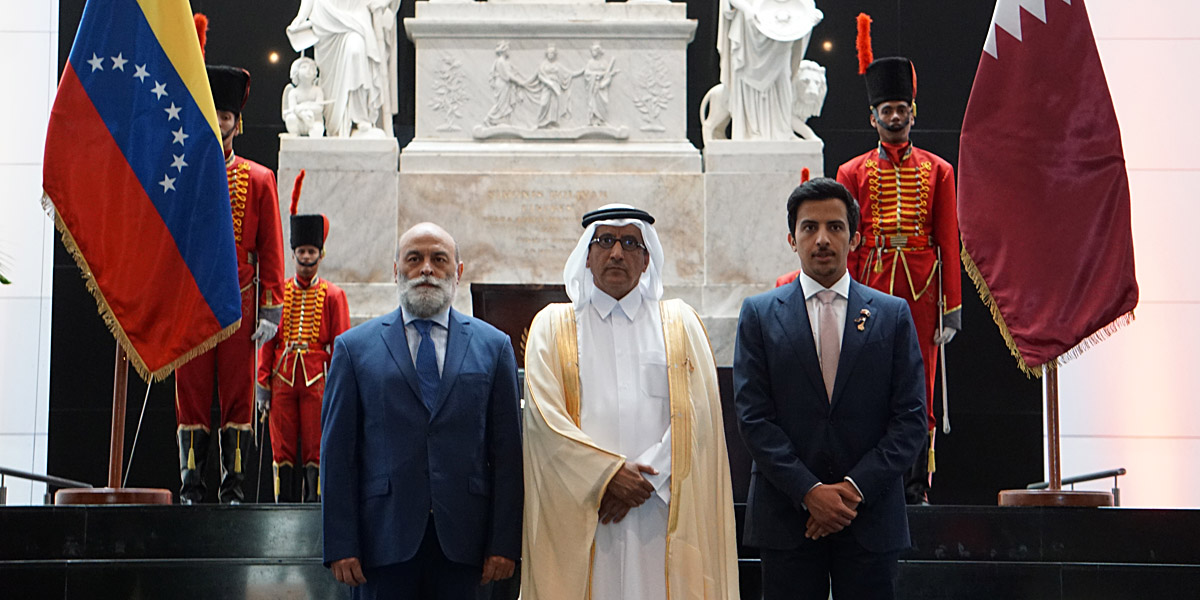 This Tuesday, in commemoration of the 140th anniversary of the arrival of the founder of the State of Qatar, Sheik Jassim Bin Mohamed Bin Thani to the Government and the Embassy accredited in the Bolivarian Republic of Venezuela of the Asian country, paid tribute to the sarcophagus that keeps the remains of the Father of the Homeland, Simón Bolívar in the National Pantheon.

The activity was chaired by the excellent ambassador of Qatar, Rashid Mohsin Fetais, as well as members of its diplomatic corps and the Vice-minister for Asia, the Middle East and Oceania of the People’s Power Ministry for Foreign Relations, Rubén Darío Molina.

During the protocolar meeting the national anthems of Venezuela and Qatar were sung.

In this sense, the diplomatic representatives made a floral offering to the Liberator Simón Bolívar, hailing his venerated memory they paid honor and signed the book of visits of the Mausoleum reaffirming their commitment of cooperation and friendship with the Bolivarian Republic of Venezuela. 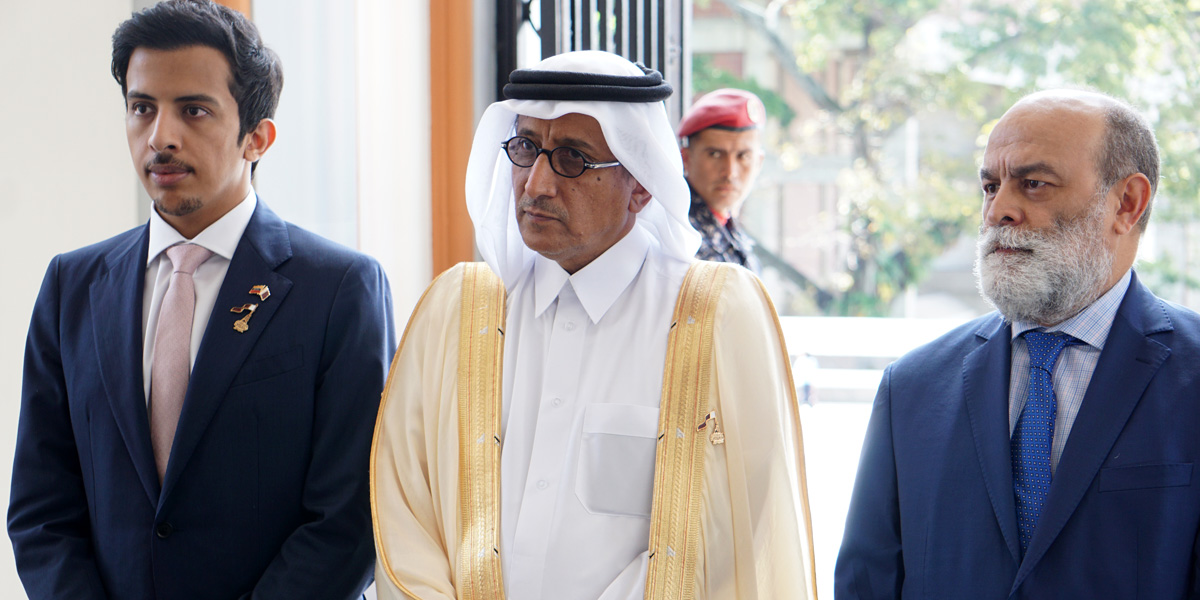