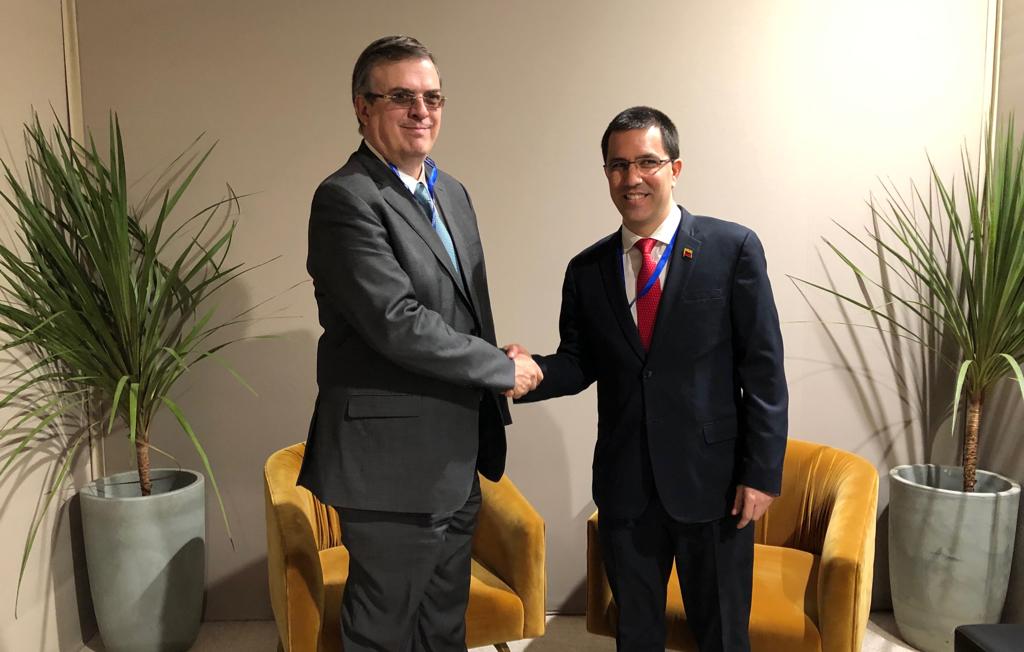 As part of the Intergovernmental Conference for the Adoption of the Global Pact for Orderly, Secure and Regular Migration that takes place in Morocco, the Foreign Minister of the Bolivarian Republic of Venezuela, Jorge Arreaza, held a bilateral meeting on Monday with the Secretary of Foreign Relations of the United Mexican States, Marcelo Ebrard.

Both diplomatic representatives expressed their desire to strengthen the bonds of cooperation and friendship among the sister countries for the common good.

Previously, Venezuelan President Nicolás Maduro was a special guest in the inauguration of the presidency of Andrés Manuel López Obrador, of the Mexican country, who stressed that the people and government of Mexico can count on the full support of the Bolivarian Revolution.