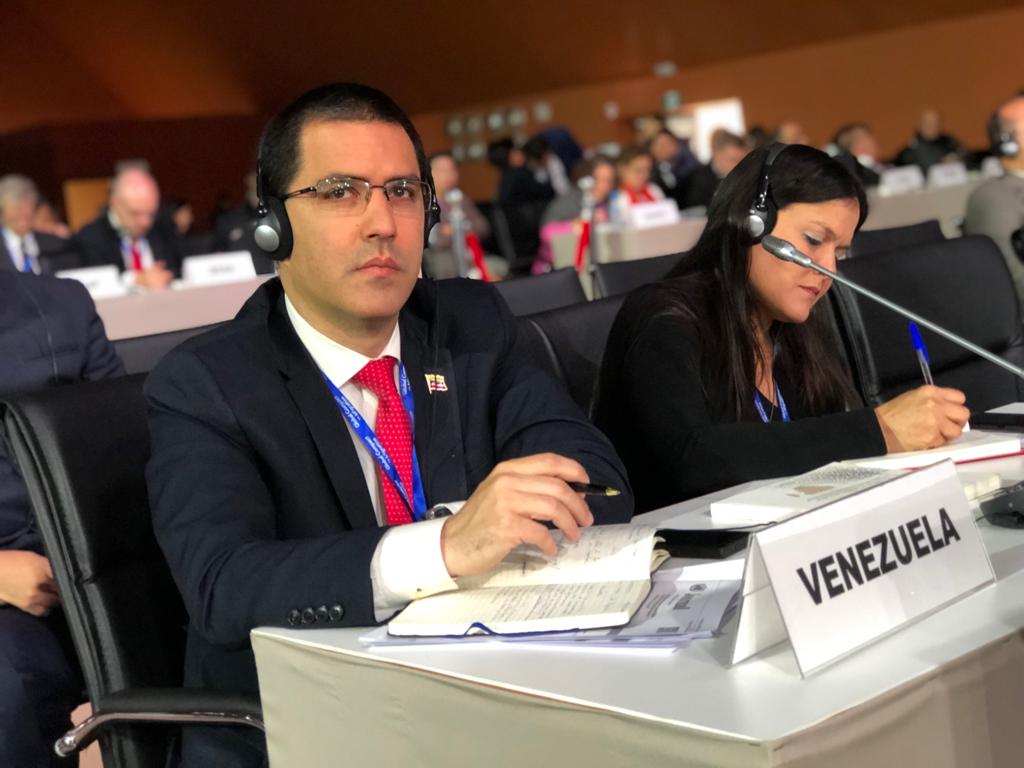 The Foreign Minister of the Bolivarian Republic of Venezuela, Jorge Arreaza, representing the Bolivarian Government, participates in the opening of the Intergovernmental Conference for the Adoption of the Global Pact for Orderly, Secure and Regular Migration in Morocco, which takes place on Monday and Tuesday , where his intervention in contribution to this particular human right is expected.

In this sense, this conference will not only seek the adoption by the member states to the Global Pact for Orderly, Secure and Regular Migration, but also to set in motion the practical efforts to implement the Pact, to identify ways to support each other in order to fulfill the commitments of the Pact worldwide aligned with the Sustainable Development Goals (SDG). It is also expected to discuss the concrete achievements that they intend to achieve, collectively and individually in the four years prior to the first International Migration Review Forum for the year 2022.

Venezuela has also stood out for its active participation in all phases of the process since its inception in 2017, through the Permanent Mission in United Nations-New York (2017-2018), along with an integrated national delegation that highlights the positions in favor of international law, respect for the human rights of migrants, the fight against discrimination and xenophobia, clear differentiation between the frameworks applicable to refugees and migrants, and highlighting national contributions in this area, particularly taking into account the national, regional and global context around the issue.

It should be noted that the Global Pact for Secure, Ordered and Regular Migration is the first document intergovernmentally agreed which, under the auspices of the United Nations (UN), addresses the issue of migration in a comprehensive manner, covering its different dimensions and that it would serve as a reference for international cooperation on the subject.

Its negotiation and adoption is a mandate of the New York Declaration on Refugees and Migrants, adopted in September 2016 by the General Assembly of the United Nations Organization.