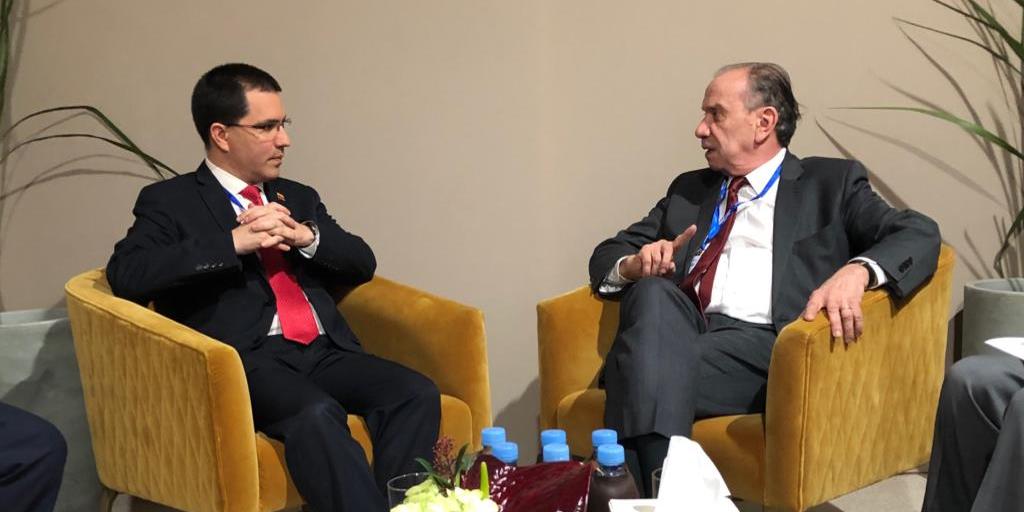 Foreign Ministers of Venezuela and Brazil hold meeting in Marrakech

The Foreign Minister of the Bolivarian Republic of Venezuela, Jorge Arreaza Montserrat, held a meeting on Monday in Morocco with his counterpart from the Federative Republic of Brazil, Aloysio Nunes.

The bilateral meeting took place in the city of Marrakech, where the Intergovernmental Conference for the adoption of the Global Compact for Safe, Orderly and Regular Migration is held.

In recent days, Foreign Minister Arreaza stressed that Venezuela and Brazil, despite political differences, have maintained diplomatic relations for the common border and for the need to contribute to solutions in these bordering areas.

“With Brazil, with Temer, we had great differences (…) However, we maintained relations with Foreign Minister Aloysio Nunes”, the Venezuelan diplomat said in a television interview.