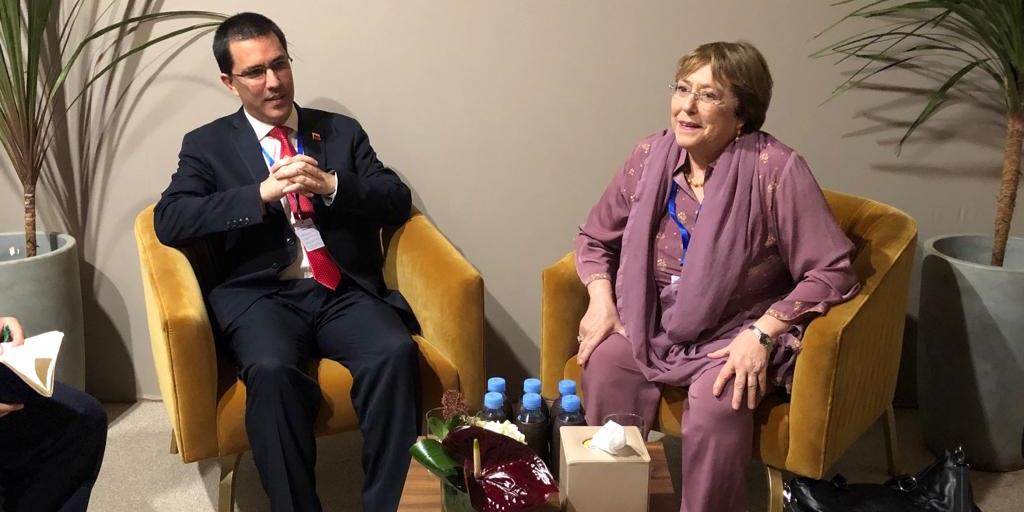 The FM of the Bolivarian Republic of Venezuela, Jorge Arreaza, held a meeting on Monday in Morocco with the United Nations High Commissioner for Human Rights, the Chilean former president Michelle Bachelet.

The meeting took place in the city of Marrakech, where the Intergovernmental Conference for the adoption of the Global Compact for Safe, Ordered and Regular Migration is held.

The Venezuelan Foreign Minister was received last September by the High Commissioner, in the framework of the 39th Session of the Human Rights Council of the United Nations (UN).

On that occasion, the diplomat informed that the Bolivarian Republic will establish an opportune and permanent information mechanism with the Office of the United Nations High Commissioner for Human Rights (Acnudh).

Recently, the Permanent Representative of Venezuela to the UN-Geneva, Ambassador Jorge Valero, delivered to the United Nations High Commissioner for Human Rights a letter from President Nicolás Maduro Moros where he extended an invitation to fulfill an official visit to Venezuela.

In the letter, the head of the Venezuelan State said that her visit to the country will allow, along with the Bolivarian Government, to review the historic efforts that has been done to guarantee and promote the human rights of the Venezuelan people.