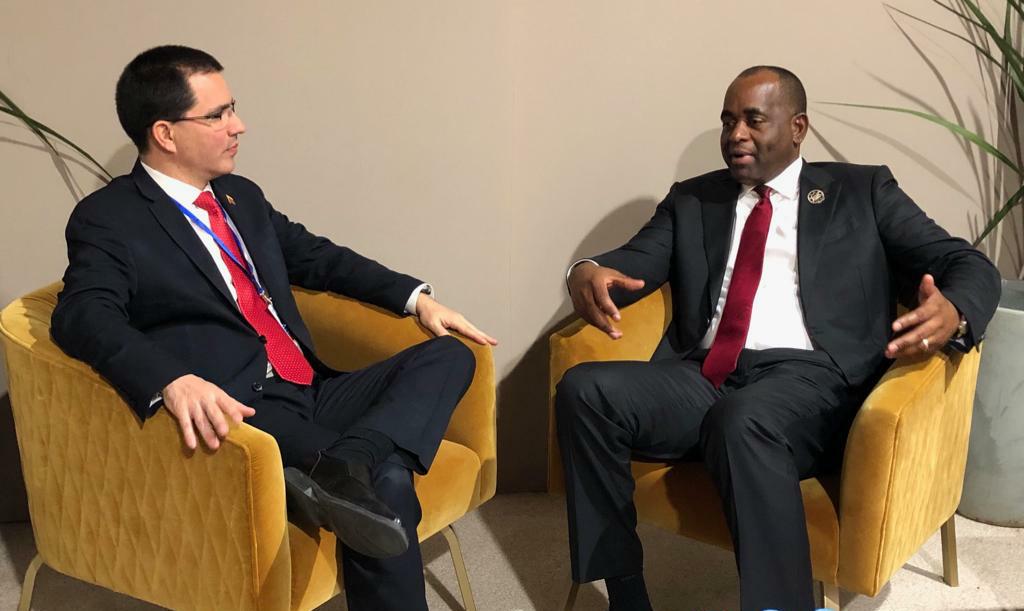 With the aim of strengthening ties of friendship and cooperation between the Bolivarian Government and the Commonwealth of Dominica, the FM of the Bolivarian Republic of Venezuela, Jorge Arreaza, held a meeting on Monday with the Caribbean country’s prime minister, Roosevelt Skerrit.

This meeting is part of the bilateral agenda held by the Venezuelan Foreign Minister, in the land of Morocco, framed in the Intergovernmental Conference for the Adoption of the Global Compact for Orderly, Secure and Regular Migration.

Likewise, the Venezuelan Foreign Minister and the Prime Minister of Dominica, expressed their desire to keep working on the strengthening of trade and diplomatic relations between both nations.

FM Arreaza attended the 40th anniversary of the Independence of the Commonwealth of Dominica in November, in which he expressed his gratitude and support for the people and Government of the Caribbean island to the Bolivarian Republic of Venezuela.