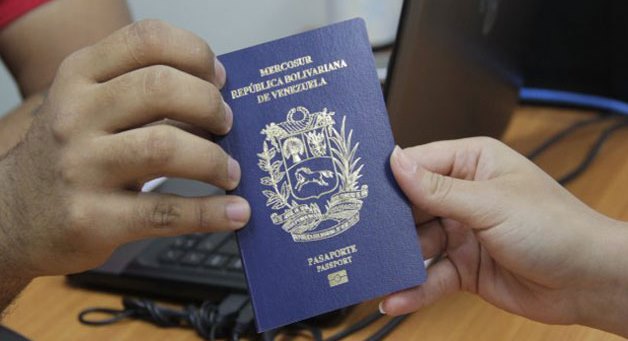 Begins massive delivery of passports and extensions to Venezuelans abroad

On Friday, December 7, a massive day of renewed passport deliveries and extensions was held at the Embassies of Venezuela in Chile, Ecuador and Australia. More than 1,000 Venezuelans who requested the corresponding identity documents before the corresponding consular offices were treated successfully.

In the Republic of Ecuador, a total of 840 new passports and 350 extensions were delivered. The business manager of this Diplomatic Mission, Pedro Sassone, said that the day is part of a new policy designed by the People’s Power Ministry for Foreign Relations along with the Administrative Service of Identification, Migration and Foreigners (Saime), which seeks to optimize the delivery of documents abroad.

“We are fulfilling almost 100% of the demand of the extensions and so is the case of passports that we hope to fulfill this year, so in 2019 we start a new update process for a much more agile delivery”, Said the Manager.

Regarding the time of delivery of passports, Sassone explained to the media that it is a process of adaptation to the new demands, product of the economic war that Venezuela is experiencing, “we did not have a proper institutionality, we did not expect such a volume of economic migration due to the global financial siege that has been applied to us and that has impacted Venezuelans, therefore our institutions have had to adapt progressively”, he said.

Sassone also said that in a comprehensive plan to serve Venezuelan citizens, they are beginning to implement new consular procedures, including the apostille of criminal records, necessary to obtain a resident visa in Ecuador.

“We have held technical meetings with the Ecuadorian Foreign Ministry so that the documents issued by our consular offices are accepted in each of its branches, the Undersecretary of Human Mobility reviewed all the procedures and we received the letter of acceptance”, he added.

At the same time, a total of 419 documents were handed out in Santiago, Chile, including passports, extensions and criminal records. The delivery of another 520 documents is foreseen for December 10 and 11, as reported by the Venezuelan Embassy through its official Twitter account, @EmbaVeneChile.

Similarly, the Embassy of Venezuela in Australia, also reported through official account on Twitter @EmbaVenezAu, the arrival of 95 passports and 74 extensions.