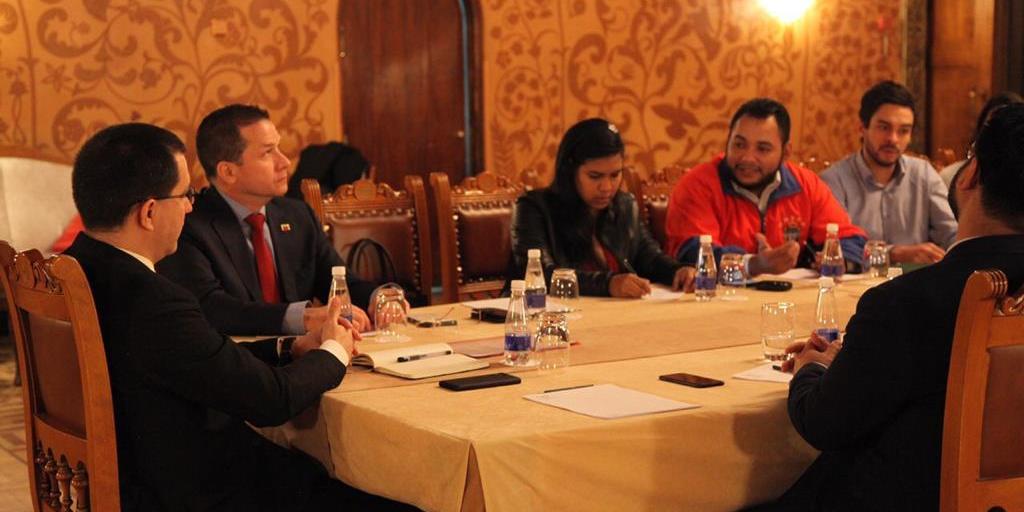 The FM of the Bolivarian Republic of Venezuela, Jorge Arreaza, held a meeting on Thursday in Moscow with students of the Gran Mariscal de Ayacucho Foundation (Fundayacucho), who are studying in the Russian Federation.

The students talked with the diplomat about the political and cultural advances they have developed such as the Celac-Russia Youth Forum and the Venezuela and Latin American Week from the Russian University of Friendship of the People (RUDN) and the Mgimo University.

The Venezuelan ambassador in Moscow, Carlos Faría, was also present at the meeting.

FM Arreaza accompanies President Nicolás Maduro’s state visit to Russia, during which, the relations of friendship and cooperation maintained by both nations have been strengthened.