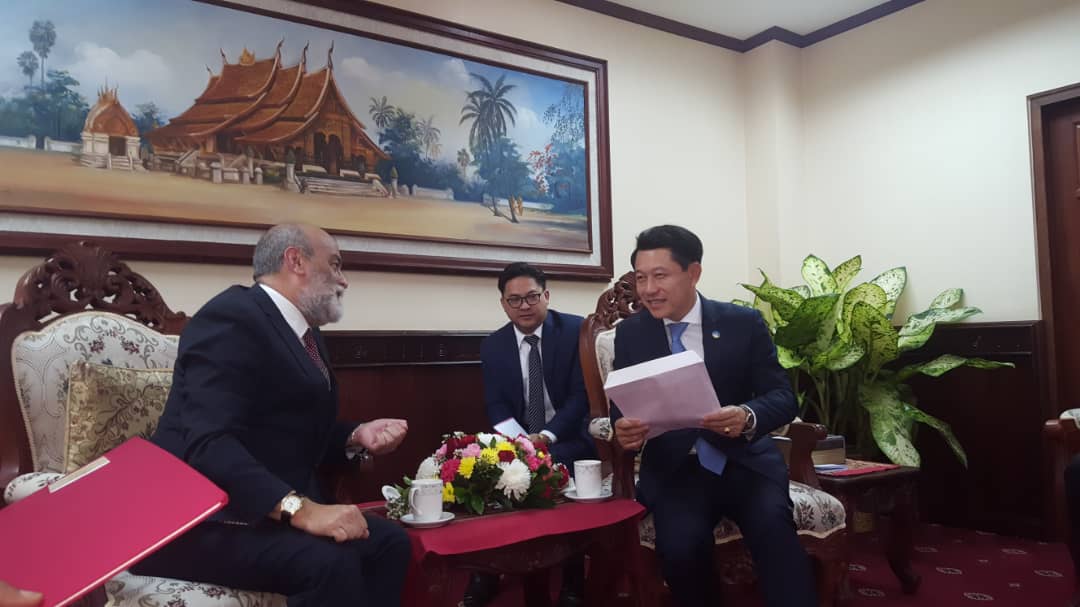 On his work tour in the Asian continent, the Vice-minister for Asia, the Middle East and Oceania of the People’s Power Ministry for Foreign Relations of Venezuela, Rubén Molina, held a meeting with his counterpart, Sengphet Hounboungnuang, of the Foreign Ministry of the Lao People’s Democratic Republic.

The meeting that was held at the headquarters of the Laotian chancellery, was propitious for both officials to hold the first meeting on Political Consultations where they analyzed and discussed the bilateral relations, cooperation and consular issues contemplated in the signed Memorandum of Understanding between both nations in 2007.

Both Vice-minister Molina and Hounboungnuang highlighted the multiple interests and common objectives that exist between Lao and the Caribbean nation, for which they agreed on a continuous and permanent bilateral dialogues aiming at the first Joint High Level Bilateral Commission to be held.

After this work meeting, the Venezuelan official was received by the Minister of Foreign Affairs of Lao, Saleumxay Kommasith, to whom Molina presented him with a letter signed by the Venezuelan FM, Jorge Arreaza, through which he congratulated the Asian country for the commemoration of its national day, which took place on December 2.