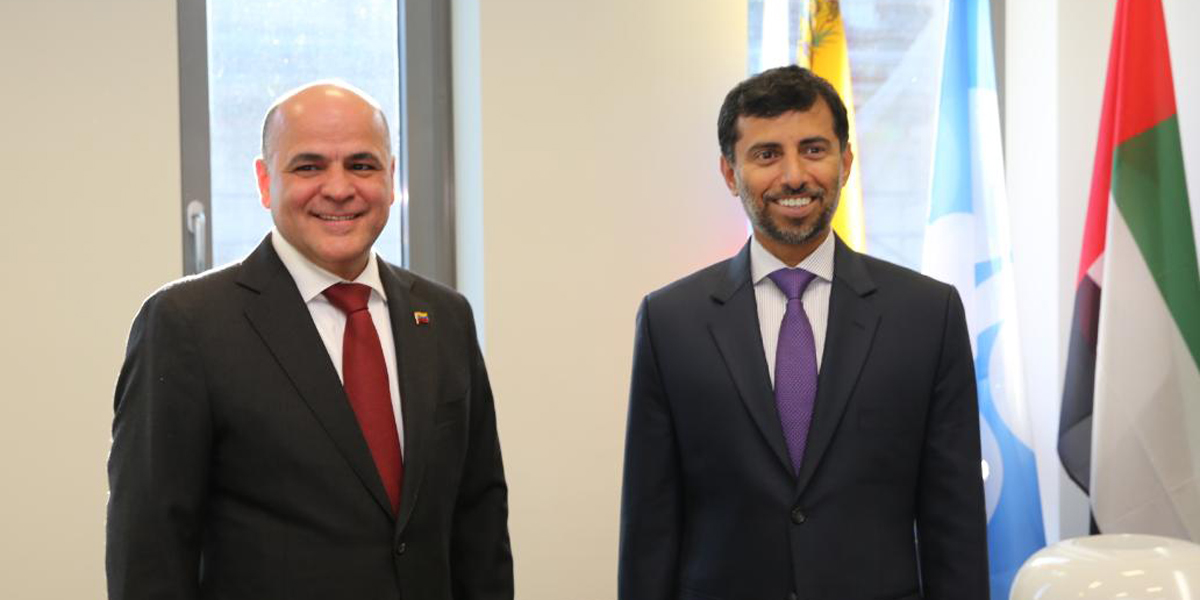 On Wednesday, the People’s Power Minister for Oil, Manuel Quevedo, held a working meeting with his counterpart from the United Arab Emirates and current president of the OPEC Conference, Suhail Al Mazrouei and the general secretary of the Organization of Petroleum Exporting Countries, Mohammad Barkindo, to adjust details viewing to the upcoming assumption of the presidency by Venezuela on January 1, 2019.

The Emirati Minister, Al Mazrouei, explained to Minister Quevedo the activities in progress and presented a summary of the pending issues of the OPEC Conference for 2019.

Both ministers and general secretary, agreed on the need to maintain and promote the Declaration of Cooperation of Voluntary Adjustment of Crude Production, signed in December 2016, for the stabilization of the world hydrocarbons market.

Likewise, they highlighted the need to continue joint work between OPEC and non-OPEC producing countries.