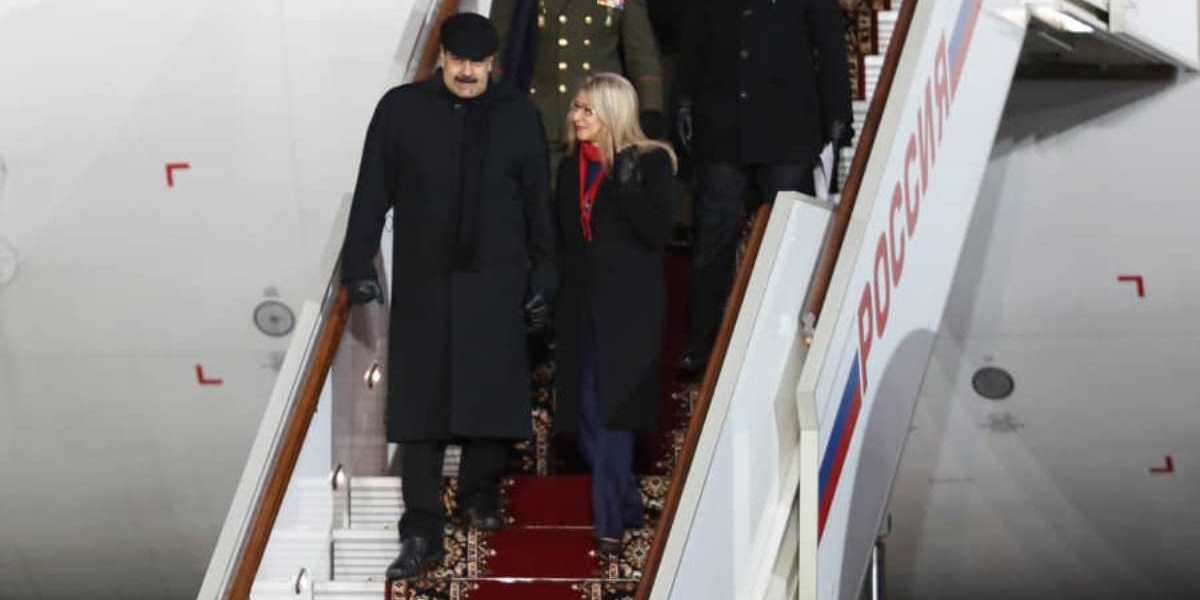 The President of the Bolivarian Republic of Venezuela, Nicolás Maduro, arrived on Tuesday at the Russian Federation to meet with his counterpart, Vladimir Putin, in order to strengthen bilateral economic cooperation between the two nations. His trip follows the first official visit made by Turkish President Tayyip Erdoğan, and the signing of economic and trade cooperation agreements between both countries.

“I will work intensely in the program of economic recovery, growth and prosperity of Venezuela, visualizing the years that are to come. We have completed the map of cooperation, strengthening the geopolitics of peace diplomacy, Bolivarian diplomacy”, said President Nicolás Maduro, when he arrived in Moscow.

Russian foreign policy adviser Yuri Ushakov said that the talks are aimed at strengthening the development of the existing strategic partnership between Russia and Venezuela and addressing specific issues for the development of trade ties, investors and the current international agenda.

Moscow has supported the sovereignty of Venezuela on different occasions and has argued that the country should develop without external interference, an example of its solidarity was the intervention of President Vladimir Putin at the International Energy Forum of Russia, held last October, where he criticized the attempts of external forces to influence the situation in Venezuela and overthrow President Nicolás Maduro.

“It is the Venezuelans and no one else who must decide the future of their country and its President. The tools of influence that we have in our power should not contribute to the deterioration of the living conditions of citizens, do we want them to be worse?” Questioned the Russian President.

On this occasion, President Vladimir Putin also denounced the attempted assassination against the constitutional president of the Bolivarian Republic of Venezuela, Nicolás Maduro, exactly one month earlier.

“Are we going to greet these means of political struggle?”  The Russian leader asked himself.

Yuri Ushakov, stressed that among the issues that will be addressed, is also included the technical and military collaboration, among other areas.

The negotiations between the two governments will involve the head of the Federal Service of Military Technical Cooperation, Dmitri Shugavev, the Minister of Energy, Alexandr Nóvak, the president of the oil company Rosneft, Igor Sechin, the Minister of Industry and Commerce, Denis Mánturov, the deputy prime minister Minister Yuri Borisov and the head of the Ministry of Economic Development, Maxim Oreshkin.

In addition to his meeting with the Russian leader, President Maduro will participate in the closure of the Russia-Venezuela High Level Commission. The oil company of the European country, Rosneft, has expressed interest in working with Venezuela, reported that they will also meet with President Nicolás Maduro Moros.