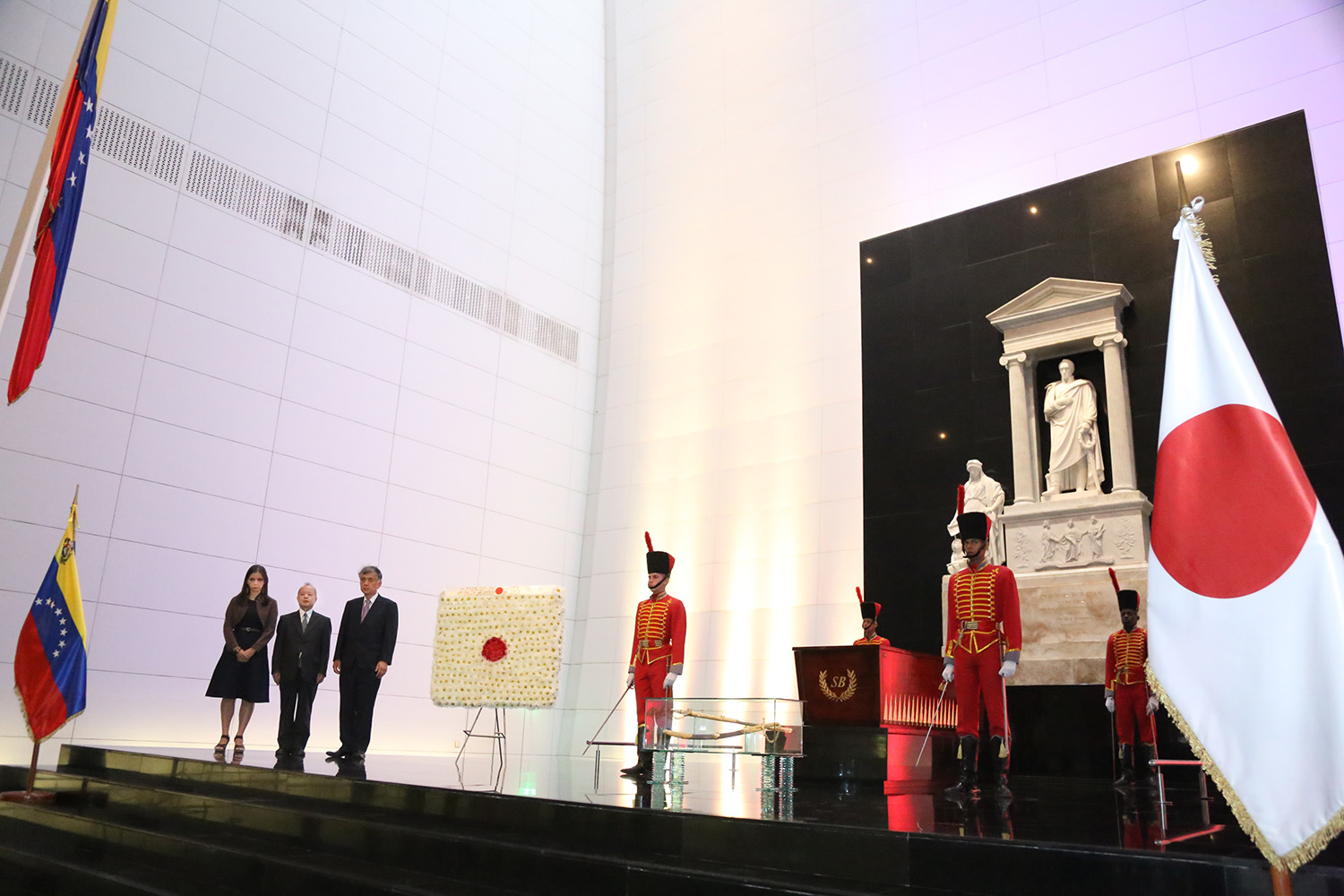 In Caracas, National Day of Japan is commemorated

On the occasion of commemorating the National Day of the State of Japan, the Diplomatic Corps of the Embassy of the Asian country accredited in the Bolivarian Republic of Venezuela, made a floral offering on Tuesday before the sarcophagus that keeps the mortal remains of the Liberator and Father of the Homeland Simon Bolivar.

The protocolary ceremony was held at the National Pantheon and Mausoleum of the Liberator, and was chaired by the Japanese Ambassador, Kenji Okada, the Minister Counselor, Toshiyuki Suzuki and representatives of the General Directorate of the Vice Ministry of Foreign Relations for Asia, the Middle East and Oceania of the Venezuelan chancellery.

In turn, the high diplomatic authorities signed the visitors’ book of the Liberator’s Mausoleum where they ratified their willingness to continue strengthening the bonds of cooperation and friendship between both nations.