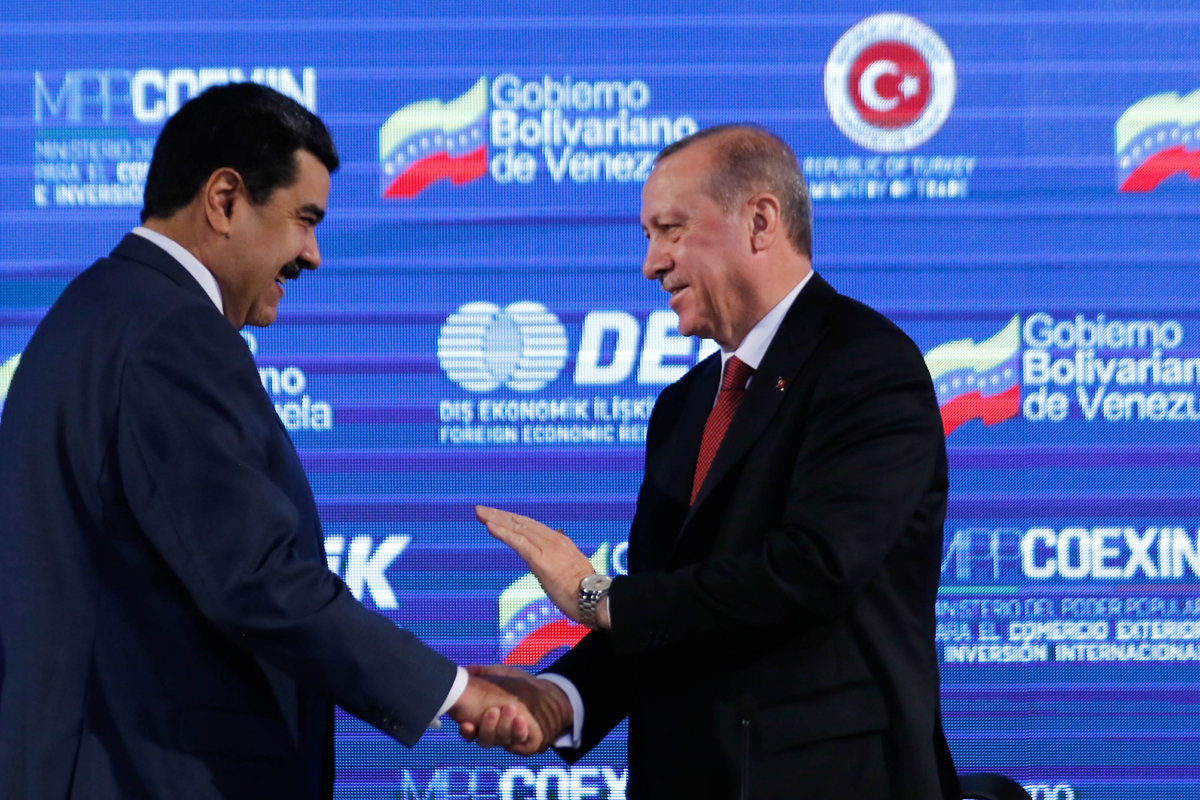 For the President of the Republic of Turkey, Recep Tayyip Erdoğan, the unilateral and coercive sanctions imposed on Venezuela by foreign powers constitute an erroneous decision that deepens the political, economic and social instability, because in his opinion “it is not fair to punish a people to solve political differences between the governments of the nations of the world”.

This pronouncement was made by the Chief Executive of the Turkish nation during the Turkey Venezuela Business Forum that took place in the José Felix Ribas room of the Teresa Carreño Theater in Caracas, where businessmen from both countries met as well as senior officials who make up the Venezuelan Executive train.

In the face of the constant attack perpetrated against the Caribbean nation, which is object of an economic blockade, President Erdoğan, specifically, stated that his visit to Venezuela “should be considered as a symbol, a sign of the support that his nation offers the Venezuelan people”.

At the same time, the Turkish leader highlighted the praiseworthy management of President Nicolás Maduro, who has halted attempts to attack Venezuela through the Economic Recovery, Growth and Prosperity Program implemented last August with the firm objective of ending the Induced economic war that has harmed the Venezuelan people.

Against this background, Recep Tayyip Erdoğan, said that Turkey and Venezuela are opening a new stage in bilateral relations that overcomes the geographical barriers between both nations.

For this and taking advantage of the strategic position of both countries, the Turkish head of state said that they will boost commercial investments, highlighting that Turkey is the fifth in the world’s largest economy.

This country has positioned itself as one of the most solid economies through the expansion of the touristic, air, commercial and diplomatic market, thus consolidating bilateral relations and cooperation with Latin America and the Caribbean.

“We want to strengthen relations (…) We must go on efficiently in order to make relations of friendship and cooperation that aims to fight for the problems that afflict our region”, said Erdoğan.

For his part, the president of the Bolivarian Republic of Venezuela, Nicolás Maduro, stressed that with the visit of the Turkish president, the agreements to be signed between the Caribbean nation and Turkey is strengthened, countries that have expressed the will to invest 4,500 million of euros in businesses that boost both economies.

The Venezuelan Head of State indicated that the solid foundation of bilateral ties is the economy, which is why both nations, based on friendly and brotherly relations, strive to promote a “powerful economy” through trade.

“We have a world to do. Turkey is a country that has an extraordinary history that has given great contributions to the history of humanity, we have meet each other, Turkey and Venezuela”, he said in his speech during the business forum.

The Caribbean nation and the Eurasian country consolidated their relations in 2010 with the signing of agreements on economic matters, which opened opportunities for the signing of multiple agreements in tourism, mining and agriculture.