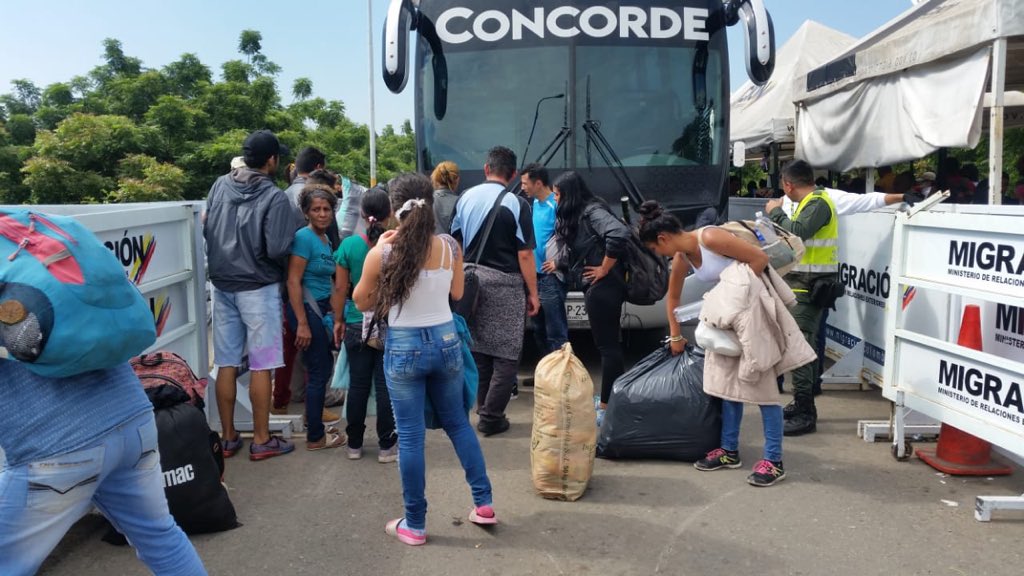 This Sunday, the Government of the Republic of Colombia violated the cooperation agreements by preventing the passage of a bus that transported more than 42 nationals who voluntarily went to the Plan Vuelta a la Patriato be repatriated to Venezuela. This was reported by the Foreign Minister of the Bolivarian Republic of Venezuela, Jorge Arreaza, through Twitter @jaarreaza.

“Colombian authorities violate cooperation agreements by preventing the passage of a bus with 42 Venezuelans returning to Venezuela under the Plan Vuelta a la Patria, forcing them, includded seniors, women and children, to cross the bridge by walking and pushing their luggage” said the Venezuelan Foreign Minister.

At the same time, the People’s Power Minister for Foreign Relations pointed out that this is not the first time that the Colombian government has prevented the return of Venezuelans who travel by land.

“From Colombia they have tried to hinder several times the return of compatriots who travel with the Plan Vuelta a la Patria, by the bridge where they facilitated the passage of murderes with explosives, they prevent the passage of the bus with humble people. However, nothing can stop the people”, said the foreign minister.

Previously, the Chief of the Foreign Ministry highlighted that in Venezuela there are more than five million Colombian citizens who have fled violence and lack of opportunities, while the Bolivarian Government has given them the right to work, education, health, housing, pensions and free and inclusive access to all social programs of the Revolution.

It should be noted that with these 42 people there are 554 Venezuelans who return to the Homeland of Bolívar, after having suffered xenophobia, abuse and labor exploitation by the neighboring country.