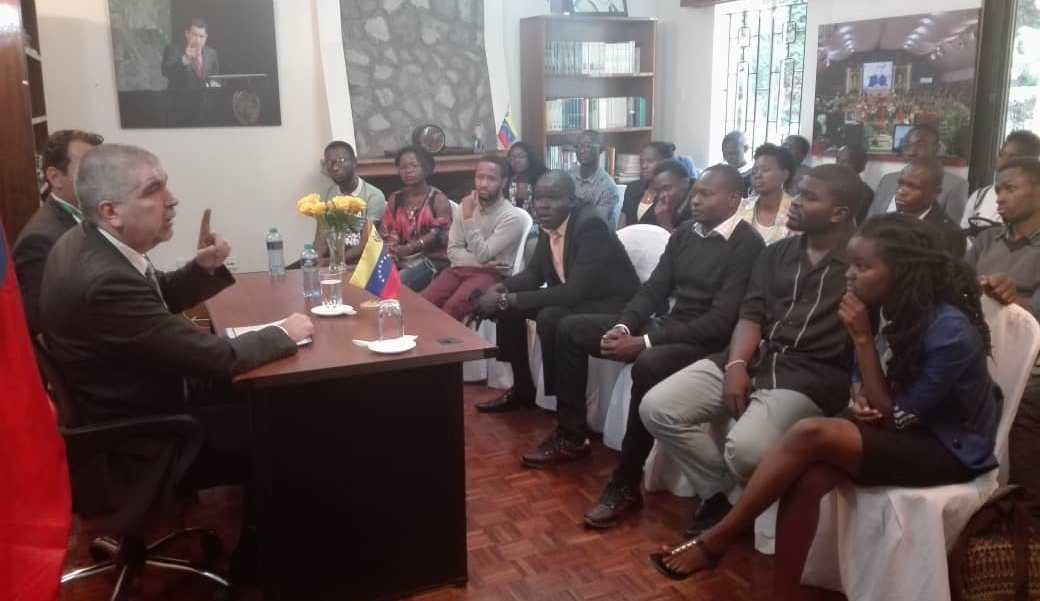 In the framework of the tour undertaken by the Vice-minister for Africa of the People’s Power Ministry for Foreign Relations, Yuri Pimentel, a meeting was held with the Socialist Youth of the PSD of the Republic of Kenya and the Wehesca Youth Initiative, at the embassy of Venezuela in Nairobi.

During the meeting, Vice-minister Pimentel made an analysis of the international context and African history, as well as the expansion of diplomatic and cooperation relations established in the African continent, promoted by the commander Hugo Chávez and developed by the current president of the Bolivarian Republic of Venezuela, Nicolás Maduro Moros.

Likewise, he gave an account of the Bolivarian process and talked about the media campaigns and the siege developed by the imperial powers to violate the sovereignty and economic independence of the peoples, specifically Venezuela.

At the end of the meeting, the young people expressed their full support to the Venezuelan people and the government of President Maduro, for his work in defense of their fundamental rights. 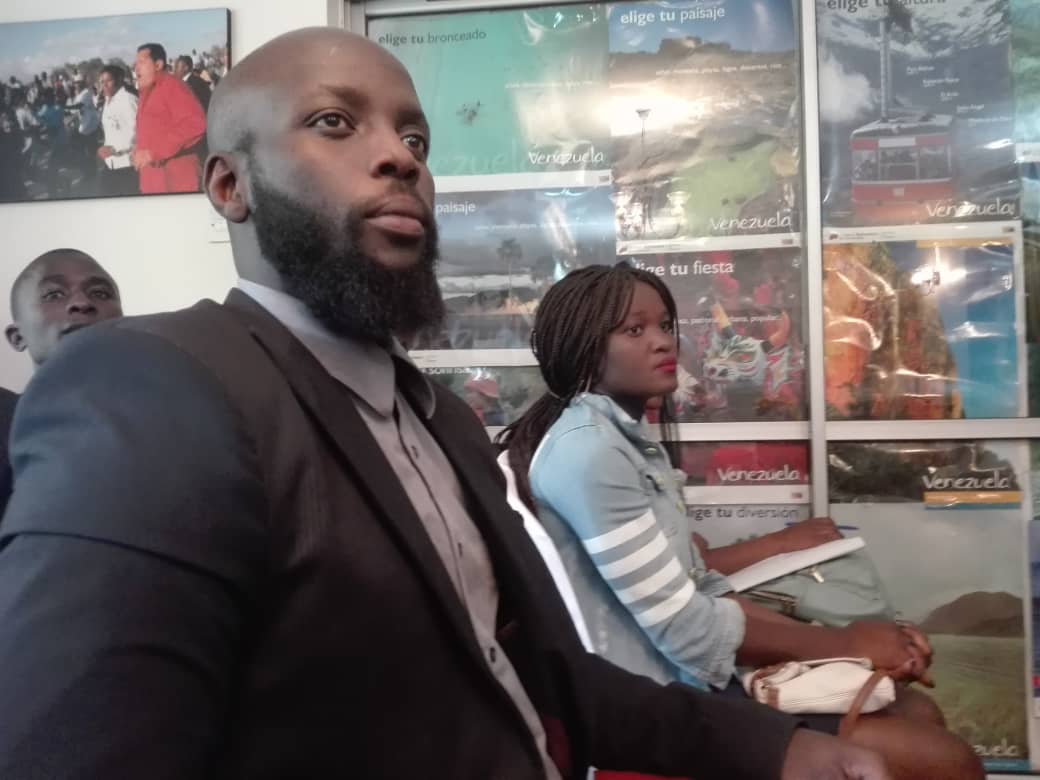 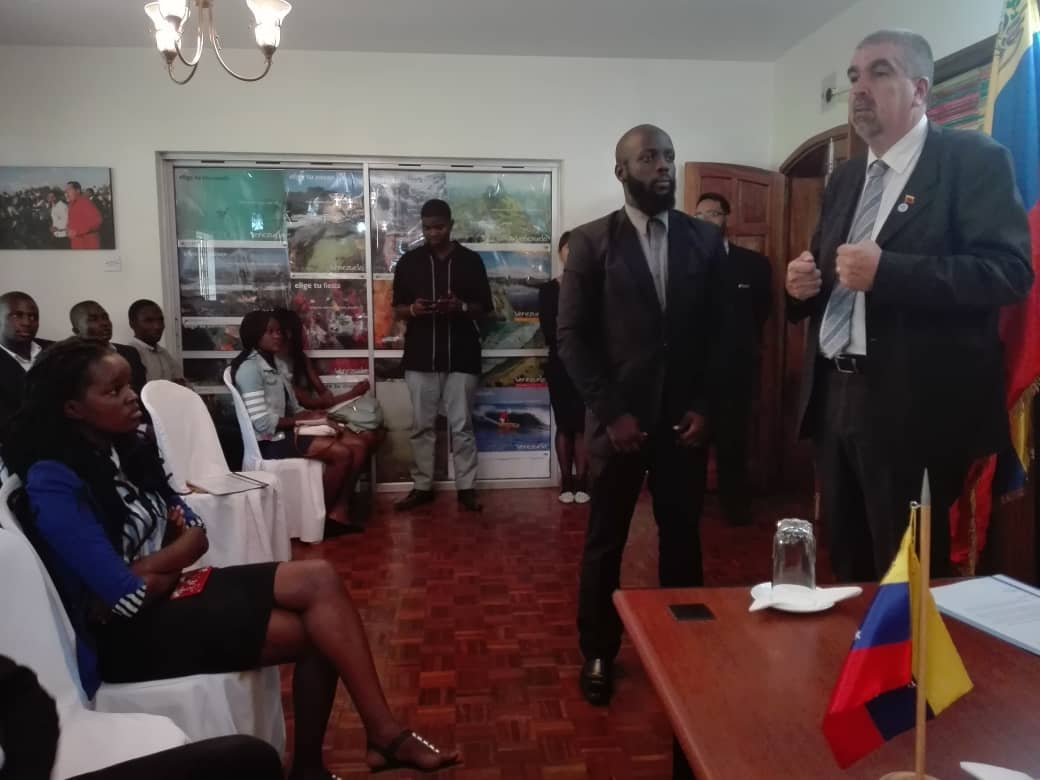 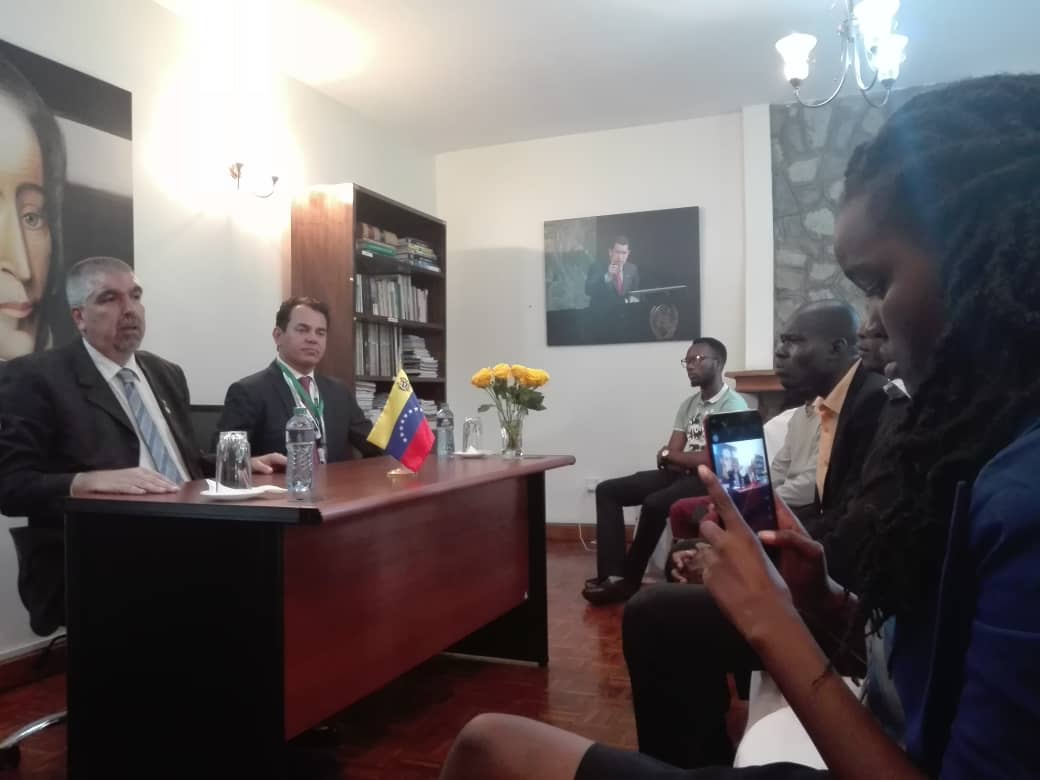 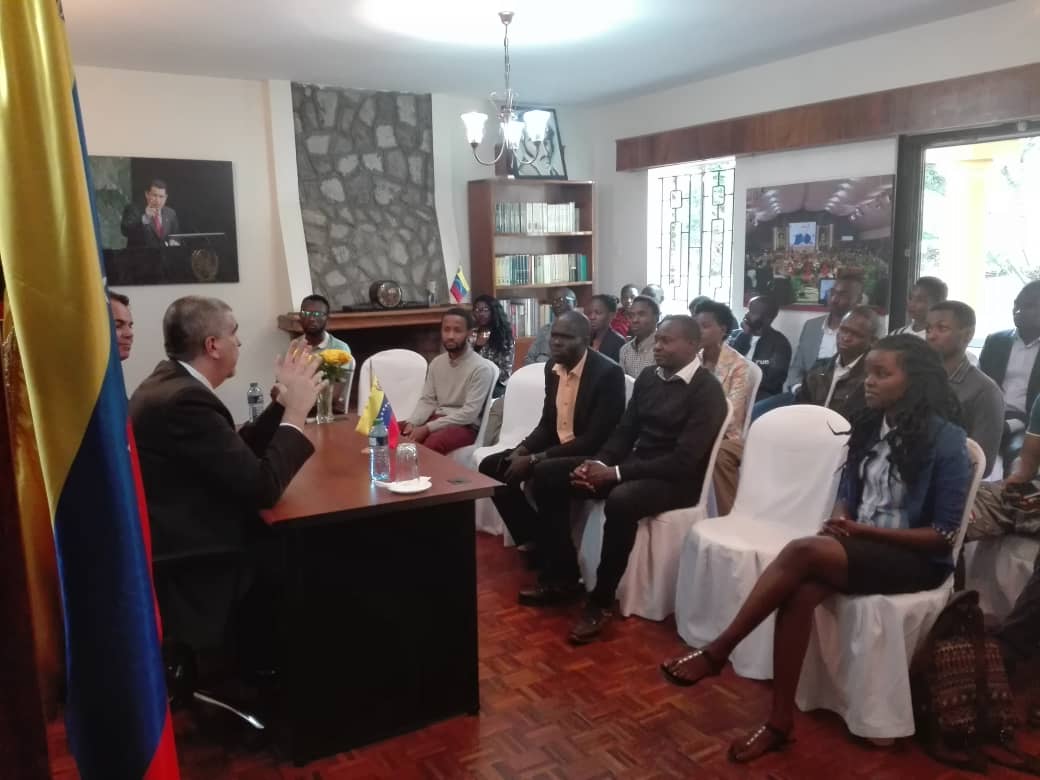 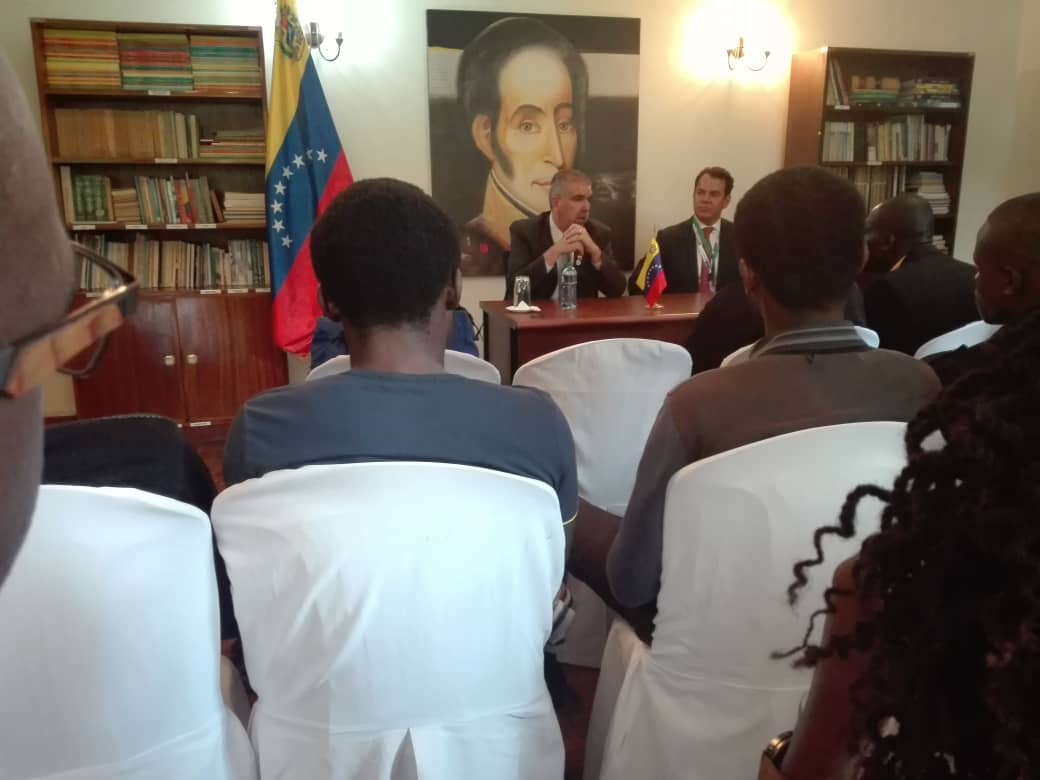