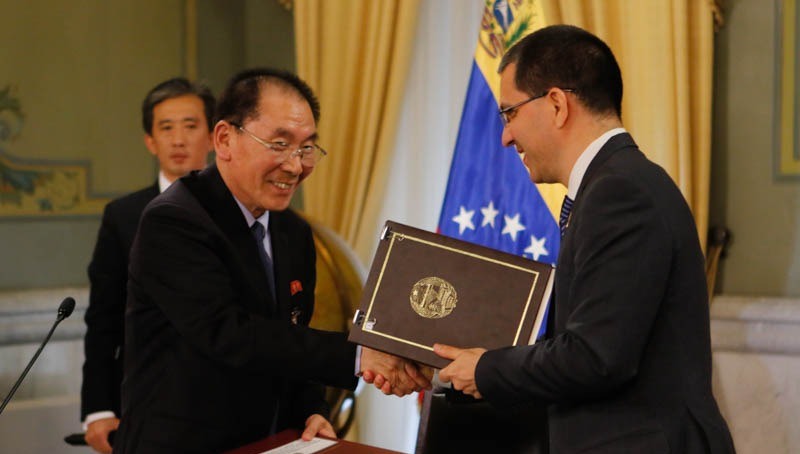 In the interest of strengthening ties and cooperation between the Bolivarian Republic of Venezuela and the Democratic People’s Republic of Korea, the People’s Power Minister for Foreign Relations, Jorge Arreaza, and the Vice-minister for Africa, the Middle East and Latin America, Ho Yong Bok, signed agreements this Tuesday.

The work meeting held in the Sol del Perú room, at the Miraflores Palace, served to allow both diplomats to sign an agreement on political consultations on matters of interest between both nations.

Likewise, a second agreement was signed regarding the abolition of the visa requirement for diplomatic and service passport holders.

The visit of the Korean diplomat to Miraflores was made after FM Arreaza made a tour through various areas of the capital city with the President of the Presidium of the Supreme People’s Assembly and also the Korean Protocolary Head of State, Kim Yong Nam.

It should be noted that Yong Nam signed the guest book of the Mausoleum of the Liberator Simón Bolívar, where he ratified his commitment to keep strengthening the bonds of brotherhood between both nations and the struggle of the two countries against imperialism. 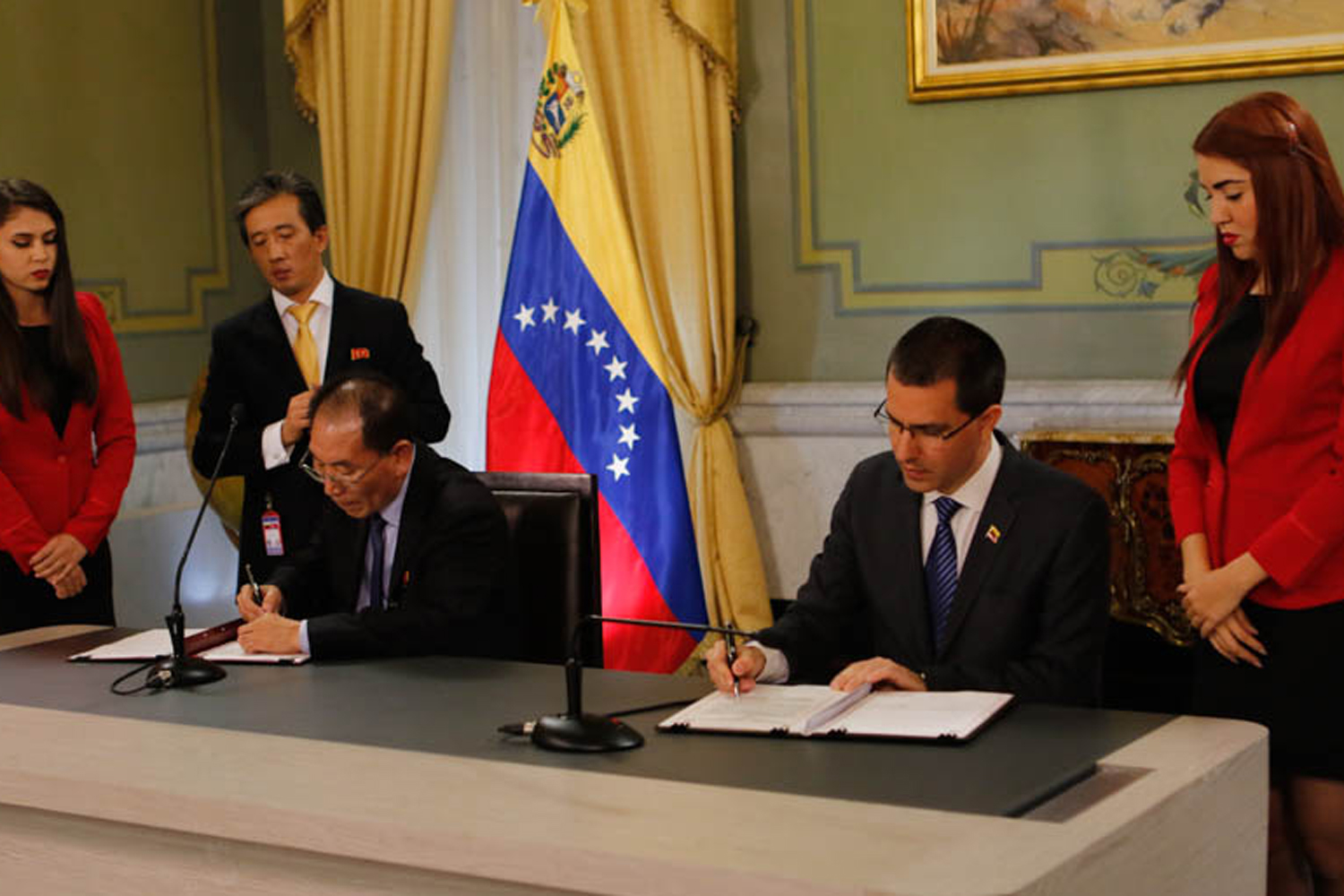 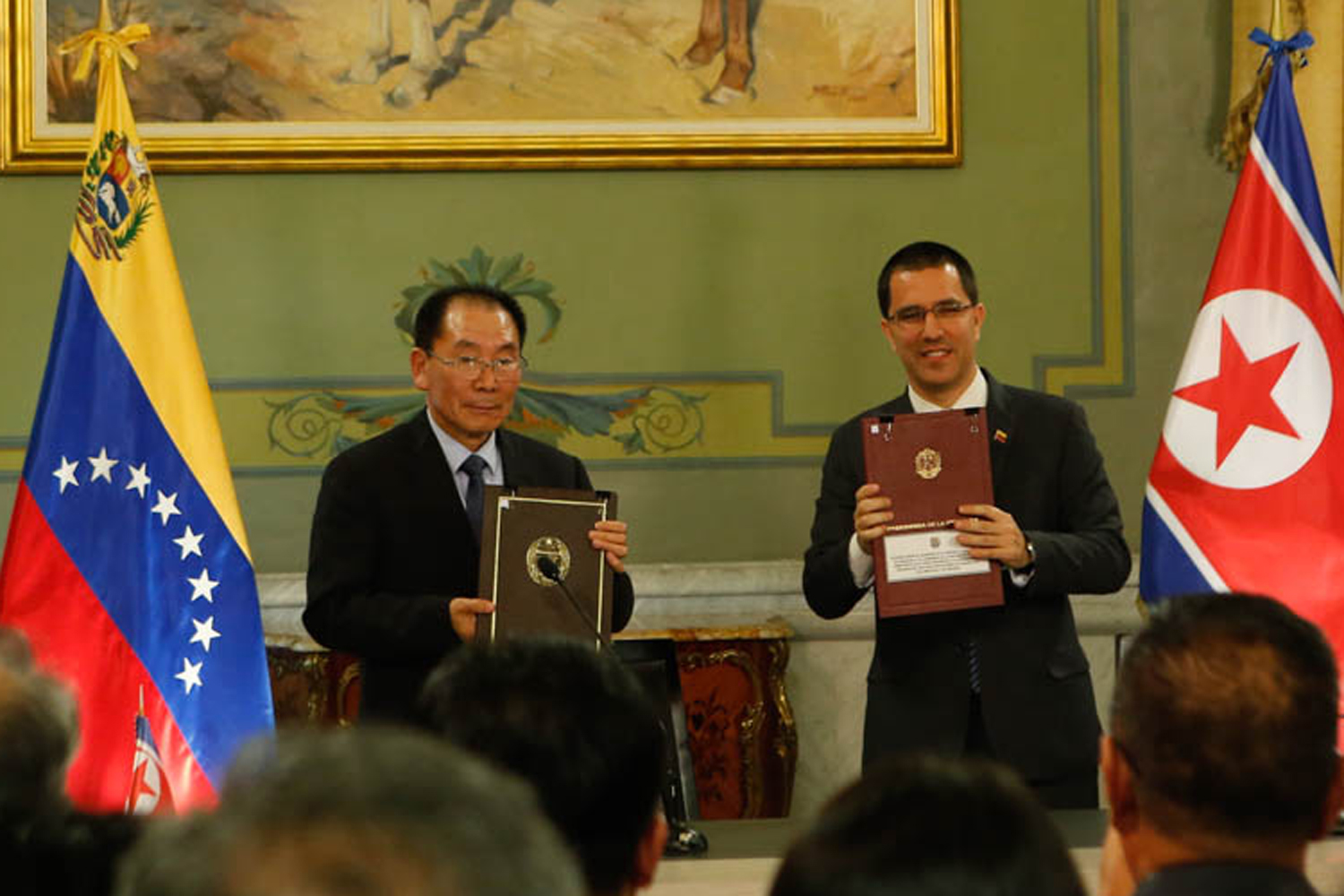 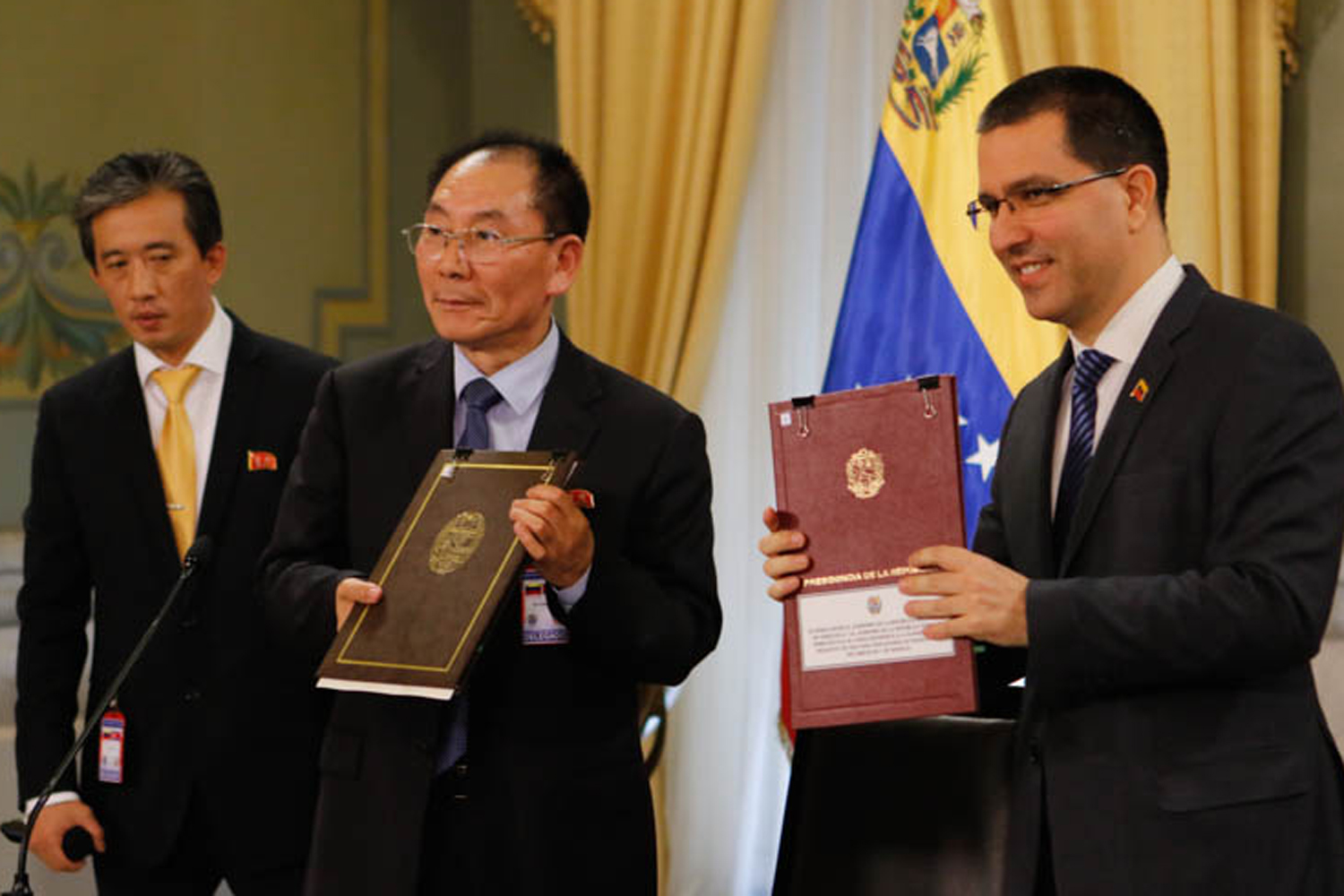