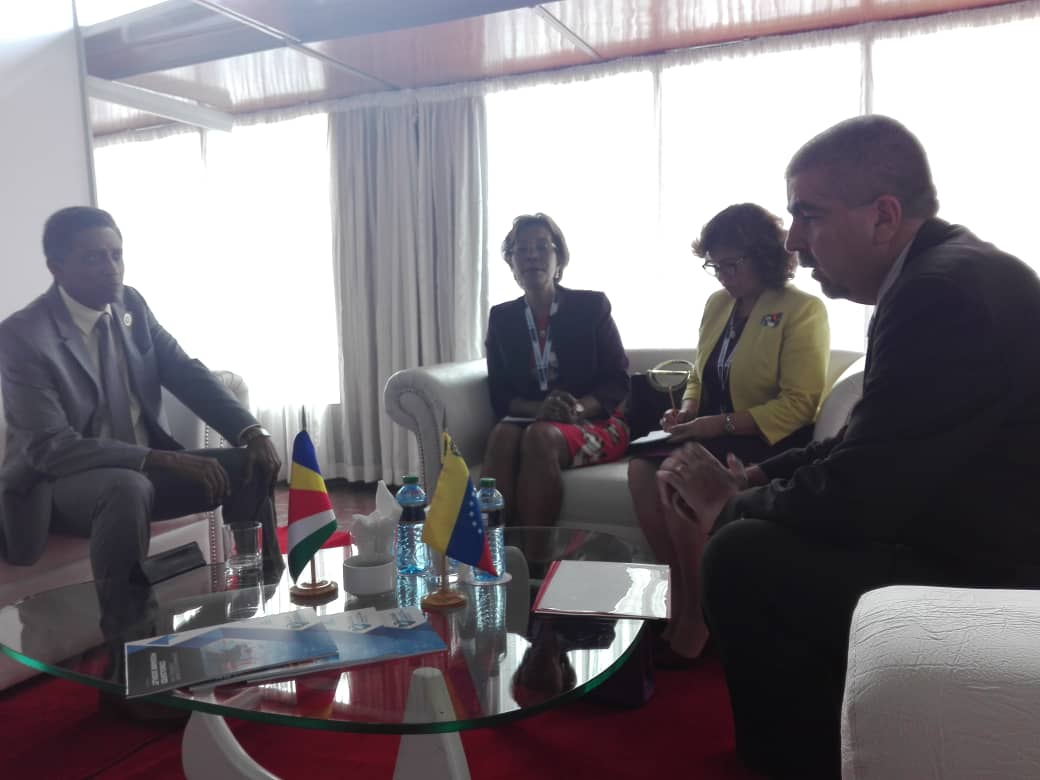 With the firm intention of strengthening ties and cooperation between the Bolivarian Republic of Venezuela and the Republic of Seychelles, the president of that African nation, Danny Faure, expressed their solidarity and unrestricted support to the government of President Nicolás Maduro and the Venezuelan people, thus ensuring the south-south cooperation.

Faure made this declaration of support during a meeting he held with the Vice-minister for Africa of the People’s Power Ministry for Foreign Relations, Yuri Pimentel, who is conducting a work tour in the African continent in order to strengthen the diplomatic and friendship relations between both nations.

The president of Seychelles, highlighted the strength of the Venezuelans despite the difficulties that the Caribbean nation is facing, motivated by the unilateral and coercive sanctions imposed by the United States and the European Union.

In this sense, and in defense of sovereignty and independence, both Faure and Pimentel agreed to strengthen bilateral relations framed in South-South cooperation, composed of developing countries facing similar economic, political and social situations, which seek to overcome these difficulties pointing towards the development of peoples.

Given this panorama, it was agreed to carry out an exchange of high-level visits to evaluate the strategic areas of education, culture and health that would enhance the economy and development of both countries.

In the same way, both Pimentel and Faure considered it of vital importance to pay special attention to the issue of media distortion for what they considered necessary to strengthen the political consultation mechanisms and the permanent exchange of information. 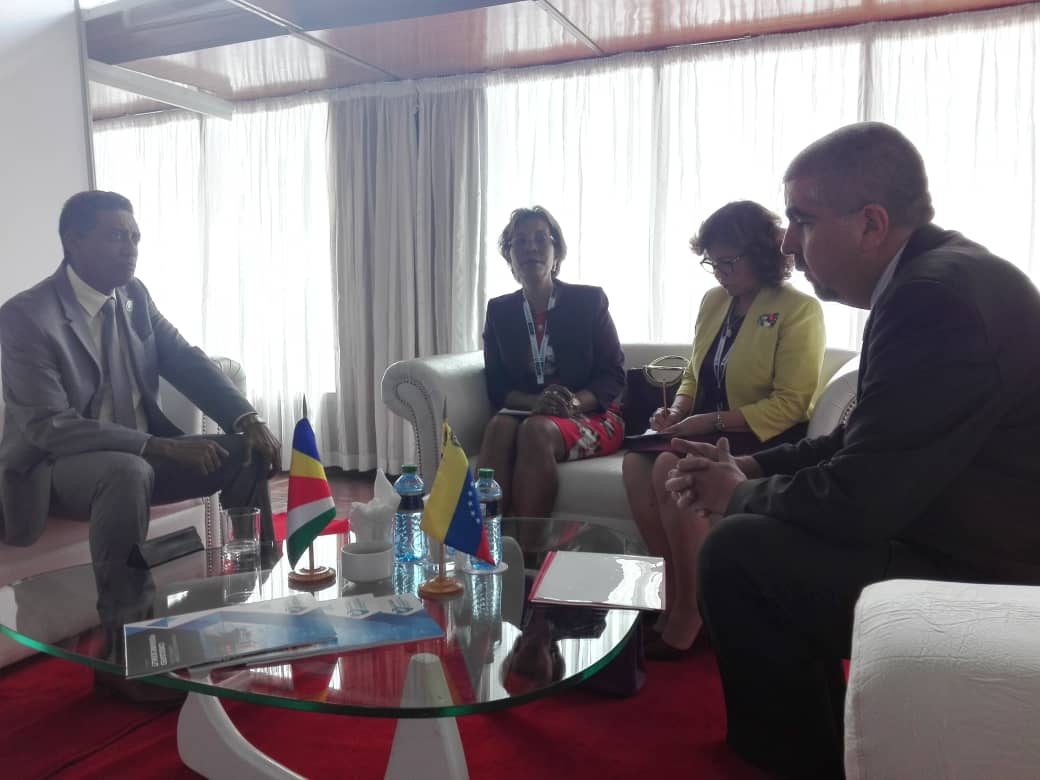 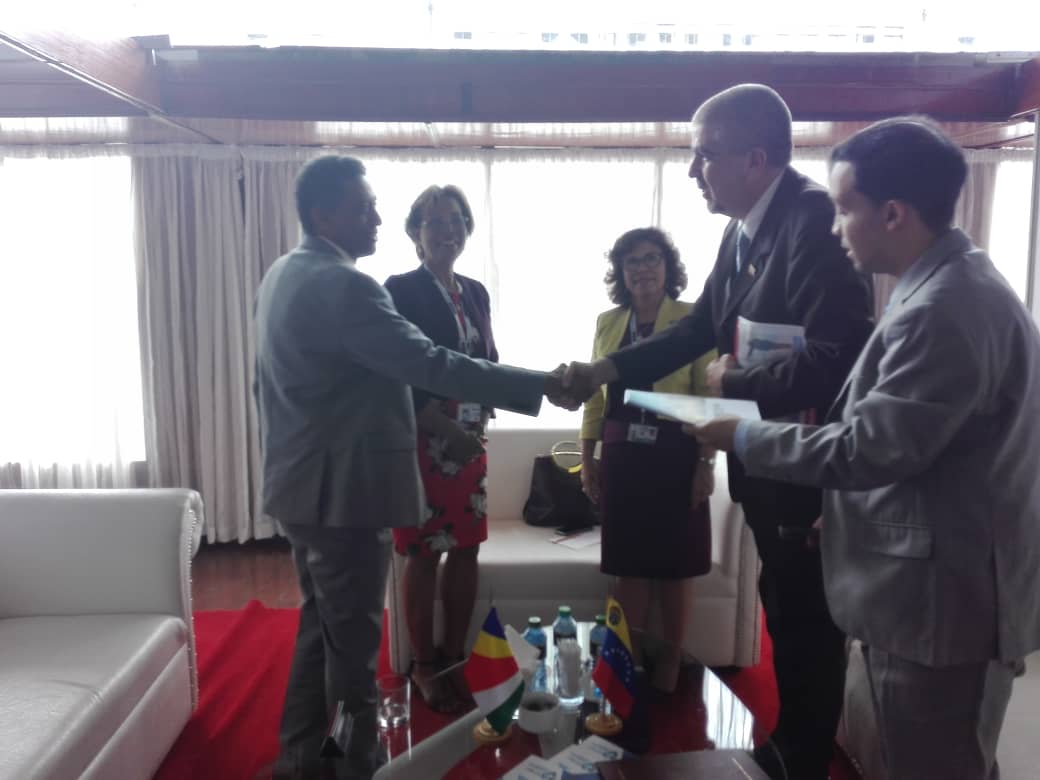 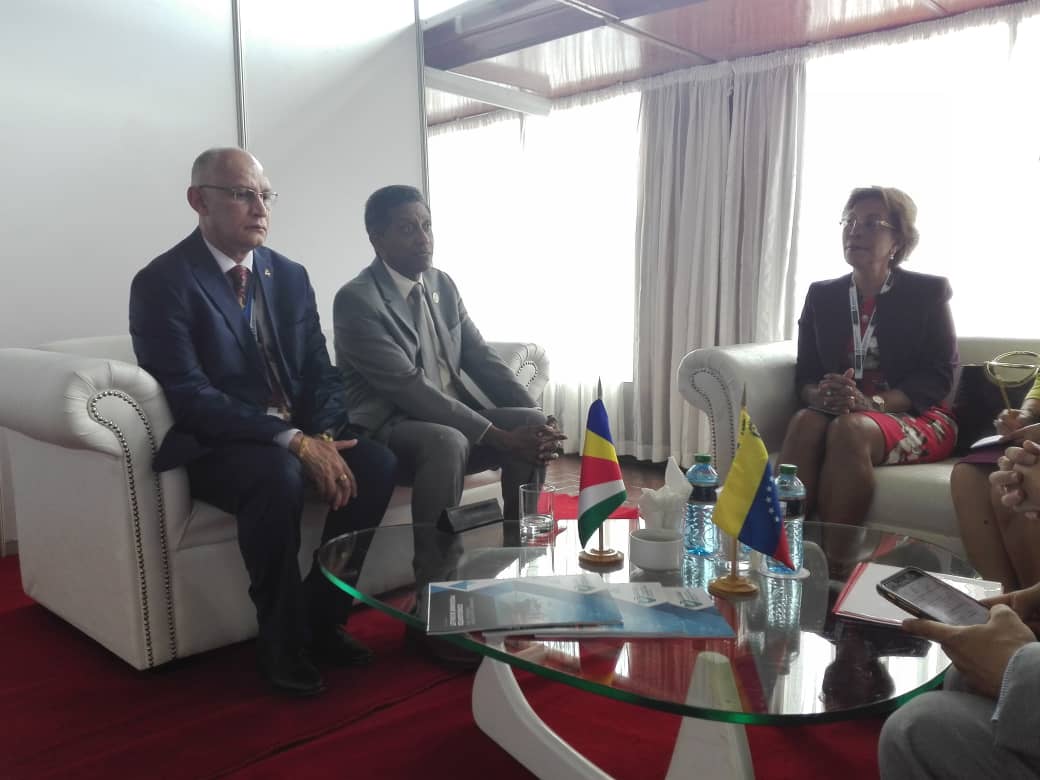 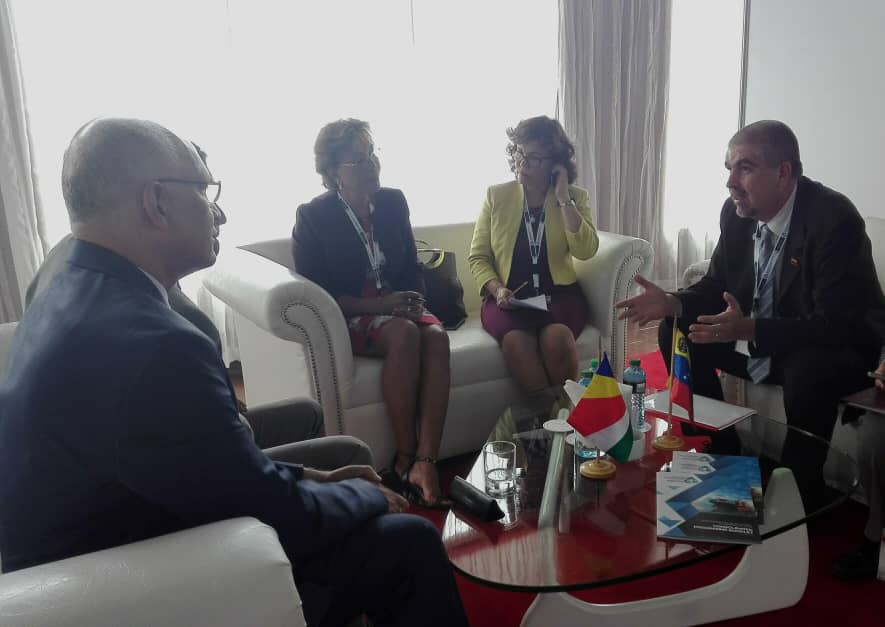