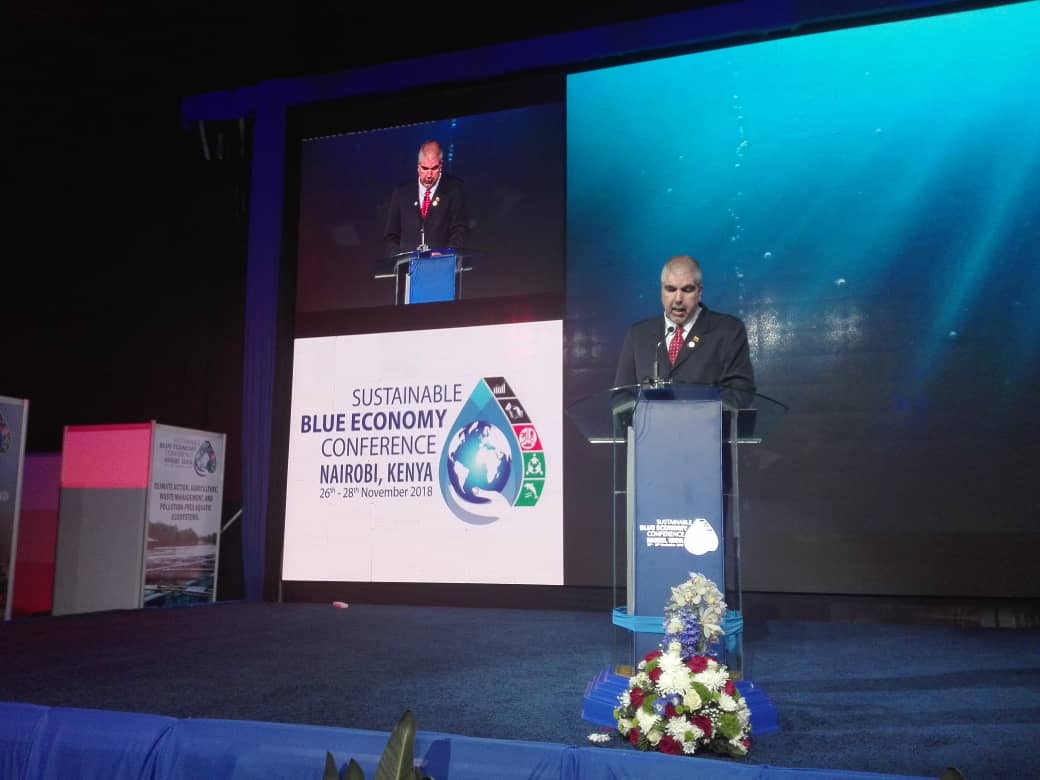 Venezuela has always opted for a balanced vision on the policies of sustainable development contemplated in the Plan de la Patria 2019-2025, a counter-offensive to the capitalist economic system focused on a humanistic, ecological and integral perspective, as stated by the Vice-minister for Africa of the People’s Power Ministry for Foreign Relations, Yuri Pimentel.

The Venezuelan official, who is on a work tour in the African continent with the aim of strengthening diplomatic and cooperation relations, participated on Monday at the Sustainable Blue Economy Conference held in the city of Nairobi, the capital of Kenya.

The purpose of this forum is to evaluate the policies for the ecological use of marine resources, actions that also benefit the people.

In this sense and in the face of the onslaught of imperial powers against countries that defend their sovereignty and economic independence, Pimentel said that it is necessary to generate an international context that strengthens the economic and social development of the peoples of the south.

In this regard, the Vice-minister said that “The people of Venezuela face new challenges as a result of the brutal economic blockade imposed on the Caribbean nation, which is why the National Government led by President Nicolás Maduro has launched the Economic Recovery, Growth and Prosperity Plan”.

Finally, he said that the Caribbean nation considers alternatives such as sustainable economy, which in its opinion, must serve the interests of the peoples of the world in order to preserve life on the planet of future generations.