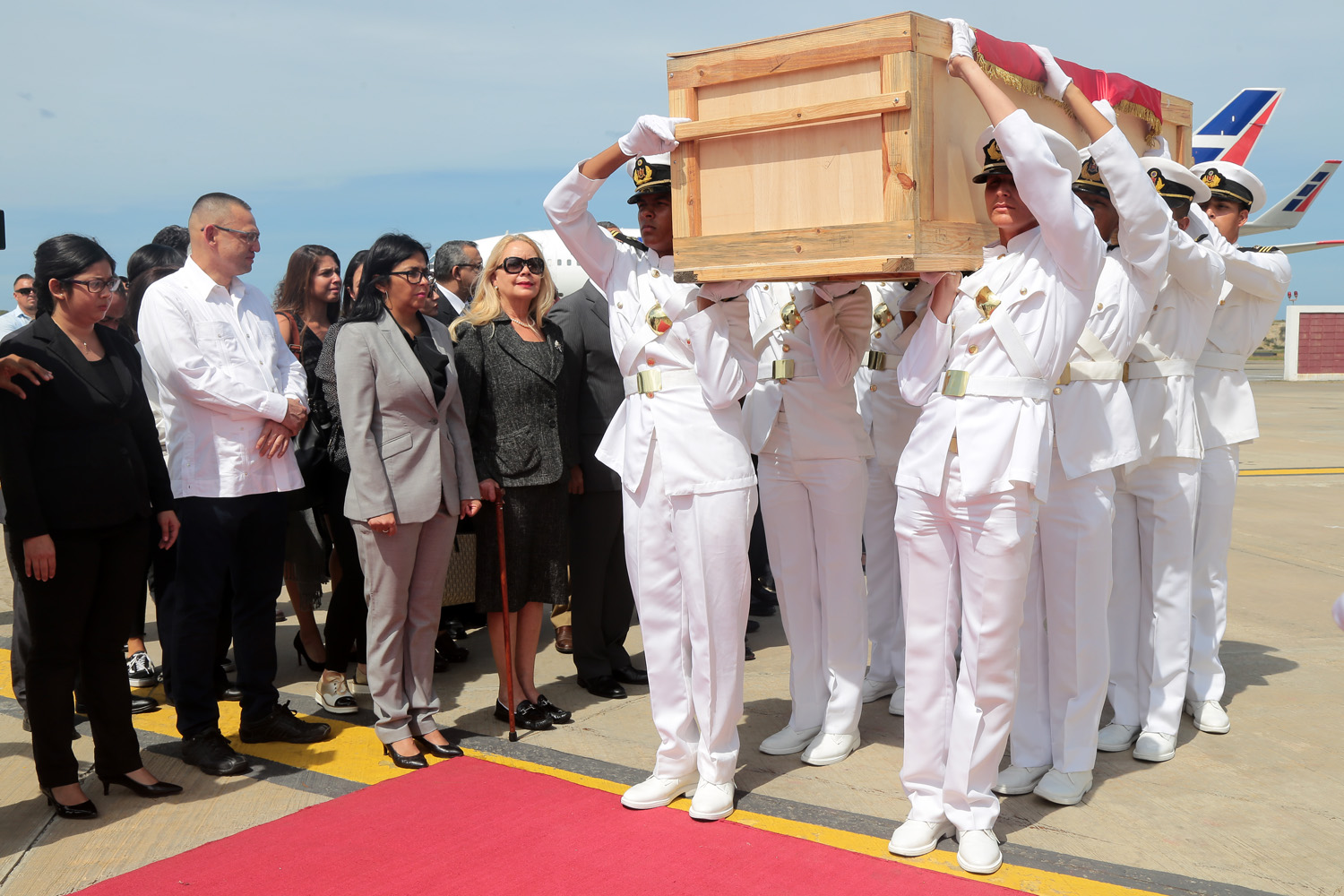 The remains of the revolutionary Alí Rodríguez Araque, arrived at the Simón Bolívar International Airport, Vargas state from the Republic of Cuba where he was at the time of his death on Monday.

The body was received by the executive vice president of the Bolivarian Republic of Venezuela, Delcy Rodríguez, the Venezuelan foreign minister, Jorge Arreaza and part of the Executive Cabinet who gave honors to the revolutionary man.

It is expected that the honors and ardent chapel of the former ambassador of Venezuela in Cuba will be held this Wednesday, in Casa Amarilla, headquarters of the Venezuelan Foreign Ministry, Plaza Bolivar, historic center of Caracas.

Rodriguez Araque, politician, lawyer and Venezuelan diplomat, accompanied the Bolivarian Revolution from different positions, such as the Foreign Minister, Minister of Energy and Mines, President of Petróleos de Venezuela (PDVSA), General Secretary of the Organization of Petroleum Exporting Countries ( OPEC), General Secretary of the Union of South American Nations (Unasur) and Minister of Economy and Finance.