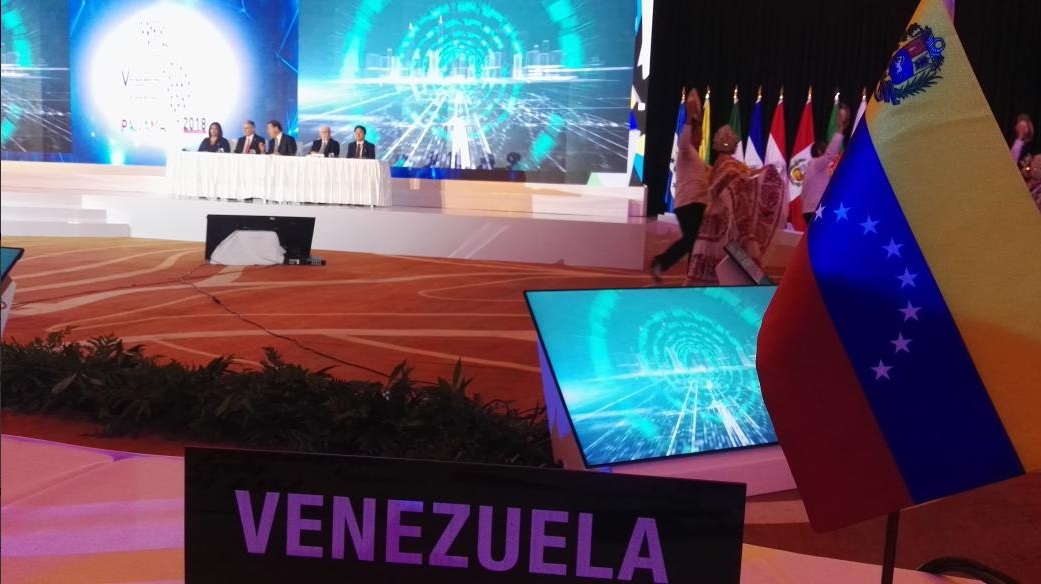 The National Center of Information Technologies represents Venezuela in the V Meeting of Electronic Government and XII Annual Meeting of the Gealc Network.

The V Ministerial Meeting of Electronic Government that takes place in Panama recognized this Friday the work of Venezuela in the matter of development of Public Software for the use of Electronic Firmware in different countries of the Latin American and Caribbean region.

The recognition given to Venezuela responds to three important actions: The first of these is having hosted the Regional Public Software Co-Creation Meeting for Electronic Firmware, which was held at the Chancellery headquarters in the city of Caracas, on 30 and 31 October 2017 with the participation of several Central American countries. There, the whole effort of Venezuela and its articulation among diverse institutions for this important issue of digital government was visible. The meeting was attended by the National Center for Development and Research in Free Technologies (Cenditel), the Foundation Institute of Engineering (FII), the Superintendence of Electronic Certification Services (Suscerte), the Ministry of University Education, Science and Technology and the National Center of Technologies of Information (CNTI).

The second is the horizontal cooperation between Venezuela and El Salvador within the framework of the Public Software regional project, in which through a memorandum of understanding signed by ITIGES and CNTI, CENDITEL and CNTI advise the presidency of the Central American country in subject of electronic firmware.

The third action that made Venezuela worthy of this recognition was the horizontal cooperation agreements between El Salvador and Venezuela and the fact of offering to the countries of the region the Murachi Public Software developed by CENDITEL, with which the declaration of Santo Domingo in the Dominican Republic was signed last year during the XI Annual Meeting of E-Government Network of Latin America and the Caribbean.

The V Ministerial Meeting of Electronic Government of Latin America and the Caribbean organized by the Gealc Network that was held in Panama from November 15 to 16, 2018, had the participation of delegations from more than 20 countries of the region, and exhibitors from Korea, the United States, Estonia, Italy, Portugal and the United Kingdom, among others.

This fifth edition of the Ministerial Meeting had as its central theme the “Value of Digital Government, both in terms of efficiency and equity” and in this sense the meeting also approached to the cross-cutting aspects that are essential to implement digital government and the emerging technology trends, from the blockchain to the electronic intelligence.