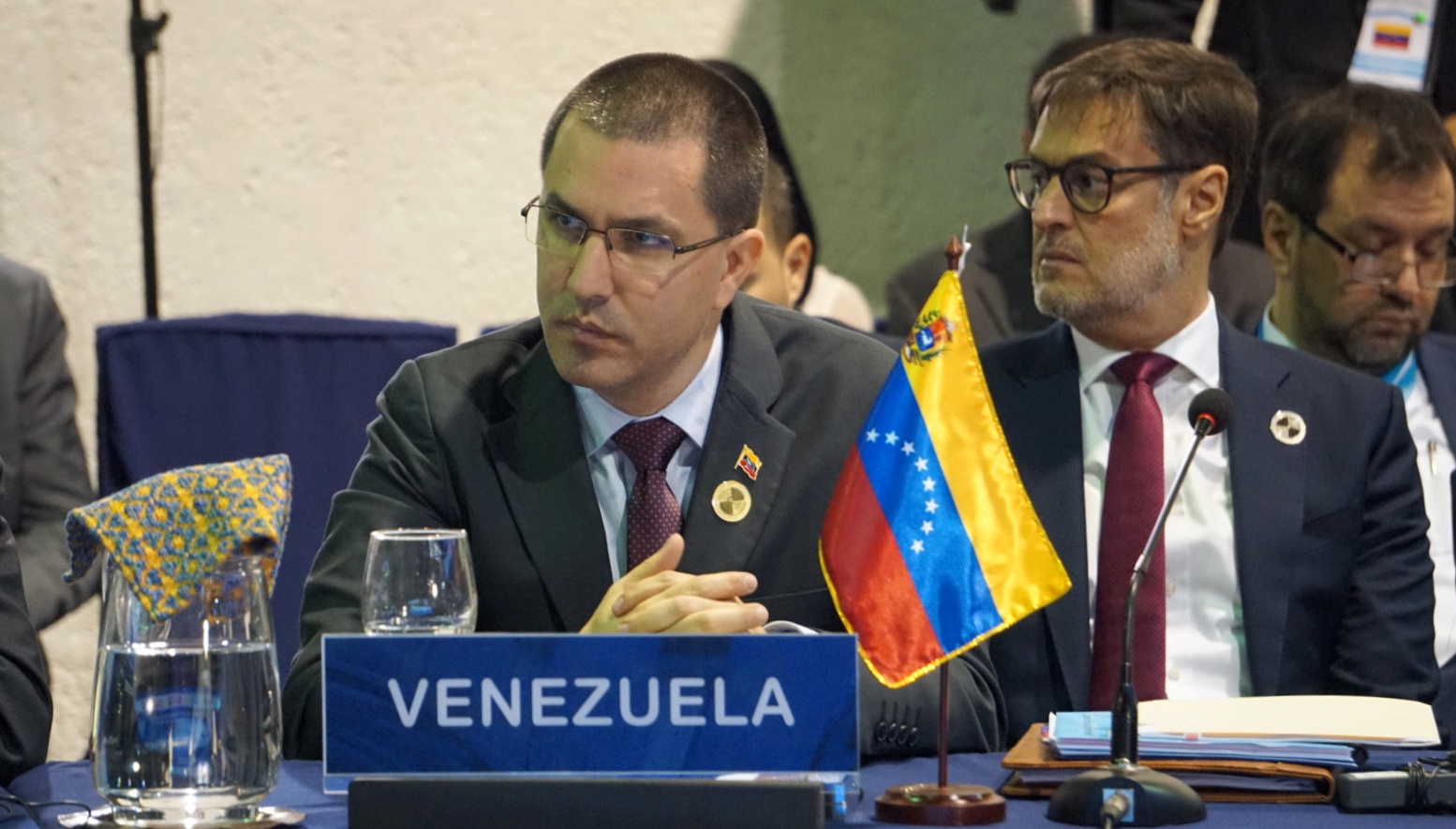 The FM of the Bolivarian Republic of Venezuela, Jorge Arreaza, accused the President of the Republic of Costa Rica, Carlos Alvarado, of using Venezuela and Nicaragua to distract the internal problems of his country and undermine the stability of the XXVI Ibero-American Summit of Heads of State and Government held today in La Antigua, Guatemala.

“Venezuela and Nicaragua are often used as smoke screens to try to hide internal problems that we all have, while Venezuela only wants peace in the region”, said the Foreign Minister.

In this sense, Minister Arreaza, putted the Bolivarian Government, of workers’ spirit, at service so the Republic of Costa Rica manages to engage in a respectful dialogue with the workers of his country, who have been in strike for more than 68 days. before tax reforms.

It should be noted that President Alvarado was the only president who broke with the spirit of unity of the meeting by pointing out in a disrespectful way the migration situation that our country is going through and requesting the intervention of the international community in the affairs of Nicaragua and Venezuela.