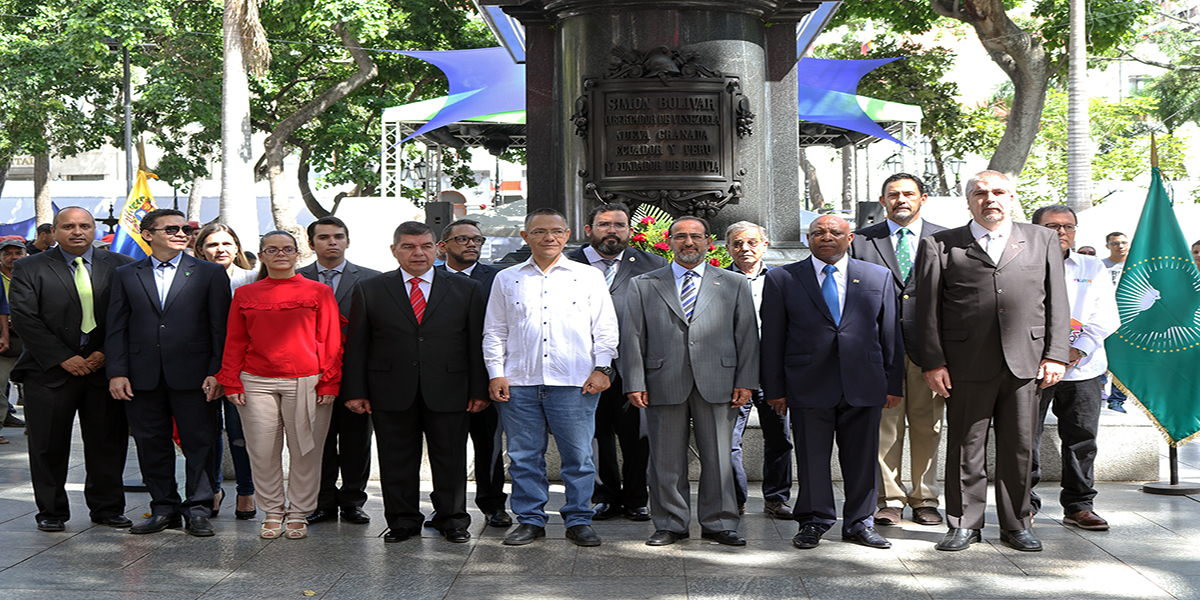 The Africa Week in Venezuela is celebrated with a floral offering

On the occasion of celebrate the Africa Week in the Bolivarian Republic of Venezuela, a wreath was held on Saturday before the equestrian statue of the Liberator Simón Bolívar in the Plaza Bolívar in Caracas.

The solemn act was attended by the Ambassador of the Republic of South Africa, Joseph Muzi Khehlainkosi and the ambassador of the Sahrawi Arab Democratic Republic, Mohamed-Salem Daja.

Representing the Bolivarian Republic of Venezuela were the Vice-minister of Foreign Relations for Africa, Yuri Pimentel, and the People’s Power Minister for Culture, Ernesto Villegas.

The offering, which coincided with the 14th edition of the International Book Fair of Venezuela (Filven 2018), was also attended by the founding director of the Institute of Strategic Research on Africa and its Diaspora, Reinaldo Bolívar. 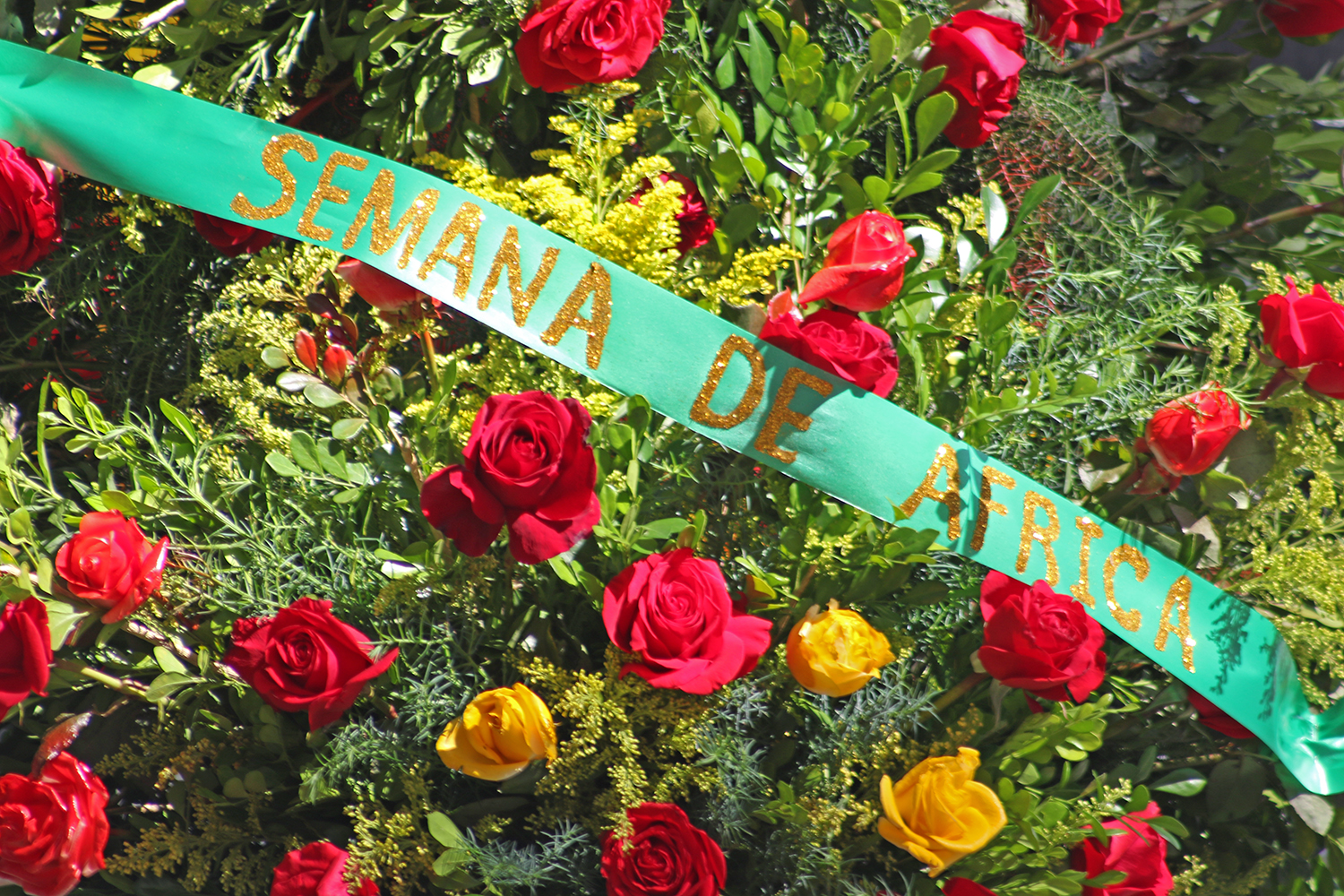 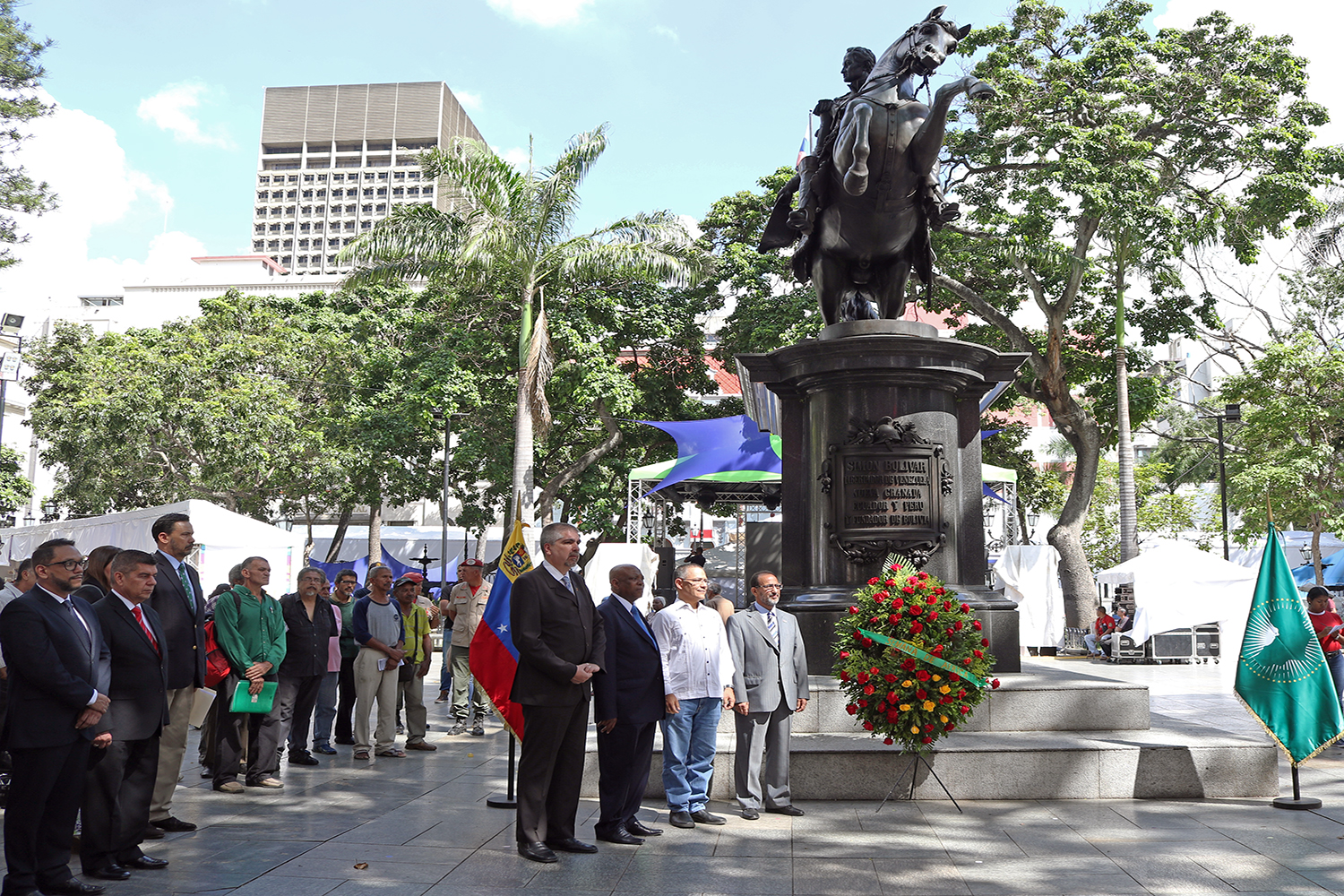 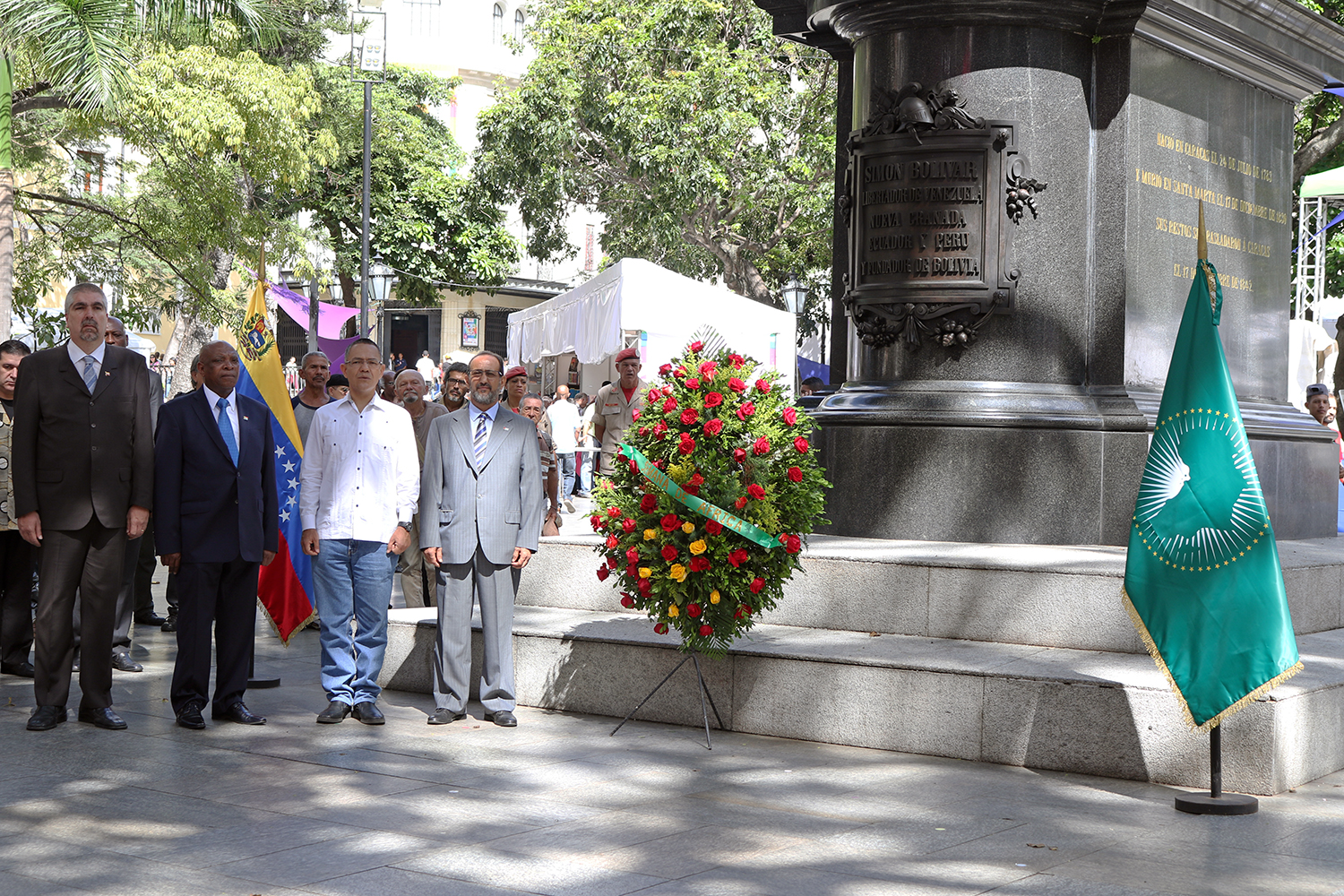 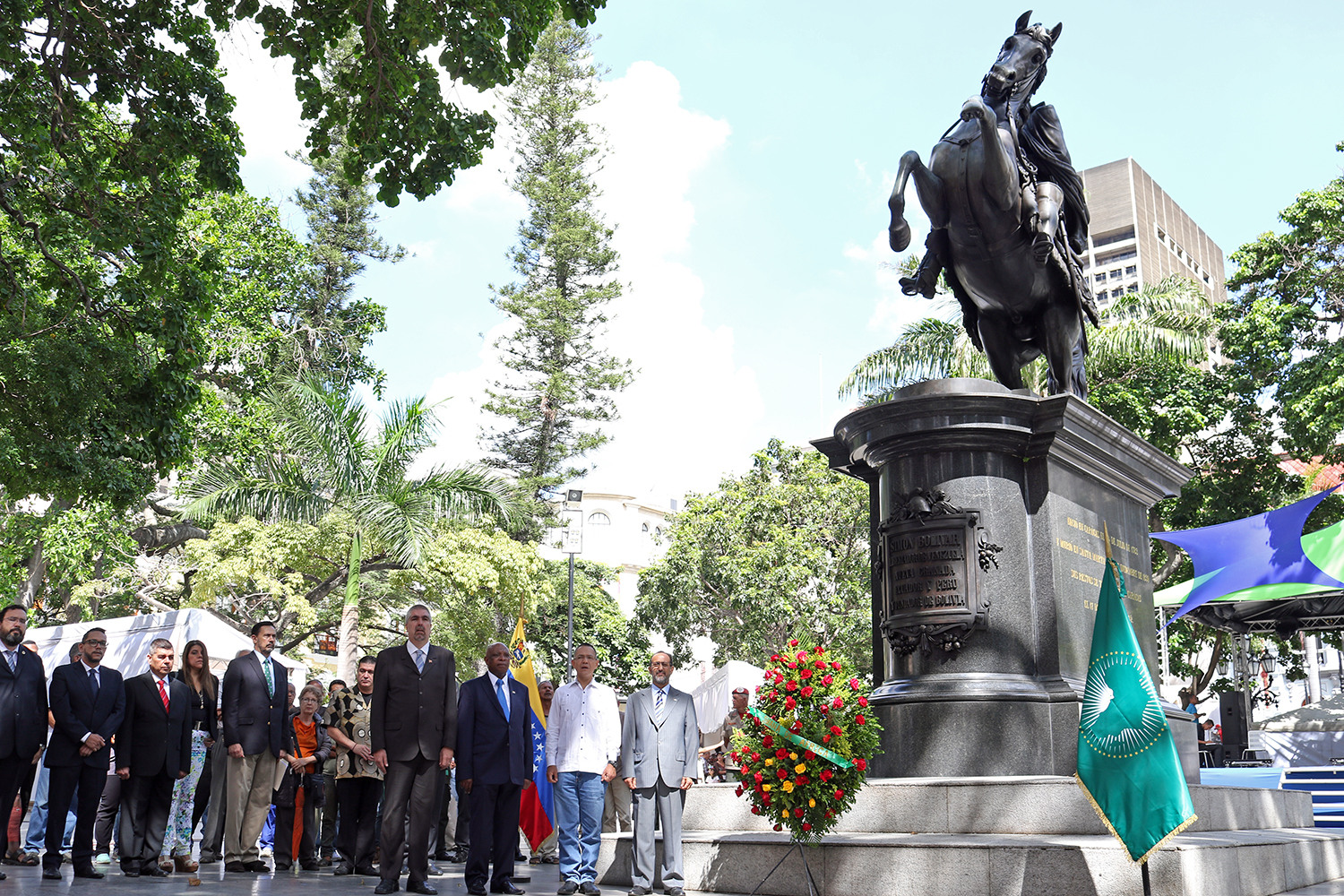 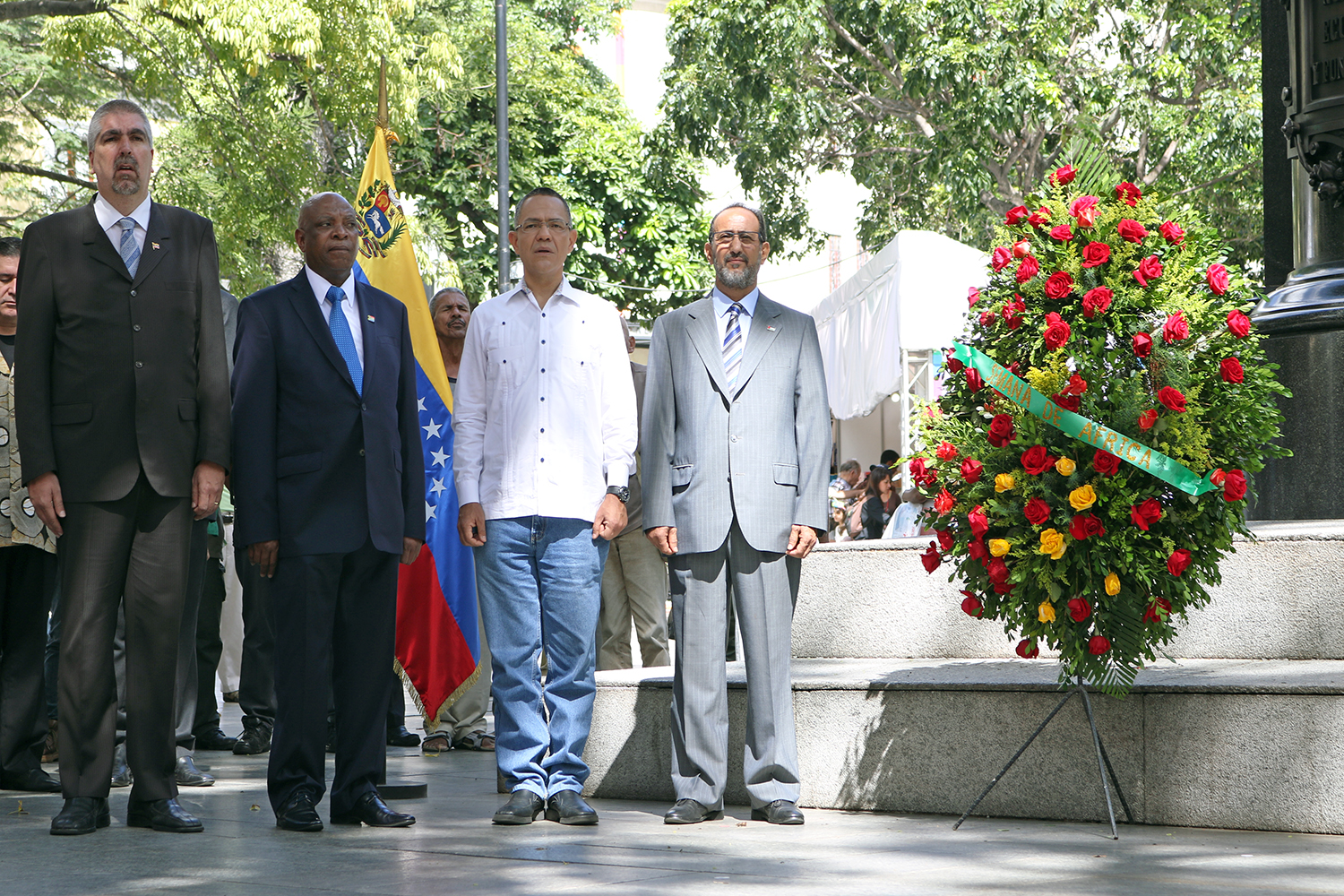 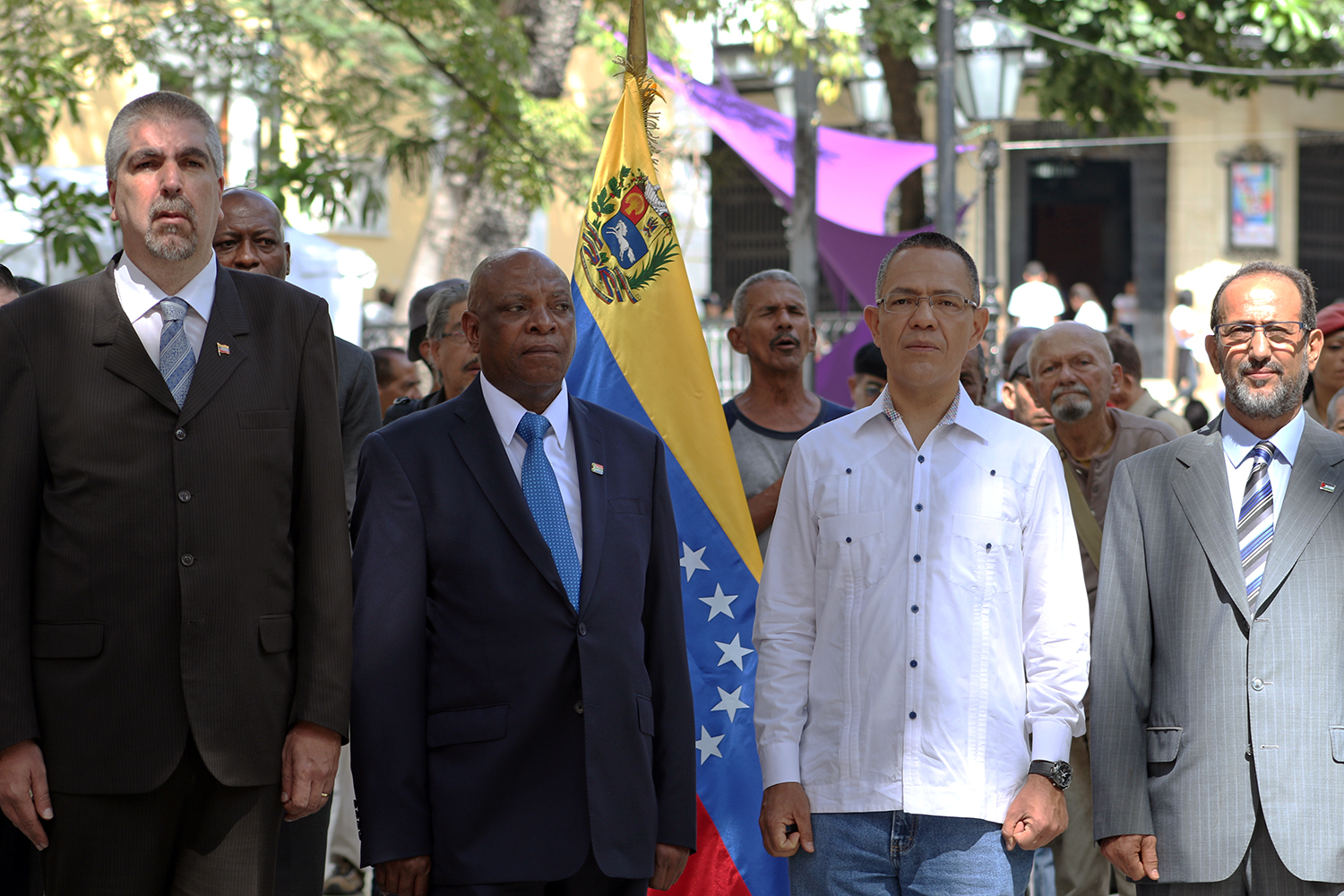 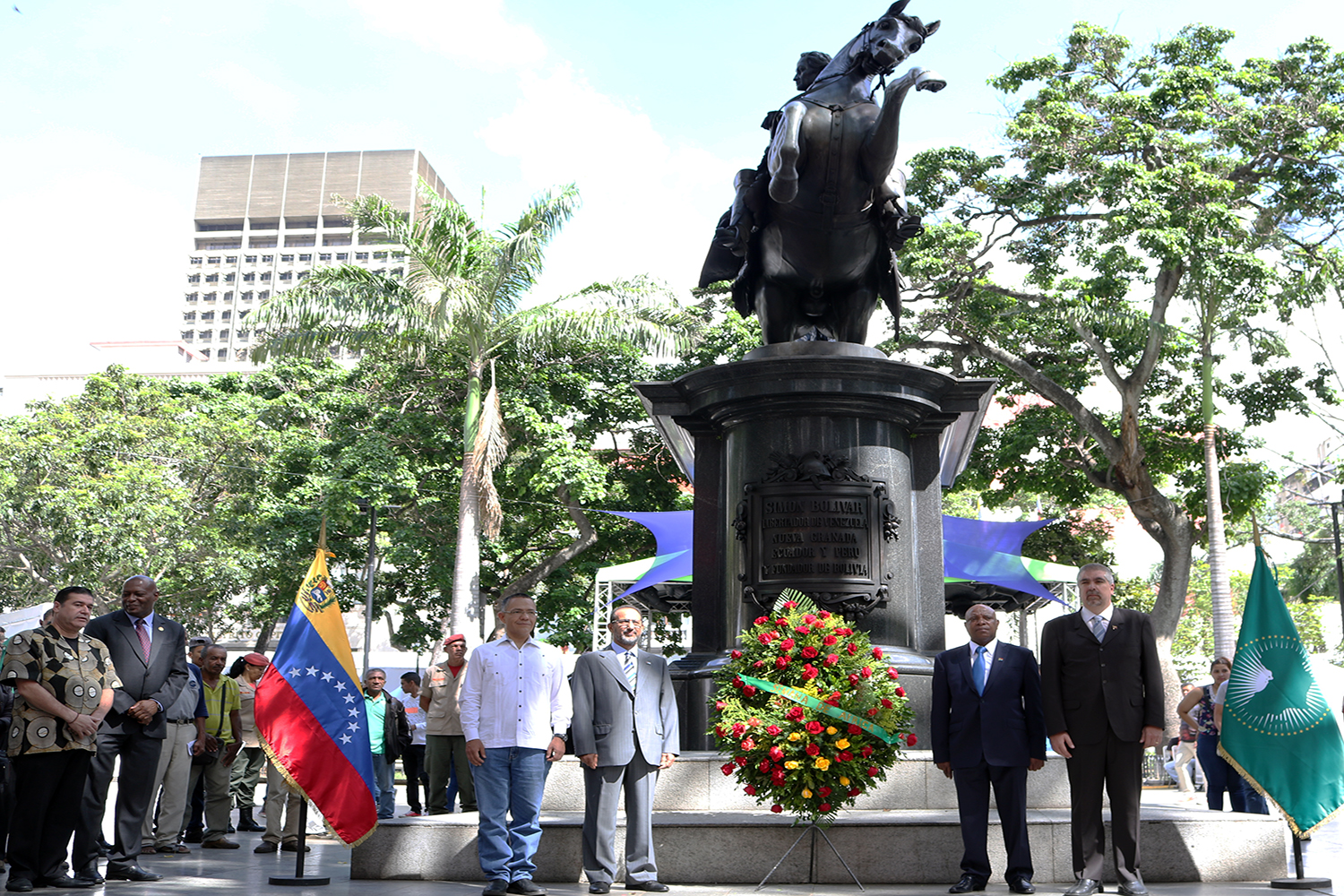