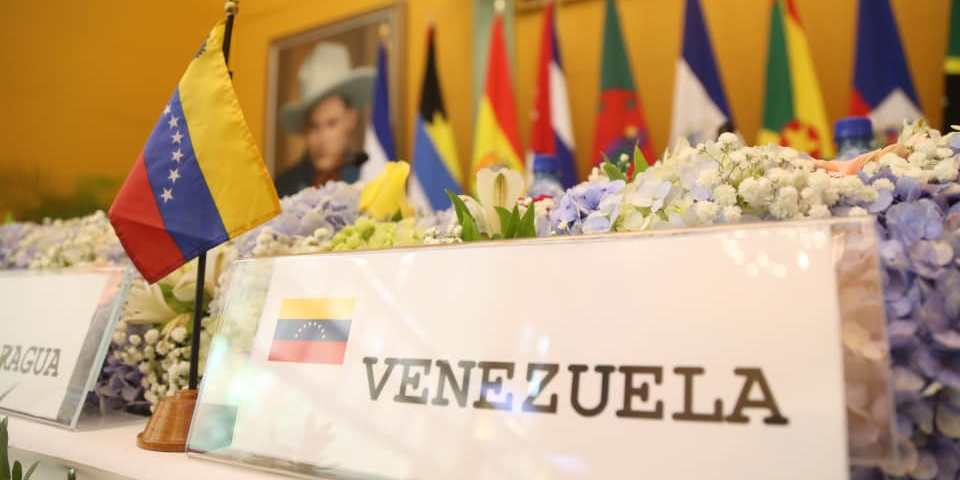 The countries of the Bolivarian Alliance for the Peoples of Our America – Peoples Commerce Treaty (ALBA-TCP) ratified their unrestricted support to the Bolivarian Republic of Venezuela, before the illegal economic and financial blockade imposed by the government of the States United and its allies against the South American country.

“The Unilateral sanctions that the United States; the European Union and Canada have imposed on the Venezuelan people, have strengthened the Bolivarian Revolution and its people. Venezuela will keep worthily resisting and defeating the Empire and its allies”, highlights, the final declaration of the XVII Ordinary Meeting of the organism’s Political Council, held in Managua.

In the text, the States parties to the ALBA-TCP reject the systematic and interventionist actions of the General Secretary of the Organization of American States (OAS), Luis Almagro, and of some countries that claim to attack the sovereignty, self-determination and constitutional order of the Bolivarian Republic of Venezuela and other countries where their peoples have decided to govern themselves without guardianship of any kind, which would result in the destabilization of the region.

The statement also includes the support of the agency to the Republic of Nicaragua, which resisted the attempted coup d’etat of the internal and external conservative forces that, transgressing the constitutional order and the rule of law, sought the overthrow of President Daniel Ortega.

In this regard, the countries of ALBA-TCP stressed that “the Nicaraguan people have given a lesson of dignity and resistance to the enemies of progressive governments with the support of the free peoples of the world.”

Support for Cuba and Bolivia

The coalition also reiterated the international community’s demand to unconditionally lift the economic, commercial and financial blockade imposed by the United States on Cuba, which affects the Cuban people and because of its extraterritoriality affects all States.

The ALBA-TCP nations also ratified the support committed to the people and government of Bolivia in its historic and fair right to an exit to the sea with sovereignty.