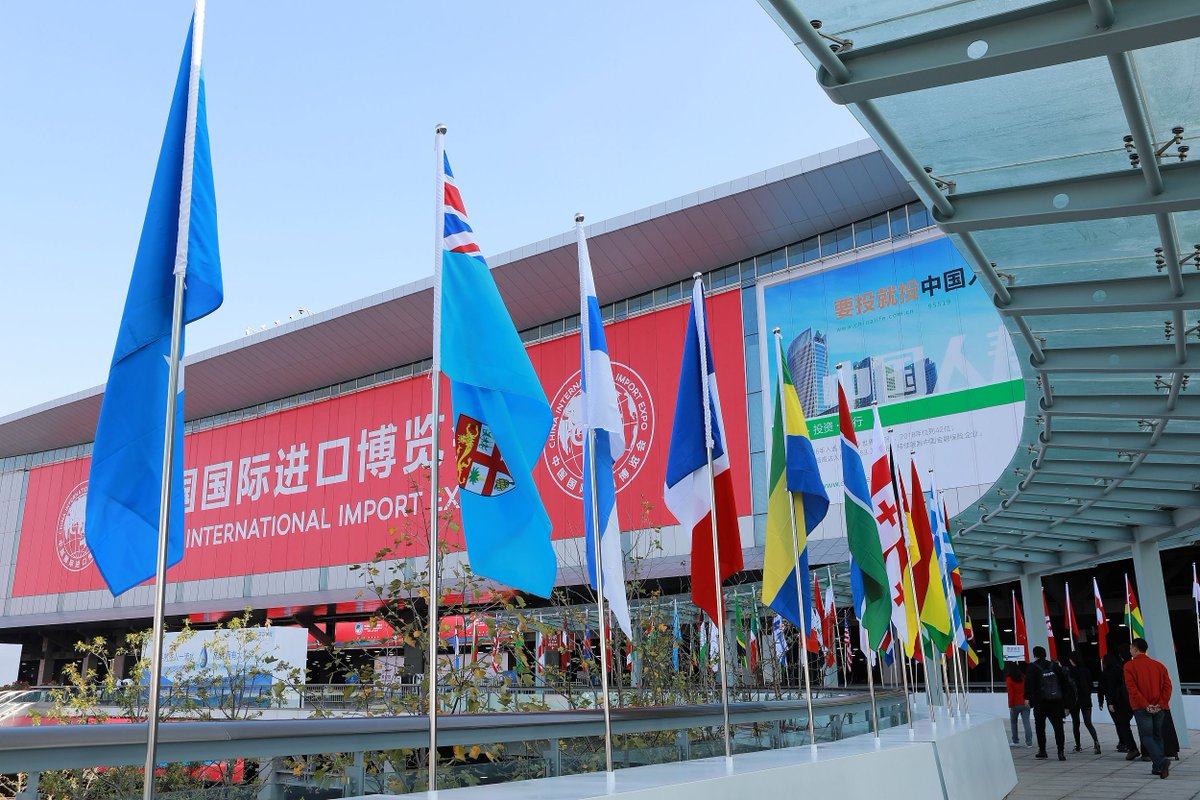 Shanghai, November 5, 2018.- The potential of Venezuela as one of the most important oil countries in the world, due to the volume of its reserves and the variety of its crude oil, will be presented at the International Import Fair of China (CIIE) 2018, which takes place from November 5 to 10 in the city of Shanghai.

In the Venezuelan Pavilion will be exhibited several sections, among them, the energy area where the strategy of commercial expansion between the People’s Republic of China and the Bolivarian Republic of Venezuela, whose commercial relationship is solid, will prevail.

It is important to highlight that last September, both nations signed 28 cooperation agreements, with the aim of boosting the economy and development of these countries in oil and mining.

In this regard, the President of the Bolivarian Republic of Venezuela, Nicolás Maduro, recalled that in 2019 will be 20 years since the first visit of the Eternal Commander Hugo Chávez to the Asian nation, which reached “a proposal of historic and strategic alliance”.

The occasion was propitious so the National Head of State invited exporters and businessm last September 13, 2018, to participate in the International Import Exhibition of China held in Shanghai. “It is the next step on the road to build a successful, virtuous and victorious relations with China”, he added.

In this way, it seeks to strengthen the hydrocarbons sector, one of the engines of the Bolivarian Economic Agenda promoted by the Venezuelan Government that shows a new productive model to recover and boost the country’s financial system.

It should be noted that Venezuela is a member of the initiative announced by China in 2013 called “The Strip and the Road” that aims to connect countries in Asia, Europe, Africa and America with better infrastructure for a trade oriented to the development of the people.

The event will be attended by more than 80 countries, where China will offer business opportunities in purchases of goods and services.

The Venezuelan delegation, headed by high authorities, will be accompanied by representatives of public and private companies, with more than 100 participants, as well as the main state public companies such as Petróleos de Venezuela, S.A. (PDVSA).

Likewise, Venezuela has a pavilion of 136 meters, where will participate with a sample of the national potential, promoting items such as agriculture, agro-industry, tourism, culture, among others, highlighting the most important commercial sectors in the country.

This is possible thanks to the joint work between the Ministry of Commerce of the People’s Republic of China and the Municipal Government of Shanghai, having as organizers the Office of International Import and Export of China and the National Center of Exhibitions and Conventions of Shanghai.