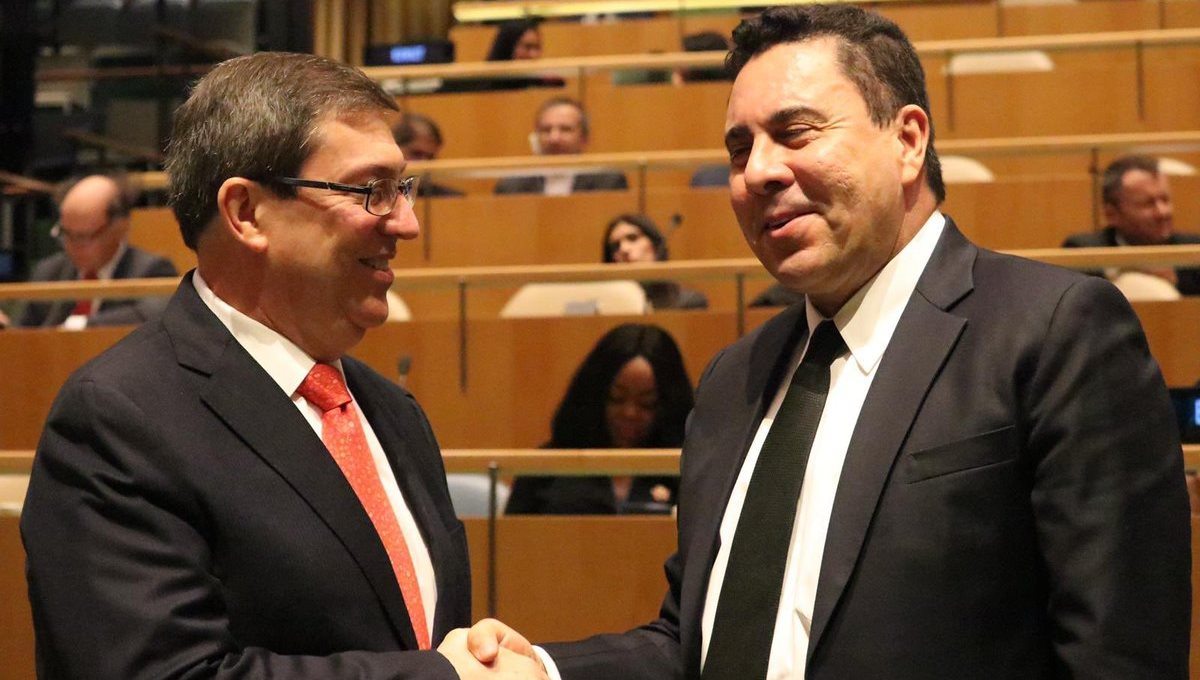 Venezuela congratulates Cuba for a convincing victory in the UN

With the purpose of ending the economic, commercial and financial blockade imposed by the United States of America against the Republic of Cuba, for more than 50 years, the international community once again raised its voice in rejection of these measures that seriously affect the Caribbean people.

In this sense, the Minister of Foreign Relations of Cuba, Bruno Rodríguez, pointed out that the United States Government manipulates and politicizes the universal desire to guarantee human rights and the objectives of sustainable development through the eight amendments presented by that country but “it pursues the evident purpose of creating a pretext to harden the blockade and try to present the illusion that there is international support for this hostile policy”.

During the plenary session of the UN General Assembly, the members of the Organization voted to consider item 43 of the agenda, in rejection of the criminal and illegal blockade against Cuba.

With 189 votes in favor, two against and no abstentions, the resolution was again approved in favor of the heroic Cuban people who, since 1992, has had the majority support of the international community in repudiation of the blockade that violates the principles and purposes of the Charter of the United Nations and international law.

In this regard, the Bolivarian Republic of Venezuela expressed its unconditional support and celebrated the results obtained in favor of multilateralism, peace, sovereignty, development and self-determination of the Cuban people who have been victims of an extremist imperial policy for decades.