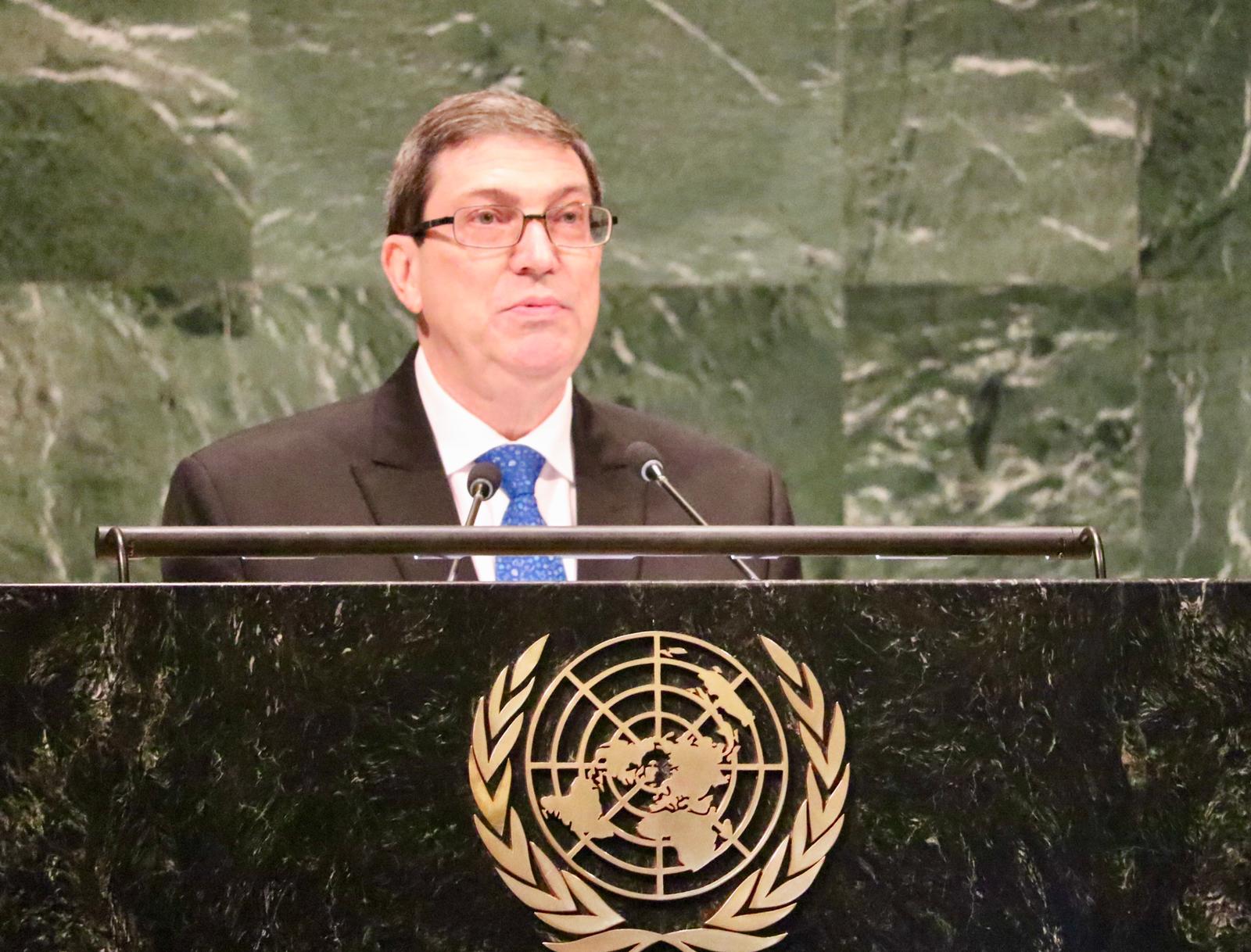 This Thursday, the Foreign Minister of the Republic of Cuba, Bruno Rodríguez, presented before the General Assembly of the United Nations (UN) a resolution and report against the economic, commercial and financial blockade suffered by the Caribbean country, imposed by the Government of the United States.

During his pronouncement, the Minister of Foreign Relations of Cuba stressed that the objective of the blockade against the Caribbean island has not changed over time, and proof of this is the speech of April 6, 1960 by the Subsecretary of State of the United States.

“There is no effective political opposition, the only possible means to lose the internal support of the Government is to provoke disappointment and discouragement, through economic dissatisfaction and hardship, we must quickly put into practice all possible means to weaken the economy , denying Cuba money and supplies, in order to reduce nominal and real wages, with the aim of causing hunger, despair and the overthrow of the government”, said the Cuban diplomat.

In turn, Rodriguez noted that the United States Government manipulates and politicizes the universal desire to guarantee human rights and sustainable development goals through the eight amendments presented by this country, which “pursues the obvious purpose of creating a pretext to toughen the blockade and try to present the illusion that there is international support for this hostile policy”.

“We are confident that the amendments will be rejected and that the resolution will receive overwhelming majority support, as has happened in the past”, he said.

On the other hand, the Cuban foreign minister condemned the interventionist policies promoted by the US government against Latin American countries such as Venezuela, Nicaragua and Bolivia, “where they use a brutal defamation campaign against them and carrie out a military threat while calling for violence and for coup d’état”, highlighted the Foreign Minister Rodríguez.