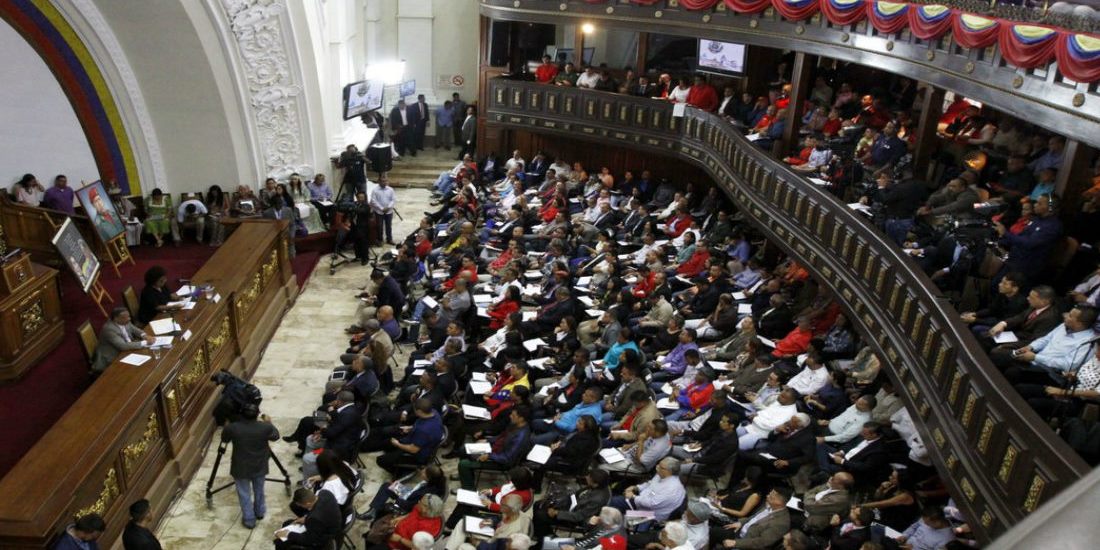 The National Constituent Assembly (ANC) of the Bolivarian Republic of Venezuela approved a Constitutional Agreement rejecting the criminal economic, commercial and financial blockade maintained by the government of the United States against the Republic of Cuba.

The plenipotentiary Venezuelan legislative body denounced in the document that under the administration of Donald Trump not only has the blockade against the island increased in its economic, commercial and financial dimensions, but there has been a setback in the advances that had been experienced with the process of normalization initiated under the presidency of Barack Obama.

Considering, moreover, that the Bolivarian Republic of Venezuela has repeatedly expressed in all international forums its support for the Cuban government and people, and its condemnation of the blockade imposed by the United States on Cuba, the ANC agreed:

First.Express, faithful to the legacy of Commander Hugo Chávez, historical leader of the Bolivarian Revolution, his firm and unwavering rejection of the brutal economic, commercial and financial blockade that, for almost sixty years, the United States has imposed on the Republic of Cuba.

Second. Express our categorical support for the Cuban people, whose human rights are flagrantly and systematically violated through the implementation of the blockade.

Third. Demand to the government and the Congress of the United States to immediately cease the blockade imposed on the Republic of Cuba, in compliance with the 26 resolutions adopted by the international community within the General Assembly of the United Nations.

Fourth. To urge the governments of other countries of the world to support the resolution to be debated on October 30 by the General Assembly of the United Nations in support of the Cuban government and people, and against the criminal blockade imposed by the U.S government, as an expression of international condemnation against this policy, contrary to the most elementary principles of international law and the Charter of the United Nations.

Fifth. Publish this Constituent Agreement in the national media and in the Official Gazette of the Bolivarian Republic of Venezuela.

The Constituent Agreement was approved by the ANC in the exercise of the powers provided in articles 347, 348 and 349 of the Constitution of the Bolivarian Republic of Venezuela.