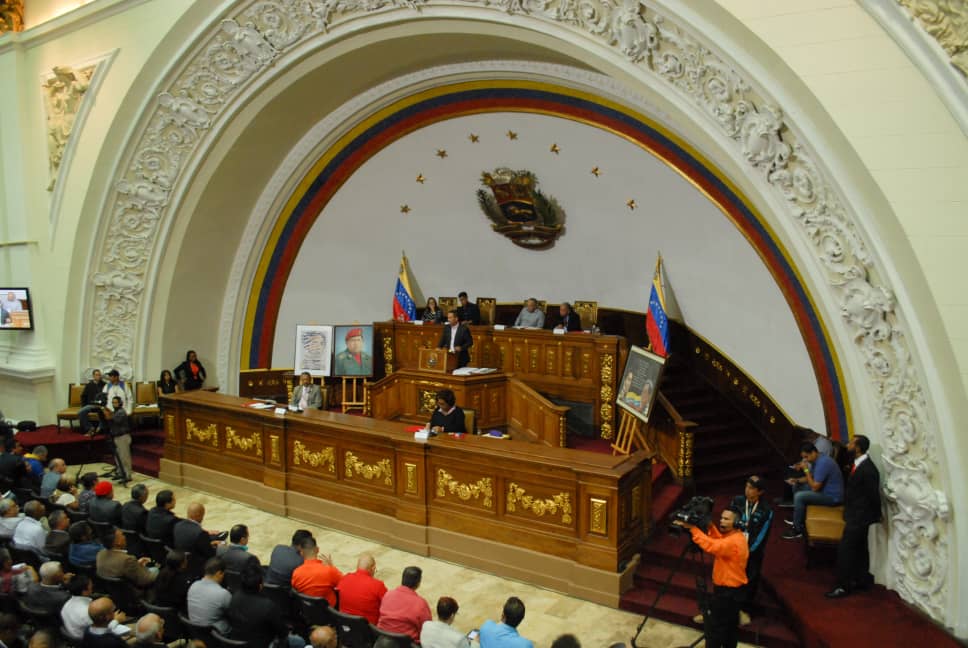 On Tuesday, the National Constituent Assembly (ANC) of Venezuela approved a Constituent Agreement in rejection of the European Parliament’s recent interventionist actions against the people and the democratic institutions of the Bolivarian Republic of Venezuela.

In this document, the legislative body, first of all, ratifies the firm determination to defend sovereignty, independence and democracy as the only way to build in peace and stability, which Venezuelans reaffirmed on May 20 when they reelected Nicolás Maduro as President of the Bolivarian Republic of Venezuela.

Secondly, the ANC expresses its determination and commitment to defend with the sword of Bolívar and in a civic-military union the sacred interests of the Venezuelan people and their social achievements in 20 years of the Bolivarian Revolution, after 500 years of anti-imperialist struggle.

Lastly, the ANC rejects the unacceptable interference of the imperial powers, whose symbol today is expressed in the attitudes of the European Parliament.