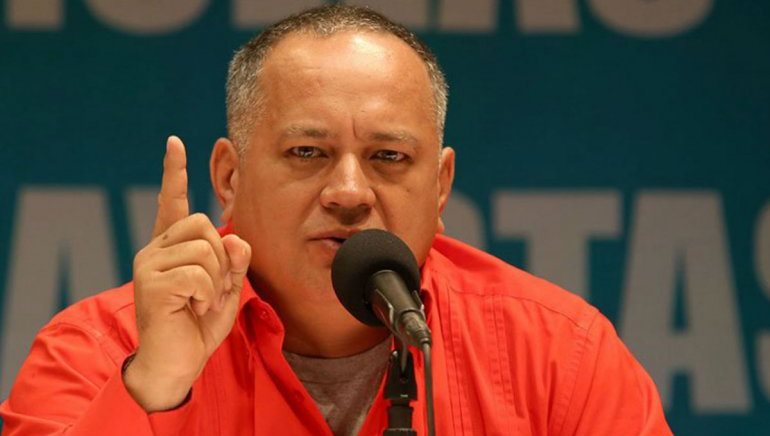 President of the ANC rejects interference of Spain in Venezuela

The president of the National Constituent Assembly (ANC), Diosdado Cabello, condemned on Wednesday the interference of the Spanish Congress in the internal affairs of the Bolivarian Republic of Venezuela.

“Our people are being besieged and I take the opportunity to categorically reject any attempt by the Spanish parliament to get involved in the internal affairs of Venezuela” he said from Monagas, where he commemorates the bicentenary of the passage of the Liberator Simón Bolívar by that entity.

“They can’t meddle with the affairs of Venezuela (…) The Spanish Parliament can not get involved in Venezuela’s affairs”, Cabello reiterated.

The president of the ANC led the celebration of the 200th anniversary of Simón Bolívar’s passage through the state of Monagas: “Bolívar and Chávez are a binomial and it is impossible to separate them from history”, he said.

Last Tuesday, the Congress of Spain, asked the head of State of that country, Pedro Sanchez to condemn the alleged “dictatorship” in Venezuela, as well as approve a Statute of temporary protection for Venezuelans in Spain.

Cabello firmly stated: “We categorically reject the alleged interference of the Spanish parliament, desiring to assume that they can give orders to Venezuela, to meddle in its internal affairs”.

He then added: “What do they believe? that the Spanish Parliament can give us an order from there, it is a discussion that should not even have been started, we do not care about the vote, it is a disrespect that there has been discussion in a Parliament like the from Spain”.

He also said that Spain has a lot of problems for its parliament to discuss, referring to the corruption in the People’s Party which caused the ouster of former government chief Mariano Rajoy, after the responsibility of his partisan organization in the corruption plot of the Gürtel case.

In addition to the restriction by the Spanish government to African immigrants trying to enter the Mediterranean as a result of conflicts in their region, “more than 15,000 people have drowned off the Spanish coast (…) the same Spain they used for years and years to get slaves”.

“It is the colonial Spain itself, the same Spain that believes that we are their colony”, Cabello added, demanding respect for “our sovereignty and our independence”.