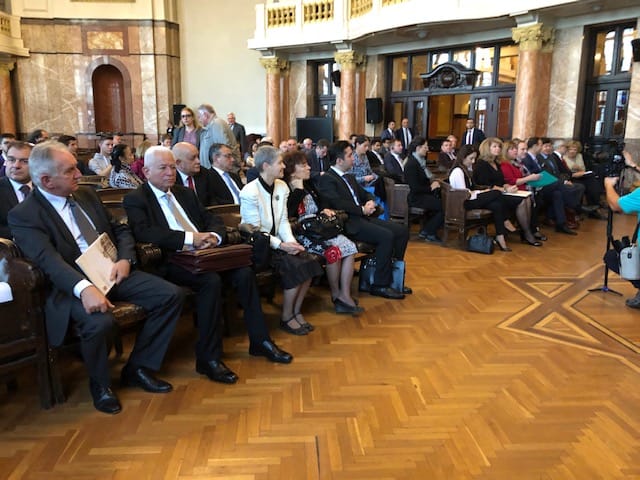 The States that make up the Movement of Non-Aligned Countries (NAM) and that have diplomatic representation in Bulgaria held an event this Tuesday, to commemorate the 63rd anniversary of the Bandung Conference held in 1955 and the first summit held in Belgrade that took place in 1961.

The Vice President of the Republic of Bulgaria, Iliana Iotova, delivered the inaugural words of the forum. The event was co-sponsored by the Institute of International and Economic Relations (EIRI), and took place in the Aula Magna of the University of Sofia “St. Kliment Ohridski”. The rector of the University of Sofia, Anastas Gerdjikov, also took part in the event.

Ambassador Jorge Valero, Permanent Representative of the Bolivarian Republic of Venezuela to the Office of the United Nations and other International Organizations based in Geneva, carried the voice of Venezuela to that international conference entitled “The Movement of Non-Aligned Countries (NAM) in a multipolar world: its role in maintaining and promoting peace and international security”.

There, the diplomat took the opportunity to explain that the principles of Bandung, as a programmatic base of the NAM, remain fully valid, since the asymmetries between developing countries and developed countries have not been overcome. In fact, they have grown in many ways.

In that sense, Ambassador Jorge Valero denounced that “the planetary wealth has grown to unimaginable levels and is concentrated in a few countries. 1% of the world population seizes the 99% of it. Poverty, inequality and inequity scourges the developing countries”.

He also stated that “the developing countries suffer invasions and armed conflicts, fueled by the geopolitical interests of the great centers of power and conflicts inherited from colonialism and neo-colonialism”.

During his speech, the Ambassador referred to the “economic and financial crisis of capitalism in recent years has generated more poverty, more inequality and more injustice in the world. Crisis that was provoked by financial speculators, with the complicity of the most powerful governments in the world and the Bretton Woods institutions”.

In this context, and taking the voice of the Bolivarian Government, he said that “in the face of this crisis, the developing countries should strengthen South-South Cooperation and create alternative and sovereign mechanisms to overcome the inequities caused by capitalism and neocolonialism”.

Validity of the NAM

In his speech, the Venezuelan diplomat stressed the importance of the principles of NAM approved at the Summit of Bandung, Indonesia, which inspire the action of this movement. He recalled that at the time of the First Summit of NAM, “the countries of the world were prisoners of a model of organization imposed by the great Western powers. Since then many things have changed. However the asymmetries between the developing countries and the developed countries remain, -and are even deepened”

Ambassador Valero highlighted the importance of the Heads of State Summit held in Margarita in September 2016, under the leadership of President Nicolás Maduro, where new horizons for NAM were opened. “In that historic Summit, our president proposed to resize the Movement to bring it up to the great causes of humanity”.

The Venezuelan diplomat emphasized that, contrary to the humanist and pacifist principles of NAM, the great powers of the West continue to endeavor to impose their hegemony and domination.

“The hegemonic imperial power until today has imposed some modes and lifestyles to modern societies, from Americanism as pretended universal thought. Presenting itself as a civilizing project. And it has been imposed with such a force that it is difficult to find any area of ​​the social fabric in which its presence is not shown”, said the Bolivarian Ambassador.

He also stressed that “Americanism does not know the realities between one continent and another, between some nations and others, between some peoples and others. It does not take into account the cultural diversity and the customs and traditions of the people”.

The Venezuelan diplomat reminded the philosopher Herbert Marcuse who analyzed, in his work The One-Dimensional Man, how the industrial societies of the so-called Western world hide their totalitarian features. And how they create false human needs that make them a frantically consumer entity. He deplored that “many peripheral countries assume as their own, the consumer stereotypes that are imposed through the mass media”.

Referring to the new realities of today, Ambassador Jorge Valero said that “the so-called new world order is nothing new. The economic supremacy and military force continue to be the source of power”.

The Venezuelan diplomat denounced that the government of Donald Trump and his allies, unable to impose their hegemonic pretensions, have resorted to new mechanisms of pressure and domination, such as unilateral coercive measures. Measures with which sovereignty, independence, freedom of trade and investment are threatened, and the right to decide by their own will, their political, economic and social systems is denied to the peoples of the South.

Ambassador Valero explained that these measures have received the majority rejection of the nations of the world, because they do not fit into international law, into the Charter of the United Nations, and violate the norms and principles that govern peaceful relations between States.

US government attacks the Venezuelan people

He expressed that these measures “intend to break the unwavering determination of the Bolivarian Government, presided by Nicolás Maduro Moros, to continue the path established by Hugo Chávez Frías to build a free, sovereign and independent homeland, at the service of all Venezuelans”.

The Venezuelan Ambassador said that the Agenda for Sustainable Development, approved in September of 2015 by the General Assembly of the United Nations (UN), is a proposal for countries to advance on the path to overcome the multidimensional flaws that exist today.

Valero explained that “the 2030 Agenda for Sustainable Development grants to the equality and dignity of human beings a fundamental importance. It raises the need to build a new development model in which respect for the environment is a priority”.

“The peoples of the South must build spaces for life where the man-nature relationship is a symbiotic process; where man is part of nature. Only then can we prevent the destruction of the environment, of the natural habitat in which we live”, said the Venezuelan spokesman.

Ambassador Jorge Valero stressed that “the people must find their own and original ways to overcome poverty and inequality. It is necessary to design an economy for life, where work, rather than being a hindrance is a rewarding activity”, he added.

Ambassador Jorge Valero also denounced the neoliberal policies that have caused and accentuated a social and environmental disaster of unimaginable consequences. Policies that are implemented as well as in countries of the South as in developed countries that had reached certain levels of well-being, with social justice policies that theese had adopted after the Second World War.

“Globalization, with its corollaries: financial speculation, the free market and financial deregulation, are not – as neoliberals claim – formulas for achieving development. On the contrary, they have become the real obstacles to achieve it”, said the Venezuelan representative.

The Venezuelan diplomat concluded his speech by recalling the famous work The Satyricon, written in the first years of the first century of our era, in which Petronius asked: “What can the laws do where poverty will never succeed because it is money the one who dominates?”. 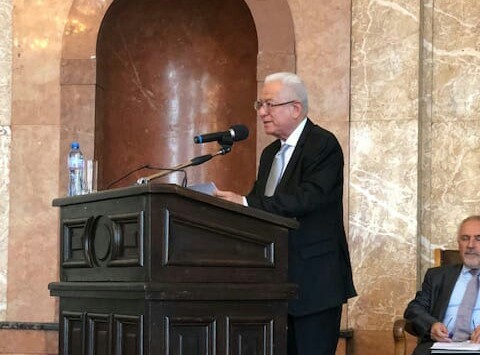