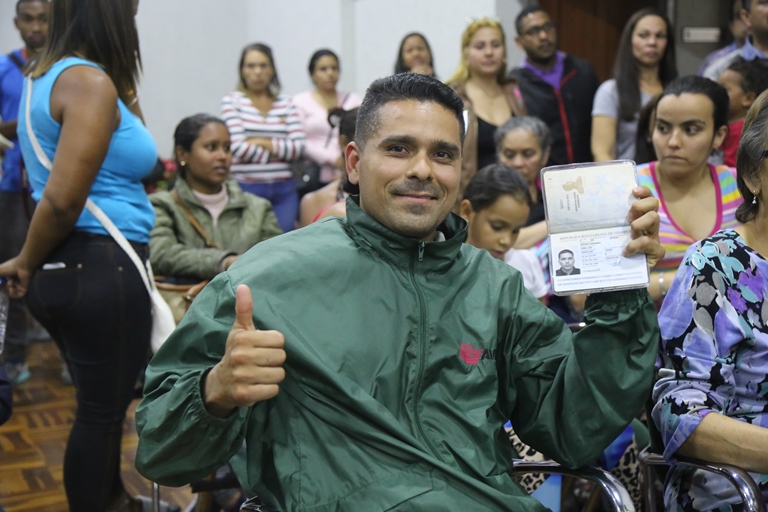 98 Venezuelans join the figure of 8,832 repatriated thanks to the Plan Vuelta a la Patria

From the Republic of Peru, more than 98 Venezuelans boarded the ninth flight that the Government of the Bolivarian Republic of Venezuela has been carrying out within the framework of the Plan Vuelta a la Patria for the compatriots who are in a situation of vulnerability in that country.

On this occasion, 26 families returned to the Homeland of Bolívar, among which 6 women between 6 and 7 months of pregnancy who were prioritized.

Thus, Daniela Martínez, gives testimony of how she was victim of a media campaign that would take her to emigrate to Peru to be able to give a better life to her husband and daughter in Venezuela, as she explained how was her stay during her 7 months of pregnancy in that nation.

“I believed blindly in what the social networks said and the supposed benefits of economic stability that this country offered, but once here, it was difficult to find a job because of the simple fact of my Venezuelan accent, lasting only 2 months, because I realize I’m pregnant and when I notify my bosses they decide to fire me, after that I did not get a job, I had to live by the charity of a room holder and it was impossible for me to have a prenatal check-up”, said compatriot Daniela Martínez.

For her part, Ana Gonzales, 48, suffered a heavy labor exploitation that caused her serious health problems.

“I worked for 15 continuous days for 12 hours in an industry of handbags and purses that caused me a lumbar disease due to the weight I was carrying, and the hours I spent standing, but I really decided to leave because of the xenophobic and rude treatment the bosses had for Venezuelans”, added Ana Gonzales.

Francia Flores, who supported herself by selling coffee in the streets with her three-year-old son, said that she not only suffered a media campaign to emigrate, but against the Plan Vuelta a la Patria too, “they said they were going to take your passport away and that make you do a military service, but I decided to investigate and carry out my process and that is what I recommend you all to do, investigate and trust in this process that the Venezuelan Government is carrying out for our welfare”.

The Bolivarian Government through the Plan Vuelta a la Patria, has repatriated with this ninth flight from Peru more than 854 nationals and a total of 8,832 Venezuelans from other nations of the region since August.