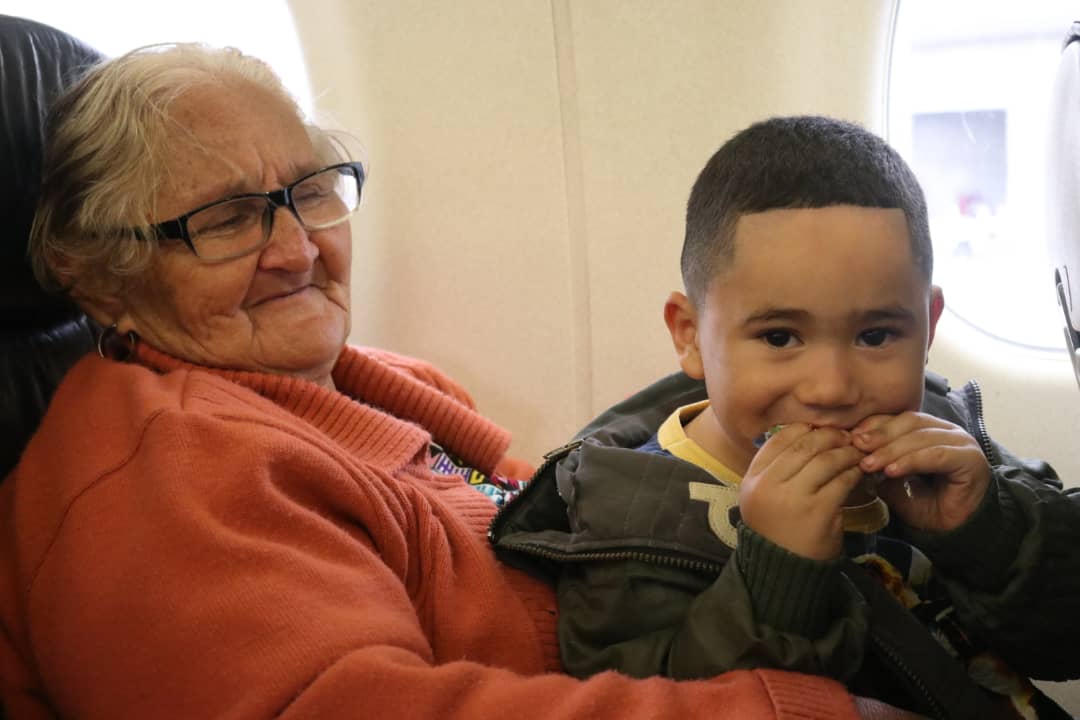 A new flight of the Plan Vuelta a la Patria, from the Republic of Ecuador, arrived on Friday night at the Simón Bolívar International Airport in Maiquetía, with a total of 93 Venezuelans, who after requesting their voluntary return to the country were incorporated into the repatriation process that continues to be carried out by the Bolivarian Government.

On this occasion, returned to the Homeland of Bolívar; 34 women, 35 men and 24 children and adolescents aged between 0 and 17 years.

As in other occasions, health cases were prioritized, accounting for a total of 24 cases; highlighting 3 pregnant women, 3 adults with cardiovascular problems and a young man suffering from epilepsy.

The nationals made it clear that the main reasons for their return are; xenophobia, labor shortages, mistreatment of women and the cost of medicines.

Marglorys Quintero, a young girl from Maracaibo, pregnant at high risk, decided to return because she feared for the cost of birth giving.

“I am 4 months pregnant and I was diagnosed with a low placenta, here in Ecuador there is a lot of discrimination against the Venezuelan woman, I could not keep working the same number of hours, I needed to rest” she exclaimed.

For his part, José Ramos, a 29-year-old man from Caracas, was severely injured in the spine due to the weight he had to lift in one of his jobs.

“I currently have two deviations and a herniated disc, which I developed while living in Peru working 10 hours a day, I moved to Ecuador to have a doctor check me but they denied me the aid” he said.

On the Quito-Caracas return flight, the Venezuelan ambassador to Ecuador, Carol Delgado, was also on board, who was expelled yesterday by the Ecuadorian government.

“I’m going to my Bolivarian Homeland, we do not need 72 hours to leave Ecuador, in less than 24 I’m on my way to my land,” exclaimed Delgado.

The diplomat also noted that there are still representatives of Venezuela in the Embassy.

“The Plan Vuelta la Patria will keep in motion, there are very competent people in charge, we are a team, there are approximately one thousand pending applications from Venezuelans who are waiting to be repatriated”, she said.

It should be remembered that the expulsion of the Ambassador comes after the People’s Power Minister for Communication and Information, Jorge Rodríguez, denied the figures presented by the President of the Republic of Ecuador, Lenin Moreno, regarding the migration of Venezuelans in the Republic of Ecuador, on September 25 before the United Nations (UN).

The nationals were received by a commission of the People’s Power Ministry for Foreign Relations in the Venezuela Room of the Maiquetía International Airport.

After singing the glorious notes of the National Anthem, welcoming words were offered by the staff of the Directorate of Consular Relations of the Ministry of Foreign Relations and Ambassador Carol Delgado, to later listen to the testimonies and experiences of the returnees.

Since the launching of the Plan Vuelta a la Patria by President Nicolás Maduro, a total of 8303 nationals have returned safely and free of charge to the country.