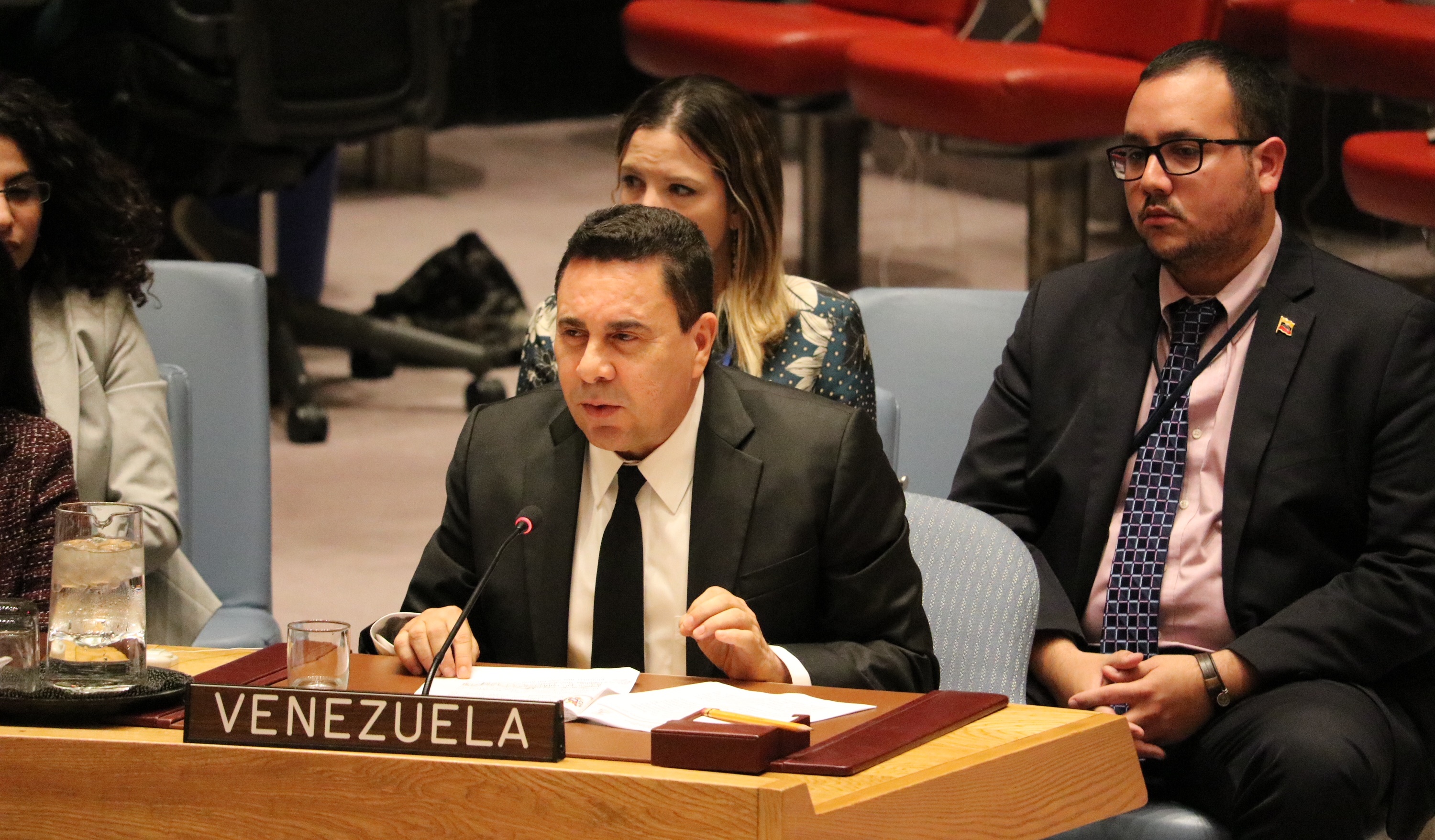 Mnoal reaffirms its commitment to the just Palestinian cause

The presidential commissioner for the affairs of the Movement of Non-Aligned Countries (Mnoal), Samuel Moncada, reaffirmed on behalf of the 120 member states of the Movement their commitment and solidarity with the just cause of the Palestinian people, during the Quarterly Open Debate of the Security Council of the United Nations (UN), on “The Situation in the Middle East, including the Question of Palestine”.

“The Mnoal reaffirms its permanent solidarity with the Palestinian people, to promote a just, lasting, comprehensive and peaceful solution (…) We also reaffirm our support for the heroic Palestinian people in their quest to obtain justice and achieve their inalienable rights and national aspirations. legitimate, including the right to self-determination, freedom and independence in its sovereign and independent State of Palestine, with East Jerusalem as its capital, on the basis of the pre-1967 borders”, said the Permanent Representative of Venezuela to the UN.

During the speech, the ambassador, Samuel Moncada, told the United Nations that the Palestinian-Israeli conflict constitutes a serious threat to international peace and security and that it requires an urgent solution, in accordance with international law, the resolutions of the UN and the Charter of the United Nations, taking into account that the situation is “extremely critical and evidently unsustainable”.

In another vein, Venezuela, in the exercise of the Mnoal’s Pro Tempore Presidency, called on the Security Council to fulfill its obligations, within the framework of the Charter of the United Nations, to defend its resolutions and insist that be respected, in particular by the State of Israel, the Occupying Power.

“The Security Council has a clear responsibility; it must defend its obligations under the Charter and must act to defend its own resolutions, which not only constitute the basis for a peaceful, just and lasting solution to the conflict, but are legally binding for all Member States of the Organization (…) We also reiterate our concern that the Security Council has been unable for a long time to fulfill its mandate in this very important issue due to the use of the veto of one of its permanent members”, said Ambassador Moncada.

Protection of civilians in the Gaza Strip

Before the Security Council of the United Nations, the presidential commissioner for Mnoal affairs, Samuel Moncada, reported on the growing concern of the Movement over the humanitarian, social and economic implications of the Israeli blockade on the Gaza Strip and which has affected more than two million Palestinians.

“Bearing in mind that Israel has clearly abdicated its obligations as an occupying Power to protect the Palestinian civilian population, in compliance with the provisions of the Fourth Geneva Convention, the Movement calls on the international community to ensure the protection of Palestinian civilians in the Gaza Strip and throughout the whole  Occupied Palestinian Territory, including East Jerusalem, in order to address the unfortunate situation of insecurity of the employed population and prevent the loss of more innocent lives”, the Mnoal States requested, through the Pro Tempore Presidency.

In this regard, the Member States of the Movement denounced the lack of accountability for all human rights violations committed by Israel and called for the Security Council action to ensure that those responsible for the crimes, especially against innocent Palestinian civilians, be brought to justice for their actions.

Finally, Ambassador Moncada communicated Mnoal’s concern about the current funding crisis faced by the United Nations Relief and Works Agency for Palestine Refugees in the Near East (UNRWA), following the unjustified decision of the Government of the United States of America to end its contributions to the Agency, taking into account that such actions affect the most vulnerable sectors of Palestinian society, while undermining the supply of humanitarian assistance and threatening the stability of the entire region. In that context, he also rejected “the recent and irresponsible announcements by the Israeli authorities regarding the closure of the Agency’s offices in the Occupied Palestinian Territory”.