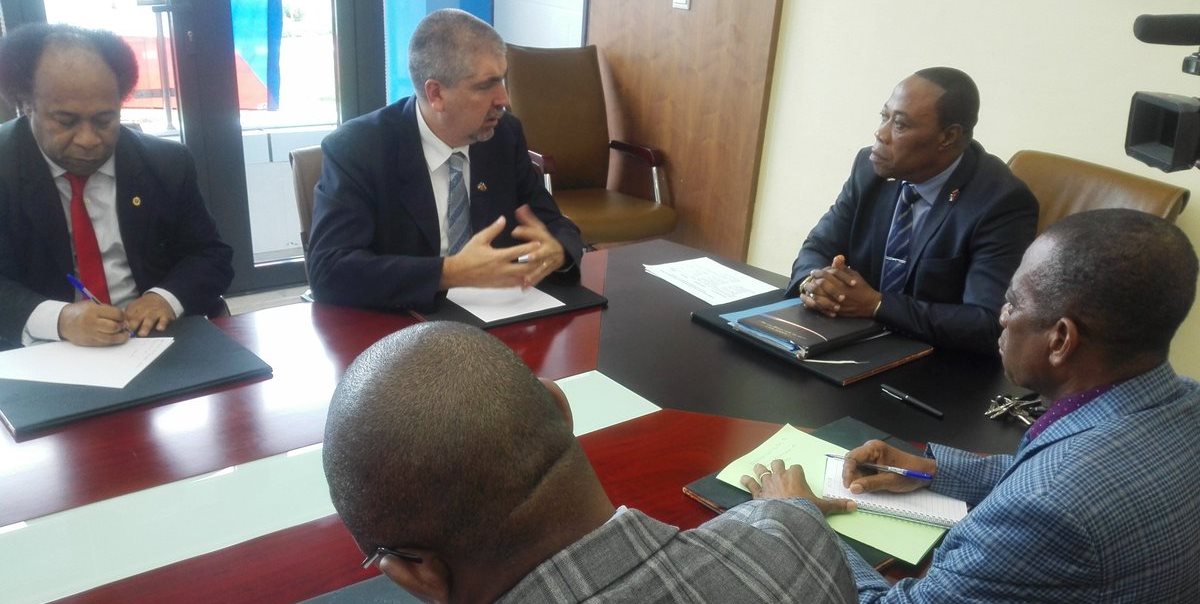 During his visit to the Republic of Equatorial Guinea, the Vice Minister of Foreign Relations for Africa of the Bolivarian Republic of Venezuela, Yuri Pimentel, held an important meeting on Saturday with Alfonso Osa Nguema, General Secretary of Civil Aviation of that african nation.

The meeting dealt with various topics of common interest, mainly the direct connection between both countries and the exploration of educational cooperation agreements in the field of aeronautics.

In the end, the venezuelan diplomat met with the Minister of Culture, Tourism and Artisanal Promotion of Equatorial Guinea, Rufino Blanco, to whom he extended the invitation to participate in the next International Tourism Fair of Venezuela 2018 (Fitven), scheduled to be held from November 22 to 25 on the island of Margarita.

This Thursday, the vice minister for Africa attended the commemorative civic-military parade for the 50th anniversary of the independence of the Republic of Equatorial Guinea, which was held in the city of Malabo.