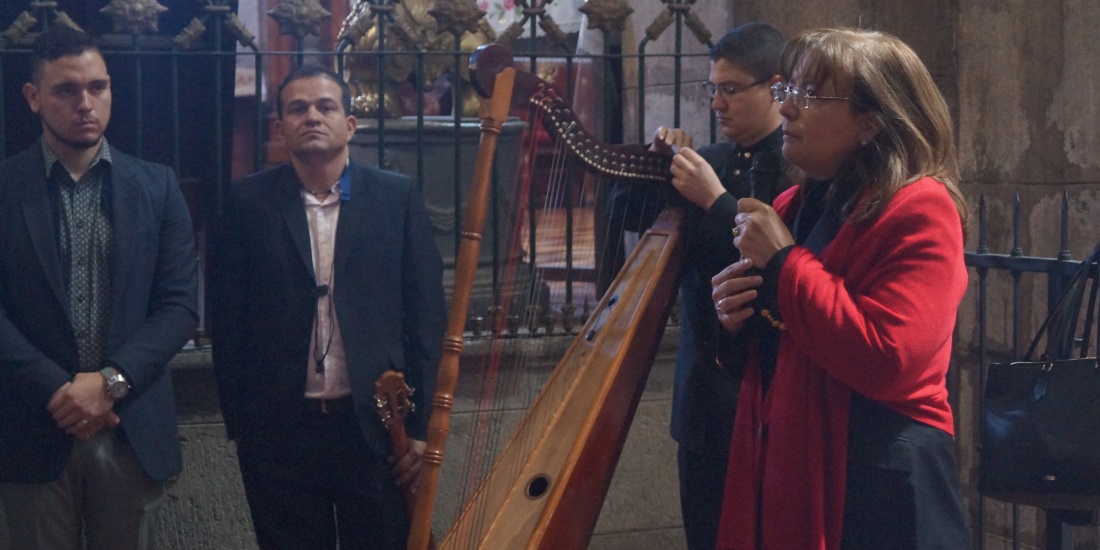 The 95 members of the fifth flight of the “Vuelta a la Patria” program that leaves from Ecuador towards Venezuela, paid tribute to Marshal Antonio José de Sucre in the Mausoleum of the Metropolitan Cathedral of Quito, where the venezuelan hero rests.

Exactly one month after the first “Vuelta a la Patria” flight from Quito, 95 venezuelans returned to venezuelan soil on October 5, after accepting the program launched by President Nicolás Maduro, which allows them to return Venezuela when they find themselves in conditions of extreme vulnerability abroad.

In the tone of the warm notes of the National Anthem of the Bolivarian Republic of Venezuela, the Ambassador of the country, Carol Delgado, welcomed the group of citizens in front of the Mausoleum of the Grand Marshal of Ayacucho, the hero of Latin American independence. Next to the remains of the Marshal, a floral offering with the phrase “Vuelta a la Patria” (“Return to the Homeland”) received the travelers.

The venezuelan Mission Chief made reference to the joy that the return of the compatriots means. “They return to the cradle of Simón Bolívar, Francisco de Miranda, Antonio José de Sucre and so many Venezuelans who gave their lives so that we would have a Homeland worthy to make the sacrifice. A Homeland where to raise our sons and our daughters. A Homeland where to be really human and useful. That is to say, a sovereign Homeland, emancipated from the designs of any foreign power. Precisely for this reason our Liberator Simón Bolívar concluded: let us build a Homeland at all costs and everything else will be tolerable”, she told the young men, women and children, who return on this new flight to their homeland.

With this fifth trip of “Vuelta a la Patria”, a total of 465 citizens have returned in a month  from Ecuador to Venezuela. On this occasion, the trip was made up of 21 minors and 74 adults. New editions of the flight are expected for the coming weeks, after the high demand of those who have expressed their desire to return to their country.