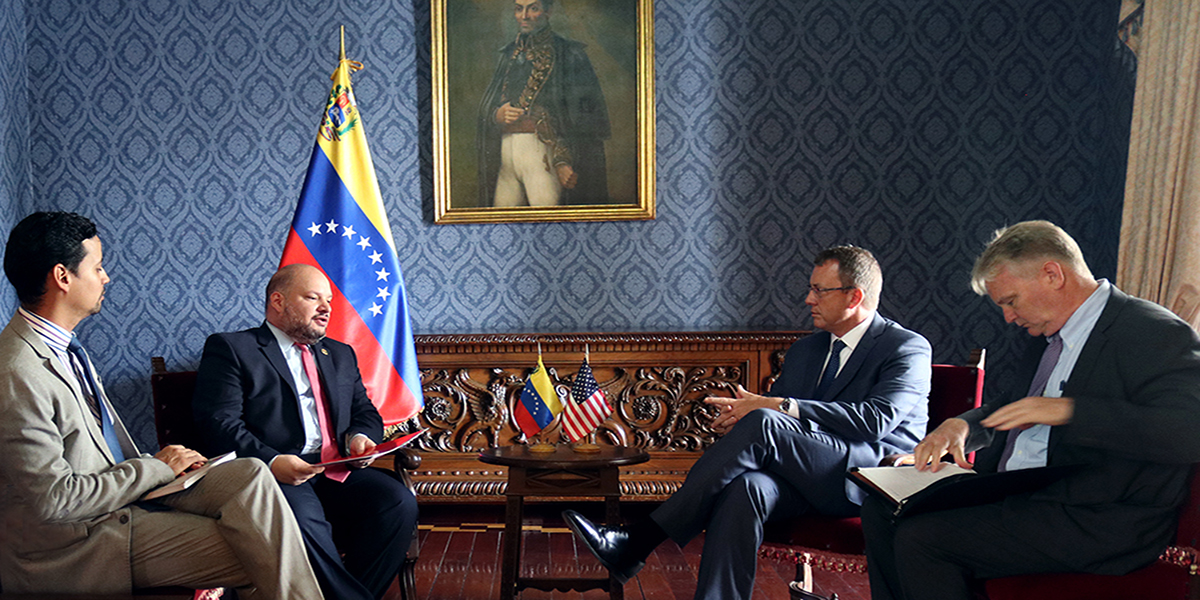 The Bolivarian Republic of Venezuela rejected again on Thursday the interventionist policy maintained by the United States government in the internal affairs of the South American country, and strongly protested the recent statements of the US ambassador to the Republic of Colombia, Kevin Whitaker.

Through a Protest Note delivered to the Chargé d’Affaires of the United States in Caracas, James Story, the venezuelan Government – through its People’s Power Ministry for Foreign Relations – condemned the interventionism of the US government, its illegal application of unilateral coercive measures and the attempt to impose by force a political project that could not achieve the acceptance of the majority of venezuelans by democratic methods.

In this regard, the venezuelan Foreign Ministry denounced Washington’s attempts to undermine the sovereign will of the venezuelan people by announcing the execution of hostile and unilateral actions against the legitimate and constitutional government of President Nicolás Maduro.

“Venezuela will not bow to the repeated threats of destabilization and demands the immediate cessation of unilateral measures that affect the fundamental rights of the venezuelan people”, the official text highlights, which warns of the intention to put into practice in Venezuela the “regime change” strategy already applied in other parts of the world.

The Protest Note was delivered by the Vice Minister for North America of the People’s Power Ministry for Foreign Relations, Carlos Ron, at the Yellow House Antonio José de Sucre located in Caracas.