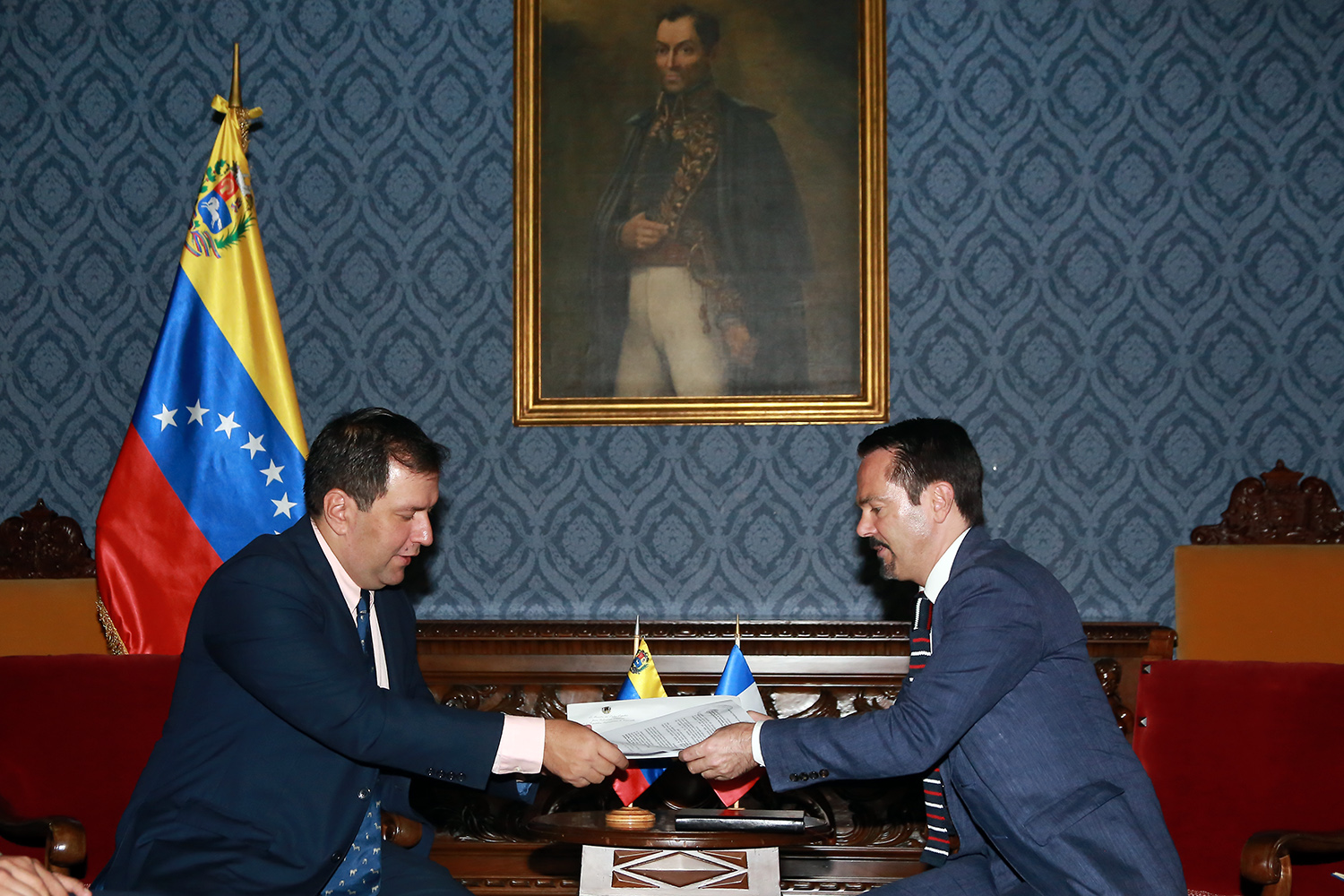 On behalf of the people and Government of the Bolivarian Republic of Venezuela, the Vice-minister of Foreign Relations for Europe, Yván Gil, delivered a Protest Note this Monday to the Ambassador of the Republic of France, Romain Nadal, in rejection of a statement expressing their support to the tendentious initiative of a group of governments that intend to instrumentalize international organizations with the intention of attacking Venezuela and generating a change of government by force.

The Protest Note was delivered at the Yellow House Antonio José de Sucre, in Caracas, which states that, “the Government of the Bolivarian Republic of Venezuela again demands the French Government not to interfere in its internal affairs through such notorious subordination to Washington’s strategy against our country, while urging them to respect the fundamental principles of international law and healthy cooperation among countries”.

Finally, the People’s Power Ministry for Foreign Relations invites the Republic of France to assume a position consistent with the principles of freedom, equality and fraternity that inspired our liberators, Simón Bolívar and Francisco de Miranda. It also calls for respecting the sovereignty and self-determination of the people.