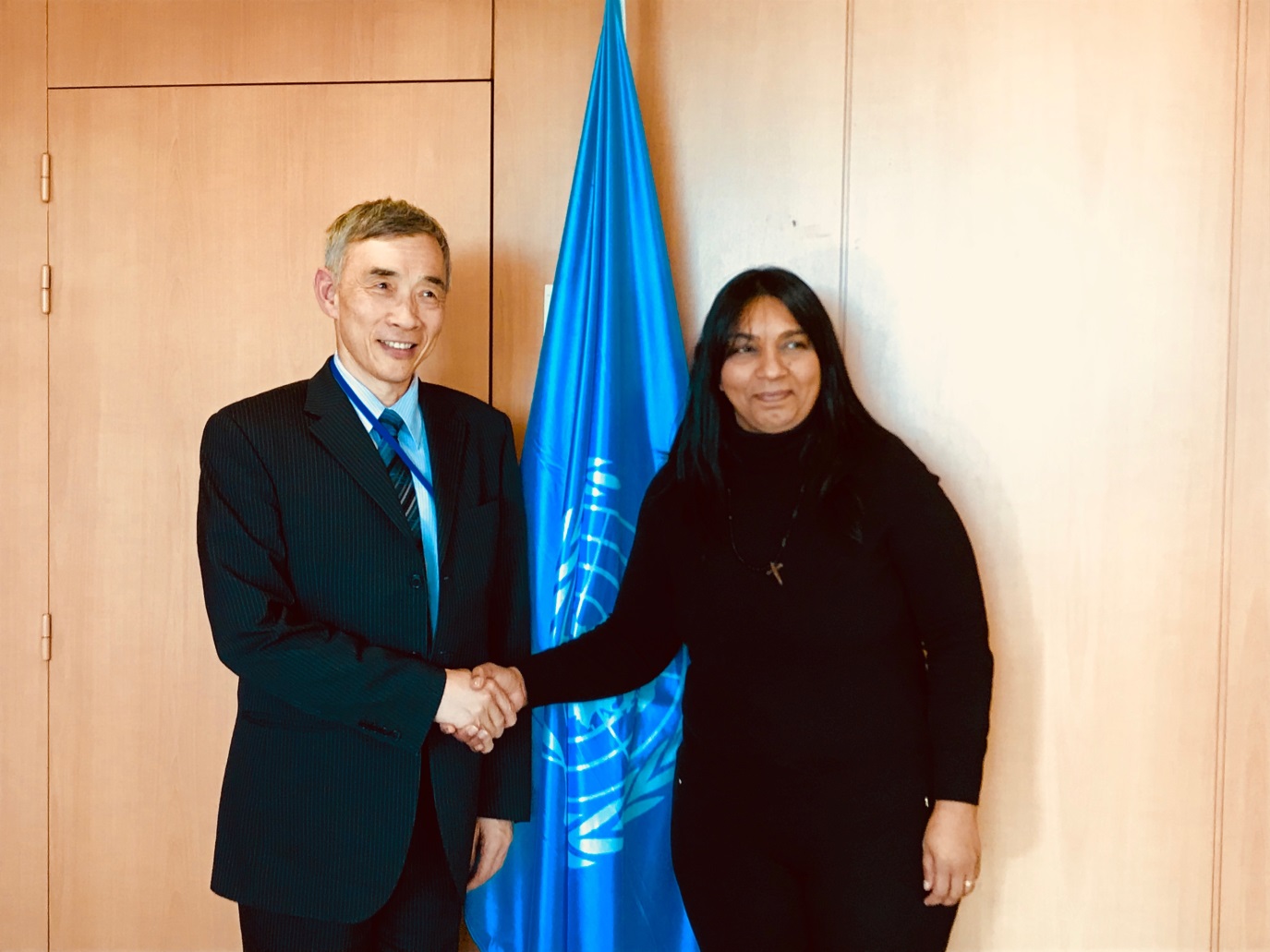 President of Fundalatin holds meeting with Director of Unesco

The President of the Latin American Foundation for Human Rights and Social Development (Fundalatin), María Eugenia Russián, held a meeting with the Deputy General Director of UNESCO, Dr. Xing Qu, at the Headquarters of the Organization in Paris, on September 25, 2018, accompanied by Ambassador Hector Constant Rosales, Permanent Delegate of Venezuela to UNESCO.

During the pleasant and fruitful conversation, the Representative of Fundalatin exchanged information on the progress in the field of human rights in Venezuela, with special emphasis on the achievements in the area of ​​social development that benefit the population.

She stressed that this new school year had the income of about 8 million students with school supplies, books, and other supplies in 25,000 schools with a tuition of 75% in public schools. She also recalled that Venezuela occupies the fifth position in university enrollment in the world and the second in Latin America, with the creation of more than 40 universities in the last two decades.

She said that it is intended “to build a narrative of a supposed humanitarian crisis in a country that has built 2 million homes, and where before 1998 only 3% of GDP was invested in education, and after 1998 7.5% invested for this right”.

Additionally, she referred to the School Feeding Program (PAE) that benefits around 4 million children in school canteens throughout the country, and to the creation of the National Institute of Indigenous Languages. She also noted that currently 11 million doses of vaccination are benefiting 9 million people in Venezuela.

She recalled that in Venezuela there are programs to eradicate poverty and ensure education, health, housing, work, culture and social security, among other social rights that have allowed the country to be a reference in the world.

Finally, she stressed that although there are great challenges, the government’s public policies reflect a commitment to UNESCO’s goals in the field of human rights and the welfare of societies in its different sectors of the organization.