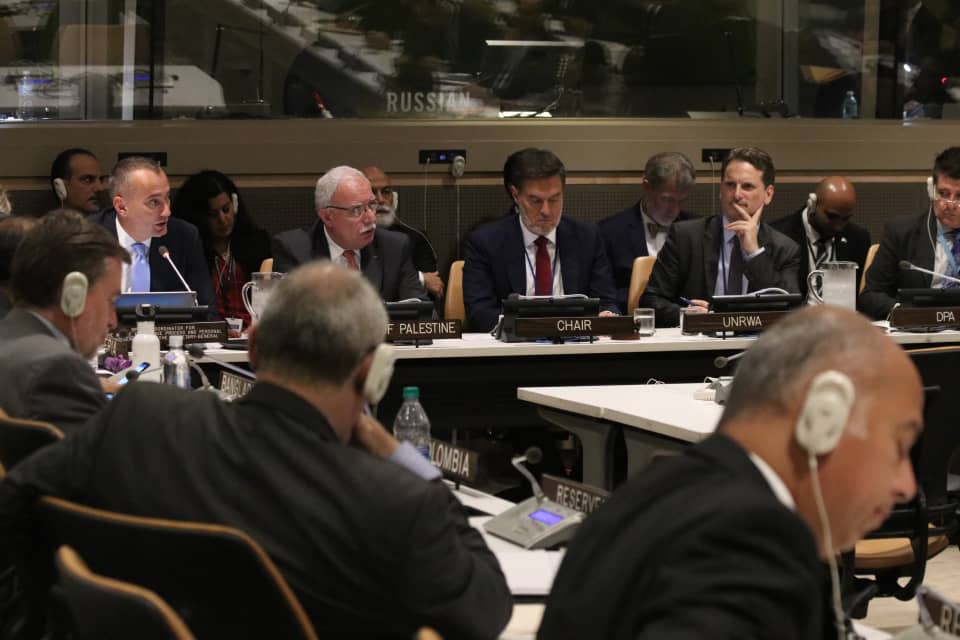 Venezuela reaffirms its faithful commitment to the Palestinian cause

The People’s Power Vice-minister for Multilateral Issues of the Ministry for Foreign Relations, Felix Plasencia, called on the international community to join efforts in defense of the Palestinian cause that has been subject to intervention by foreign powers.

In his speech in support of Palestine at the meeting of the Movement of Non-Aligned Countries (Mnoal), that took place during the 73rd Period of Sessions of the United Nations Organization, Plasencia indicated that Venezuela assumes as its own the palestinian cause and the pain of its people, reaffirming its faithful and firm commitment to this cause.

“We reject once again any unilateral measure that seeks to disturb the status quo of Jerusalem including the decisions of some governments to move their embassies in contravention of Security Council resolutions, which are legally binding for all UN member states”, he said.

He also expressed concern about the enactment of the National State Law proposed by Israel that endorses the policy of ethnic discrimination against palestinian citizens and the inability of the United Nations Security Council to fulfill its mandate on the situation in Palestine.