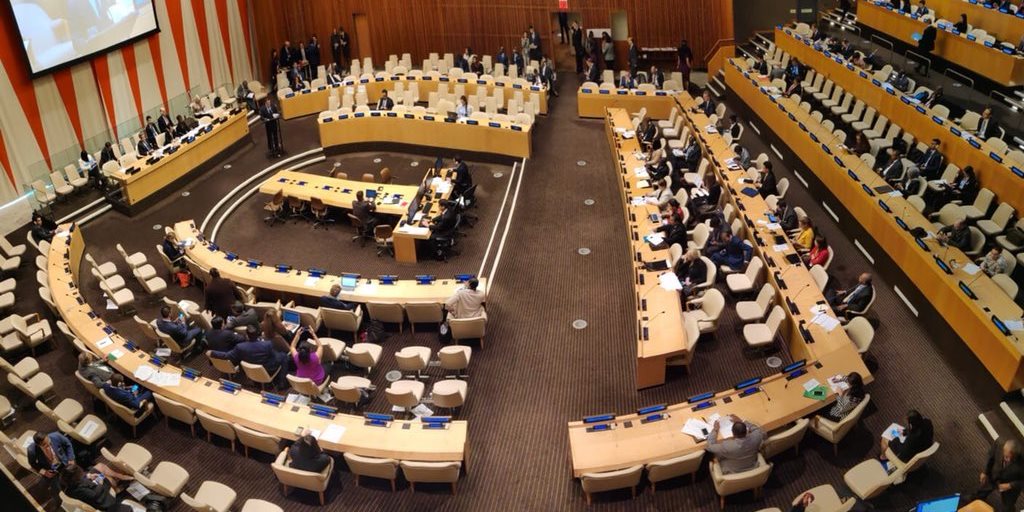 The Movement of Non-Aligned Countries (Mnoal), under the presidency of the Bolivarian Republic of Venezuela, celebrated and promoted on Wednesday the International Day for the Total Elimination of Nuclear Weapons, within the framework provided by the 73rd Period of Sessions of the General Assembly of the United Nations (UN).

On behalf of the 120 Member States of the Mnoal, Venezuelan Foreign Minister Jorge Arreaza reaffirmed the principles of the organization about firearm and nuclear disarmament, as well as the non-proliferation of any kind of nuclear weapons.

In this context, Mnoal expressed its deep concern about the delay in the progress towards nuclear disarmament and the lack of progress on the part of the nuclear-weapon States, with regard to the total elimination of their arsenals in accordance with their legal and multilateral obligations.

Therefore, the Mnoal reaffirmed the need for the nuclear-weapon States, to take urgent and concrete actions aimed to achieve the goal of nuclear desarmament.

“We emphasize, once again, that these upgradings, as well as the manufacture of new weapons of this type, also violate the commitments made by the nuclear-weapon States during the conclusion of the Comprehensive Nuclear-Test-Ban Treaty (Tpcen). and during the conferences of Nuclear Non-Proliferation Treaty (NPT) Review”, warned FM Arreaza on behalf of the 120 States that are part of Mnoal.

At the same time, the organism reaffirmed that the organization of the High Level International Conference on Nuclear Disarmament, according to the provisions established in the General Assembly resolutions, will provide an important opportunity to examine the progress made in the field of disarmament and thus, promote even more such a noble objective.

The Mnoal considers the annual commemoration of the International Day for the Total Elimination of Nuclear Weapons as one of the most effective ways to focus international public attention on the risks and threats posed to mankind by nuclear weapons and the need to eliminate them completely.

Treaty on the Prohibition of Nuclear Weapons

In his speech, the Venezuelan Foreign Minister stated that the Mnoal has taken note of the adoption of the Treaty on the Prohibition of Nuclear Weapons, which took place on July 7, 2017, within the framework of the United Nations Conference to negotiate a legally binding instrument. binding to forbid nuclear weapons.

In this regard, he stressed that the aspiration of the agency is that once the Treaty comes into force, it contributes to advance towards the goal of the total elimination of nuclear weapons.

“The time has come to adopt a new and comprehensive approach to nuclear disarmament”, he added.