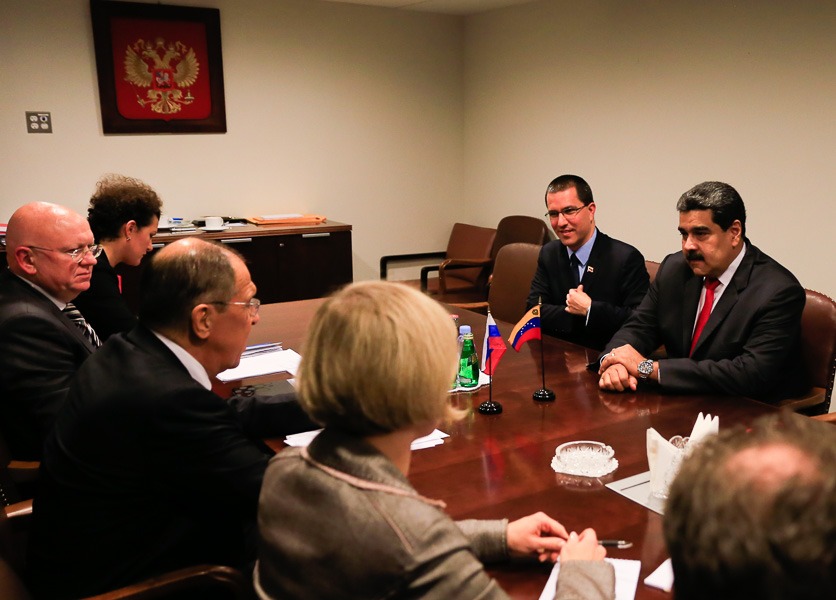 In order to strengthen bilateral relations between Russia and Venezuela, the President of the Republic, Nicolás Maduro, met with Russian Foreign Minister Sergey Lavrov.

The meeting, which was held in the spaces of the headquarters of the United Nations (UN), is part of a series of meetings to strengthen ties with allied countries.

Since the arrival of the Bolivarian Revolution, in 1999, Venezuela and Russia have strengthened their relations; and since then both countries have more than 260 agreements signed in agriculture, oil, gas, industrial, mining, military, tourism, among others.

Likewise, since 2001 they have a Mixed Intergovernmental Commission to consolidate various projects in the economic and commercial area.

Earlier, the Head of State and Government met with his Iranian counterpart Hasan Rouhani, and the Prime Minister of Jamaica, Andrew Holness, prior to his participation in the 73rd period of the UN General Assembly.