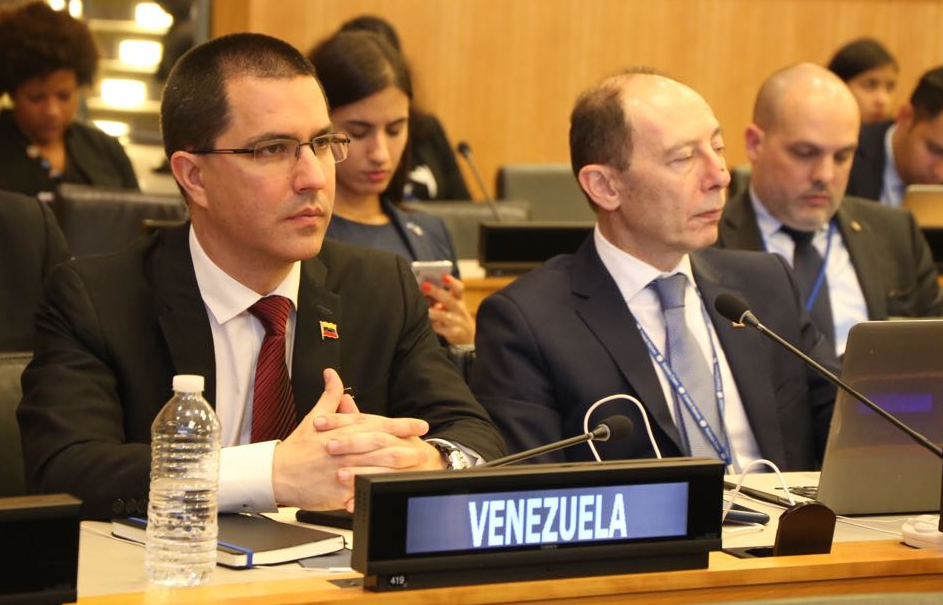 The FM of the Bolivarian Republic of Venezuela, Jorge Arreaza, participated in the XV Meeting of Ministers of Foreign Relations of the Community of Latin American and Caribbean States (CELAC) held within the framework of the 73rd Session of the General Assembly of the UN.

At the meeting where the 33 foreign ministers of the countries that make up the aforementioned multilateral organization participate, they discussed and reflected on the work performed by the Republic of El Salvador during the period that was in charge of the pro tempore presidency of Celac.

In his speech, the venezuelan Foreign Minister pointed out that Latin America and the Caribbean have a historic duty to become a great union and integration block for the future and hope for their peoples.

He added that in moments of latent imperial threats, it is worrisome to see how the US government, headed by Donald Trump, reactivated the Monroe Doctrine as a policy mechanism towards the hemisphere.

“We have to consider the relevance of Celac at a time when the banner of an anachronistic, old doctrine, contrary to international law, to the letter of the United Nations and multilateralism shows up, we have to defend ourselves against these unilateral threats”, Arreaza said.