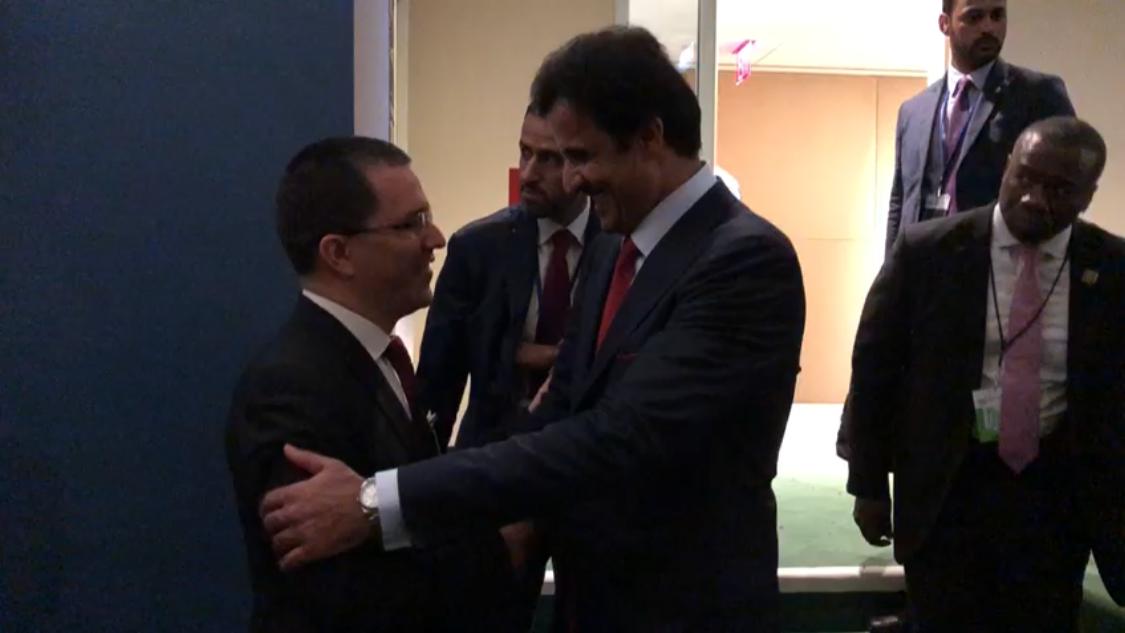 The FM of the Bolivarian Republic of Venezuela, Jorge Arreaza, held a meeting with the Emir of Qatar, Tamim bin Hamad Al Zani, to strengthen bilateral relations between the two nations.

Through his account on the social network Twitter @jaarreaza, the venezuelan diplomat congratulated the Emir of Qatar for his speech at the UN General Assembly in which he promoted the defense of multilateralism.

“We congratulate Brother Emir of Qatar, Tamim bin Hamad Al Zani, after his brilliant speech in defense of multilateralism in the UN General Assembly”, he posted on his account @jaarreaza.

Venezuela and Qatar have bilateral relations that have allowed them to advance in the area of ​​economic, commercial and financial cooperation.