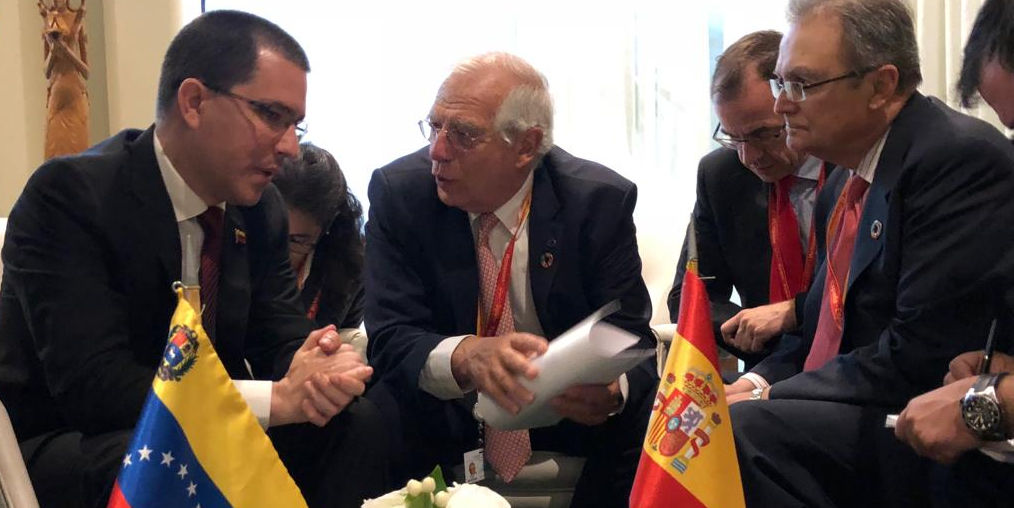 On Wednesday, in the framework of the 73rd session of the General Assembly of the United Nations (UN), the FM of the Bolivarian Republic of Venezuela, Jorge Arreaza, held a working meeting with his counterpart in Spain, Josep Borrell.

This high-level meeting was timely to strengthen the cooperation ties between Venezuela and Spain, while assessing the bilateral agenda between the Bolivarian Republic and the European country.

Recently, Arreaza held a working meeting with ambassadors accredited in Venezuela, members of the European Union where they ratified the will of their governments to continue strengthening the bonds of brotherhood based on mutual respect.