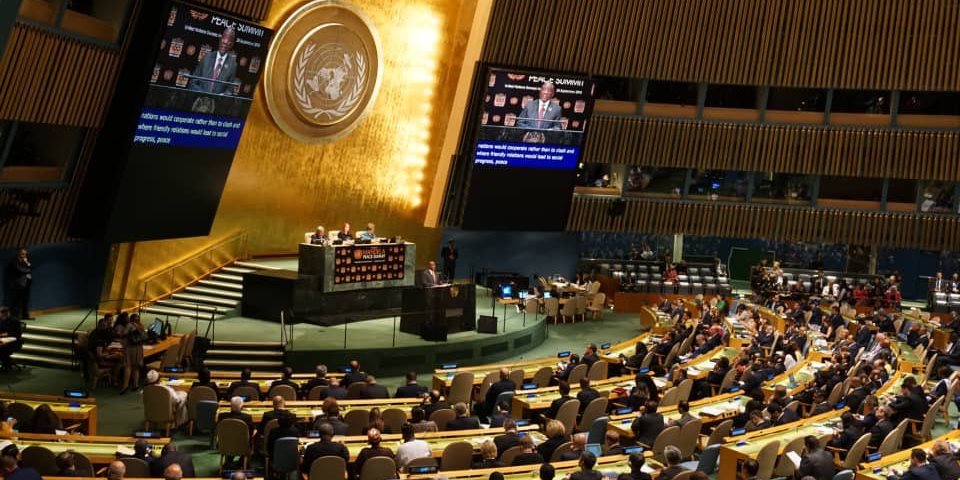 The General Assembly of the United Nations (UN) at its seventy-third session held on Monday the Nelson Mandela Peace Summit, a high-level plenary meeting that has been convened in honor of the centenary of the birth of the South African historic leader and which focuses on world peace and security.

In her opening remarks, the president of the main United Nations body emphasized that the Nelson Mandela Peace Summit constitutes a space to honor the legacy of the South African leader, and urged all States to face the conditions to build a peaceful and stable world.

“The Nelson Mandela Summit serves as the new dawn for the UN, which hopes to do what is necessary to save future generations and promote the self-determination of the peoples,” said the Ecuadorian diplomat.

Rolihlahla Mandela, universally known as Nelson Mandela, was born in the Madiba clan in the town of Mvezo, in the Eastern Cape, on July 18, 1918.

His contribution and struggle against social inequality and against Apartheid, his values ​​and dedication to the service of humanity through his contributions in the areas of conflict resolution, the promotion and protection of human rights, reconciliation, gender equality and children’s rights, outlined the indelible imprint of the South African historical leader.

The intervention of the Bolivarian Republic of Venezuela at the Nelson Mandela Peace Summit is scheduled for Monday afternoon.