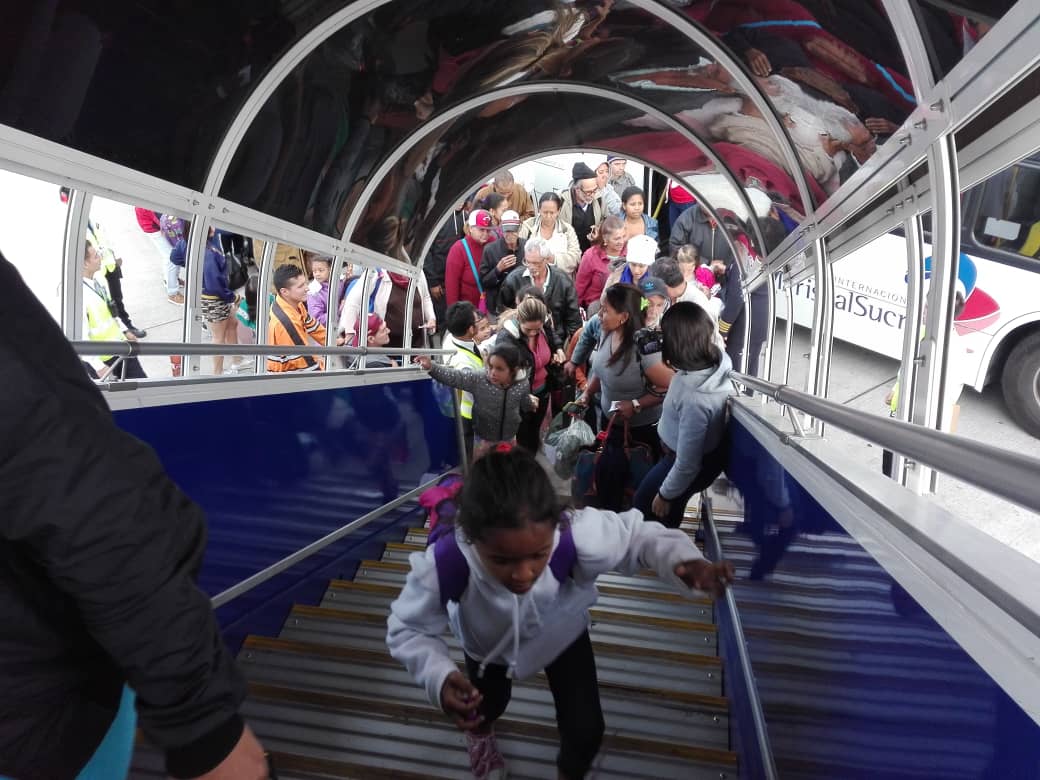 The first group of 140 nationals arrived in the morning to the country, by land from the cities of Bogotá and Bucaramanga, Colombia.

The second group, made up of 92 venezuelans, arrived at night on a flight from the venezuelan airline Conviasa, to the Maiquetía Simón Bolívar International Airport, from the city of Quito, Ecuador.

The most recent group of venezuelans that arrived to the country through the efforts of the Executive, did it from Lima, last Tuesday.

“Thanks to the Plan Vuelta a la Patria, 140 compatriots from Colombia and 92 from Ecuador return to the country today. They return to their homeland to work, to study to fight. Welcome! Our embassies and consulates continue to support thousands of compatriots who want to come back home”, was the message published by the FM through his twitter account @jaarreaza.

The Plan Vuelta a la Patria, promoted by the president of Venezuela, Nicolás Maduro, is aimed at supporting venezuelans who emigrated to other nations but who after encountering acts of xenophobia, health problems and job insecurity, now wish to return to Venezuela, with the premise of studying and contributing to the reconstruction and economic growth of the country.